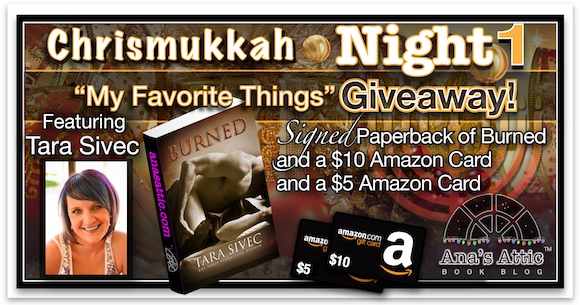 It’s no secret that I LOVE Tara Sivec. My blog is kind of an homage to her! Seriously, almost all of my favorite reviews and special posts are with Tara. One of my absolute favorite series is her The Chocolate Lovers Series, and the spin-off, Chocoholics. In fact, I loved it so much I HAD to meet the author, and developed Wicked Book Weekend (before signings were a thing) just so I could meet her. This February will be her 4th Wicked Book event, and I’m not sure I’d do it without her!

But not only does she write the hysterically funny series, she writes emotional, fun and suspense, exciting mystery, tear jerkers and sexy as fuck.

Let’s go through them, shall we?

BOX SET of the books above

Seduction and Snacks: “I was trying to figure out a way to tell him his love mayonnaise had mad skills and no one at this table could stop talking about vibrators”  See My 10 star review!!!

Futures and Frosting: “Just this morning while he slept, I had left Carter a box of his favorite candy next to his pillow……..I figured it would soften him up to the note I placed next to the box telling him if he left the toilet seat up one more time and my ass got an involuntary bath at six in the morning I would put super glue on the head of his penis while he slept. I had even signed the note with a couple of Xs and Os. Who says romance is dead?”  See my 5+++++ Star Review!!!

Hearts and Llamas (short story): “Did you just say many pettings?  Do I even want to know what you’re talking about?”  See my 5 star Review

The Chocoholics Series (The kids are grown up!):

Love and Lists (Chocoholics #1): “Oh fuck, I’m touching his penis. My hand is on his penis. I was so excited I didn’t even realize how hard I was squeezing his penis. And thinking about it just makes me squeeze it even harder.“Ouch!”So basically, I was choking the life out of this thing and trying to detach it from his body. WHAT THE FUCK AM I DOING?!  See my 5++++++  Star Review

“I swear as soon as I set foot in this place I hear a choir of angels singing. As far as the eye can see, row after row, aisle after aisle, box after box–are sex toys. Metal shelving from floor to ceiling filled with boxes of beautifully crafted love machines. I don’t even realize I’m mumbling until Gavin punches me in the arm. “Were you just chanting ‘This is my home; this is where I belong’?”  See my 5+++++ Star Review

Tattoos & Tatas (Chocoholics 2.5): “Is there a book called “How to Talk to Your Best Friend When She Has Breast Cancer For Dummies”? I might need that. I’ve always been there for her when she needed me. I’ve always known the right things to say, why should now be any different?” See my 10 star review (May be my favorite book ever)

“I want to tell him to run as fast as he can because I’m broken. Funny thing though, I don’t want him to go. I don’t want to do anything that will make him leave because I don’t want to be strong anymore. I’m so tired of being strong.”
See my 5 star review

The Fool Me Once Series is kind of like Sex in the City meets Janet Evanovich. Light, sexy and fun about 3 female P.I.s

Shame on You “I need to get laid. I really, really need to get laid. I’m standing on a front porch of a bail jumper’s house panting like a dog.
I don’t need the help, but at least he’ll be pretty to look at. And maybe if he’s lucky, I’ll throw him a bone. Or he can throw me his bone.” See my review and Exclusive Tara video!

Shame on Me “When I start to pull one of my shoes off, Matt’s hand comes out and grabs my wrist. “Nope. Those shoes stay on. Those shoes are fucking hot.” See my review and exclusive Tara video!

Shame on Him “Dallas Osborne is a force of nature. He’s hard around the edges, crass, and full of attitude. His kiss matches his personality: it’s rough and all consuming.” See my review.

: “I’m not the one you made you stronger. You always had it inside of you. It was always because of you.” See my 5 star review and character interview

: I knew from the first moment she called me an ass that kissing her would be like a fiery explosion, neither one of us surviving without getting burned. She’s mouthy and she’s stubborn, but there’s a vulnerability buried deep down inside that makes me want to take care of her, consume her and protect her at all costs” See my review

Closer to the Edge (Playing With Fire #4)

: I haven’t read it yet, but Megan says it’s easily a favorite of the year for her.

Scorching hot (see what I did there?) with an epic second chance romance, suspense, angst and humor. And a hot, dirty talking fireman.

The look in Collin’s eyes as he continues to turn up the bass tells me he is definitely going to fuck me like an animal right now. And he’ll make me love every dirty minute of it.” See my 5 star review and exclusive video.

What is a sex word you hate to read and would never write:

MOIST. MOTHER FUCKING MOIST. Not even cake should be moist. It should be soft and delicious, never moist.

Your favorite couple (that you wrote):

Favorite book written by you:

Sleep. Wait, no. Sex. How about sex and then sleep? Or maybe just sleeping while having sex. I’m like a baby. Never, EVER wake me when I’m sleeping.

The weirdest fun fact about you:

This probably isn’t fun, but it’s definitely weird – I don’t like chocolate. I know, I know, I have a series called the Chocolate Lovers! I don’t exactly HATE it, but if I was dying and that was the last thing to eat, I’d probably just die hungry.

A new holiday tradition you started that you love:

I love them all, but how about one I hate? That fucking Elf on a Shelf. Why in the hell did I ever think this was a good idea? It was fun the first year. We did these elaborate scenes with all their toys every night or pulled shit from the pantry so it looked like the elf was making cookies. Now it’s just a shit show where the hubs and I argue about whose turn it is. We forgot to do it the other night and the kids were all distraught. My husband blamed it on me and said I went to bed too late and the elves couldn’t go back to the North Pole. Asshole. This is pretty much how it goes now at 1am: Him: “Honey, did you do something with the elf?” Me: “Awww, son of a bitch. I’ll just throw him in the freezer and say he’s making snow cones.” 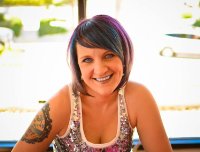 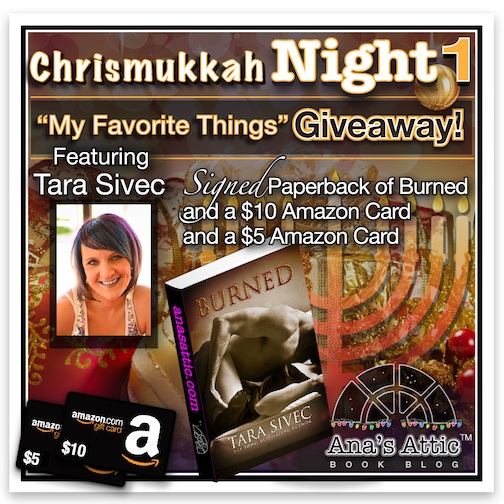