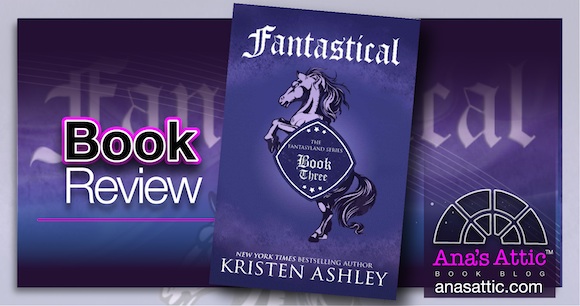 3rd in a series of interconnected standalones. Though they are about different couples, they start tying in more later in the series. You should read in order.

I am so in love with The Fantasyland Series by Kristen Ashley. Her books are always an escape, but this series is so much more. I never thought I’d be into fantasy, but once again, Kristen Ashley converted me. I loved Wildest Dreams and I adored The Golden Dynasty. They were two new permanent favorites. I loved Fantastical as well, but not quite as much as the first two.

Fantastical was more like a dirty Disney movie than anything else, believe me, it’s not bad, just sweeter and fluffier than the first two.

“I woke up in a parallel universe. A fairytale land. A fantasyland. Where they ride horses and birds talk to you and the air shimmers like it has glitter in it.”

Not only does Cora wake up in a new place, she has a sister about to get married, and she is married as well. To a prince, albeit one that doesn’t like her other-world twin very much at all.

“Does this mean I’m a princess?”
“That’s usually what happens when a woman marries a prince.”

So, as you can see, we have talking birds, sparkling air, princes and princesses…what else do we need for the perfect Disney fairytale? An evil witch! Yup, it’s in here! In fact, Cora accidentally sets off a curse, and needs to be rescued by none-other than the husband who hates her, and even more, blames her for starting the curse!

He doesn’t believe that this is a different Cora than his wife, but as they are forced to spend time together, things begin to change of course.

One really fun feature is that a portion of this book was spent in our world. It’s fun to see these people who have no electricity play with a remote and see cars. We also meet Tor’s ‘our world’ twin, Noc (their names are both Noctorno), and I had hoped to read more about him, and now I know we do. He shows up in Broken Dove and gets his own book in Midnight Soul.

To get on with the review–though the romance took a while to be all-consuming, I loved that we had to wait. It was totally worth it. Tor turned out to be another delicious Kristen Ashley alpha. A hardass with a soft center.

Despite Tor being a douchecanoe  in the beginning, I totally loved him in the end. <3 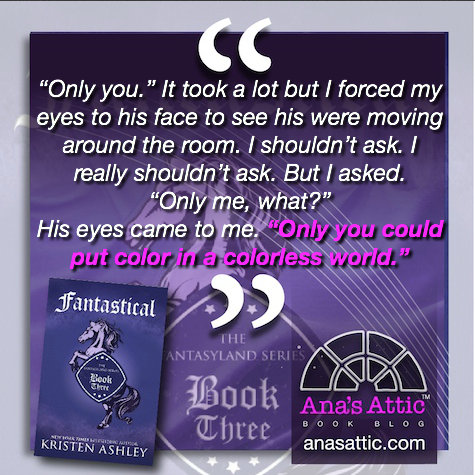 The Fantasyland Series by Kristen Ashley is a must-read, whether you think you would ever like fantasy or not. Kristen Ashley’s stories, dialogue, relationships and personalities, along with her rich attention to detail make every world she writes about incredible. Fantastical was a bit like a sexy Disney movie, and such a fun change from the same old books. I highly recommend this series, and this just added more great to an already favorite series. 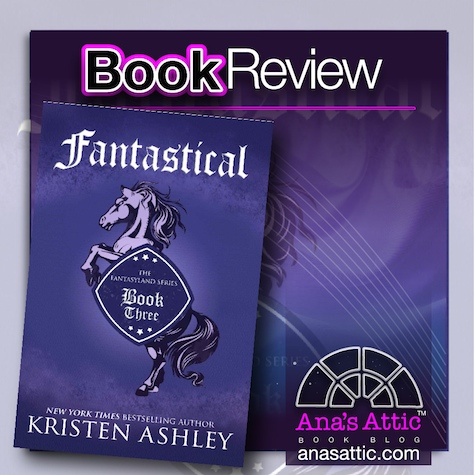