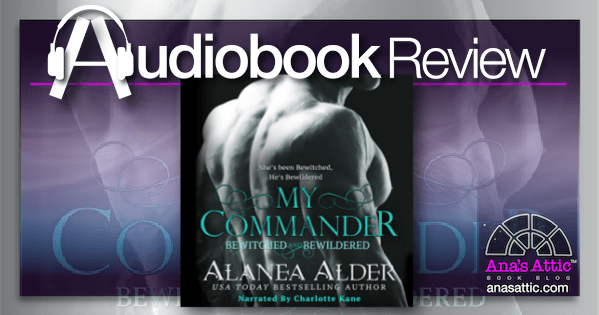 My Commander by Alanea Alder

After finishing a novella in my favorite series, The Night Huntress Series by Jeaniene Frost, I asked my readers for suggestions on a book with the same feel. My Commander by Alanea Alder was suggested a few times, so I grabbed it.

“She is a menace! She gave Colton a bloody lip, threw a lamp at me, knocked me unconscious with the back of my toilet, kicked me in the back of the head… twice and dented the roof of my trunk!” Meryn noticed that he roared the last grievance, trust a man to be more worried about his car than his possible concussion.

Meryn is a nerdy hacker who finds herself on a hike and compelled to scale a large fence to explore someplace she shouldn’t. But what actually compelled her is a pack of bear shifters whose mothers cast a spell to bring their mates to their sons.

This was a silly, over-the-top paranormal romance, but it was a fun romp. Sometimes it got a bit ridiculous, but all-in-all I had fun.

“You’re so cute.” She smiled up at him. Aiden was glad to see that the traces of fear were gone. He frowned down at her. “I am not cute. I am a ferocious killing machine. Paranormals everywhere tremble before me.”
“My teddy bear.”

This was a new narrator for me and I really enjoyed her.

My Commander was a fun little paranormal romance, but it felt like it was written by, for and about a teenager. This was written in 2014 and I think maybe I would have liked it more then. Though it was cute, I wasn’t motivated to pick up the next in the series.

Purchase My Commander Bewitched and Bewildered, Book 1 by Alanea Alder

The Bewitched and Bewildered Series by Alanea Alder has 12 books. You can see the order here. 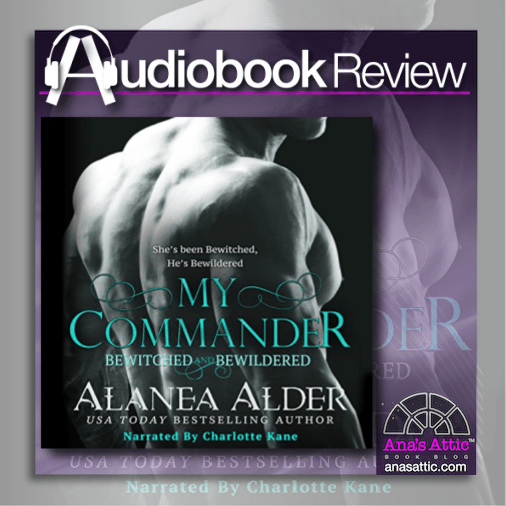