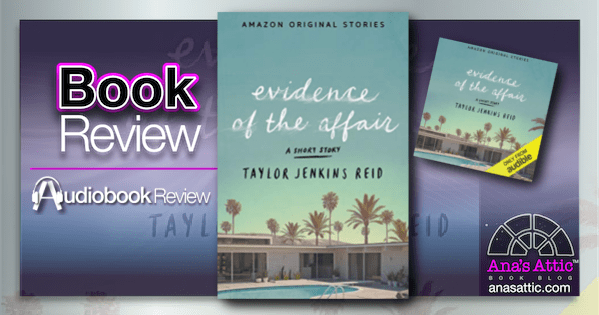 Evidence of the Affair by Taylor Jenkins Reid

I listened to the very short (1 hour, 19 minutes) audiobook of Evidence of the Affair by Taylor Jenkins Reid last month and I couldn’t believe what an interesting and cool story it was. I didn’t write the review right away, so I read the kindle version today to refresh my memory. I loved it both ways!

Taylor Jenkins Reid told this story in such a unique way. It’s 1976, and Carrie Allsop just found letters from another woman to her husband. After reading them, she realizes they are having an affair and that the woman is married to a man named David. So she writes him a letter.

“Dear Mr. David Mayer, My name is Carrie Allsop. Please accept my apologies for contacting you out of the blue…”

The entire story is told through letters between Carrie and David as well as the letters they found from their spouses. It was done so well in both the audiobook and the book. In the audiobook, we had a different voice for each person’s letter, and in the book she used different fonts. It was so creative!

Bonus: Daisy Jones and Mick Riva (who was mentioned in The Seven Husbands of Evelyn Hugo, Malibu Rising, Daisy Jones & The Six and Carrie Soto is Back) were both mentioned! See all the crossovers in the Taylor Jenkins Reid Universe right here.

This novella/short story is part of the KU program for both the book and audiobook and they were both equally as good for their own reasons. The different voices in the audio or different fonts in the book really made it easy to follow whose letter we are reading. I love how Taylor Jenkins Reid finds such interesting ways to tell stories. Evidence of the Affair was 100% through letters, and for a short story it felt very full. Highly recommend for a quicky!

Purchase Evidence of the Affair by Taylor Jenkins Reid

Both are part of the Kindle Unlimited program 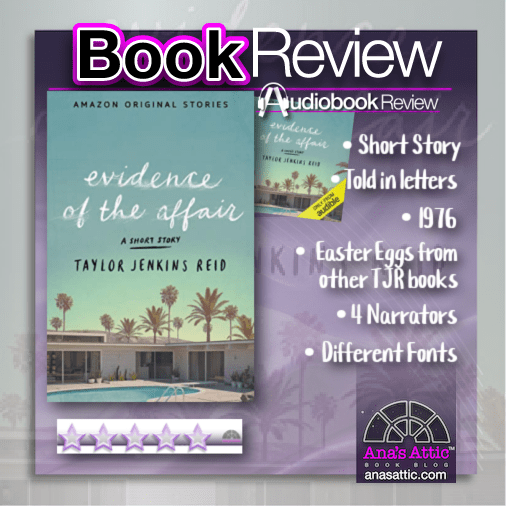