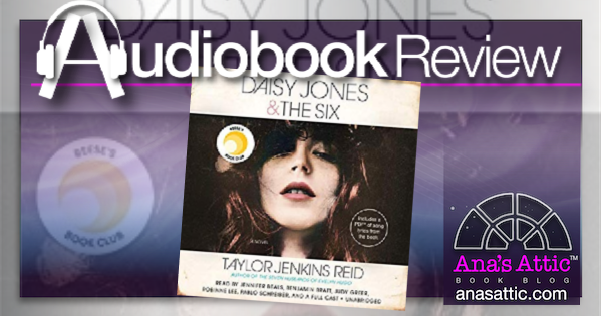 Daisy Jones and The Six by Taylor Jenkins Reid

Standalone Fictional Documentary. Soon to be a TV Show.

“I remember seeing Daisy on the dance floor one night at the Whiskey. Everybody saw her. Your eye went right to her. If the rest of the world was silver, Daisy was gold.”

Daisy Jones and The Six by Taylor Jenkins Reid is now one of my all-time favorite books. I was born in the late 60s, grew up on 70s music, and it’s still the music I love the most. My 21 year old has been playing music around the country since he was 12 and even went on tour with an Allman Brother. He played at Gregg Allman’s funeral and I stood next to Cher and watched him, so this book is right up my alley. I watch a lot of behind the music sort of documentaries and I’ve heard a lot of real stories. And I’m telling you, I almost googled Daisy Jones and The Six to see if I missed an amazing band or something, it was just that real.

“Music can dig, you know? It can take a shovel to your chest and just start digging until it hits something.”

Clearly loosely based on Fleetwood Mac, Daisy Jones and The Six is NOT a rock star romance. It’s a documentary-style account of a fictional 70s band. The audiobook was fantastic, with at least 20 narrators including Jennifer Beals and Benjamin Bratt, it was told through interviews with the band and the people surrounding them.

“I can’t think of any two things that make you quite as self-absorbed as addiction and heartbreak. I had a selfish heart. I didn’t care about anyone or anything but my own pain. My own need. My own aching. I’d have made anyone hurt if it could have taken some of mine away. It’s just how sick I was.”

Billy is the lead singer, songwriter and head of The Six, a mid-level rock band on the cusp of making it big. Billy struggles with addiction, with staying loyal to his wife and with being true to himself.

“It’s like some of us are chasing our nightmares the way other people chase dreams.”

Daisy Jones was a force. Wherever Daisy was, people paid attention. And that was before she even started singing. She was born rich, with all the money, drugs, and anything else she needed, except love and attention. We see Daisy grow from a young groupie to a star, albeit a messed-up star. 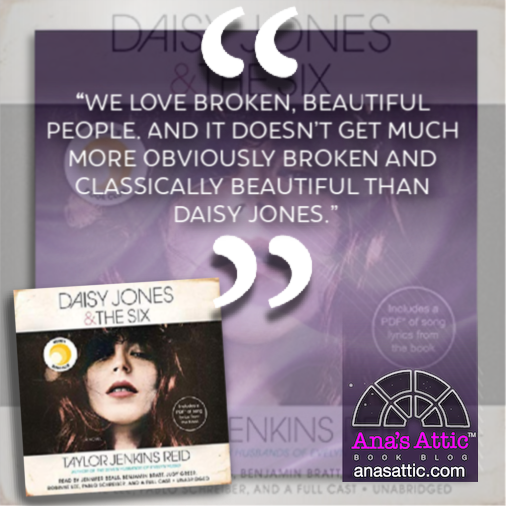 When The Six were recording their next album, their producer suggested they do one song with up-and-coming talent, Daisy Jones. Billy was dead-set against it, especially because her take on his song changed them completely. But putting the two together is the making of a legendary band.

“When you put your life in your music, you can’t be clearheaded about your music.”

Billy was married. He was a dad. He struggled with staying sober every single day. And beautiful, magnetic, drugged-up Daisy jeopardized all of it.

As the band rocketed to stardom, internal strife was ratcheted up. There were a bunch of side stories about each band member and I loved them all. It’s all sex, drugs and rock and roll back then, and this is a pretty accurate description. There was also a strong theme of feminism without being in your face. Back then it was way harder to make it as a woman. The keyboardist, Karen Karen’s interviews really showed that side of the business, and I very much enjoyed that.

“Some people will never stop being themselves. And you think it drives you crazy but it is the very thing you will think about when they are gone. When you don’t have them in your life anymore.”

You know going in that this is a story of a band’s breakup. Daisy and Billy’s love/hate relationship was at the forefront, but I really enjoyed that we got so much from outside of them; from the band, from friends, from reporters and from fans. I’m ready to get right back to listening to this a second time. 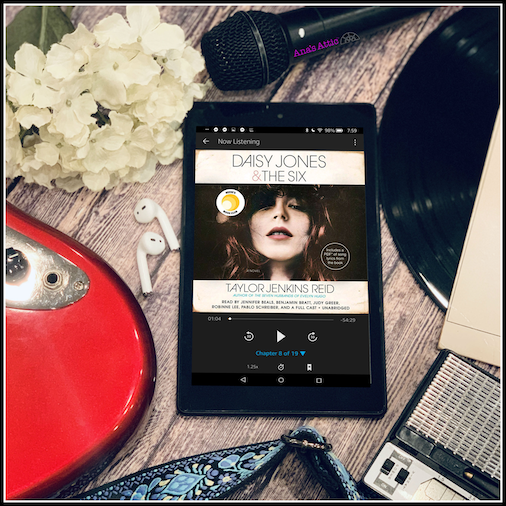 Holy cow. With over 20 narrators including actors Jennifer Beals, Benjamin Bratt, Judy Greer, Pablo Shreiber and more, listening to the story unfold was a large part of the experience. I am not sure I would have enjoyed the interview format nearly as much if I read it as I did listening to it. It lent itself perfectly to audio.

Often when I step away from my regular reads for something different, that something ends up being my favorite. Well that is certainly the case with Daisy Jones and The Six. I felt like I was watching a behind the music documentary with my eyes closed. I was able to see it all in my head and it just felt so ridiculously REAL. It was clearly based on Fleetwood Mac’s Lindsay Buckingham and Stevie Nicks, there was even a female keyboard player a la Christine McVie, but it was even more interesting because the author was able to work the story to her liking. I kept wishing it was a real docudrama, and only found out as I was writing this review that it will be turned into an Amazon Prime TV show by Reese Witherspoon’s company, Hello Sunshine. I sure hope it lives up to the book, but no matter what, it is for sure my most anticipated TV show. If you like 60’s & 70’s pop culture and music this book is absolutely for you. I highly recommend you listen as an audiobook, because the narration alone was worth the price. I plan to grab her last book now, about old Hollywood, The Seven Husbands of Evelyn Hugo.

Purchase Daisy Jones and The Six 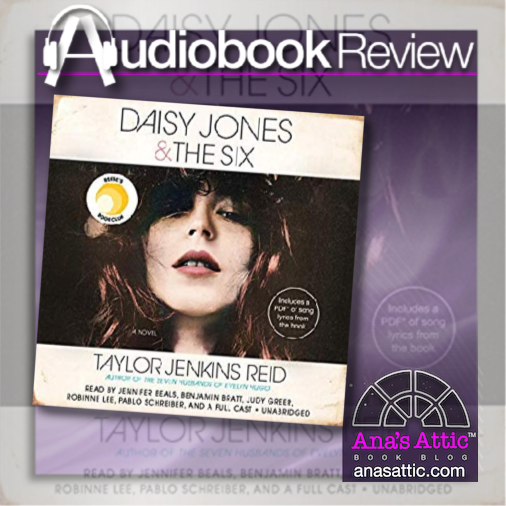