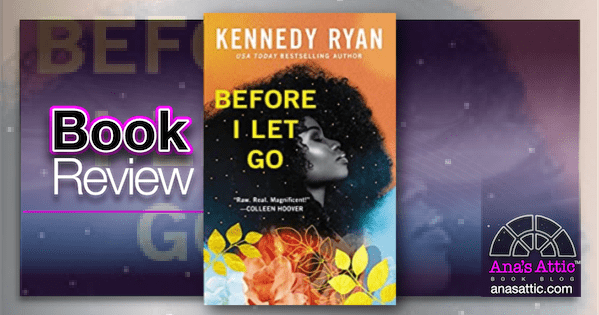 Before I Let Go by Kennedy Ryan

Before I Let Go was supplied by Net Galley for an honest review. This post contains affiliate links.

Let me start by saying that Before I Let Go by Kennedy Ryan will end up on my all-time favorites list. There was a one-day window to get the ARC of this book and I grabbed it because the cover is absolutely gorgeous and Kennedy Ryan has wowed me in the past. I didn’t read the blurb. I had no idea it would parallel my life so much and force me to make some much-needed changes.

Yasmin and Josiah were the perfect couple living a charmed life in the Atlanta suburbs. You were able to feel the love and sensuality they brought to the story, until one tragedy after another hit and they both handled their grief differently. Yasmin finally insisted on a divorce over Josiah’s objections.

They still had two kids, a restaurant business together, and they live 2 blocks apart. And they were still secretly very much attracted to each other and very much in love. But they had to move on, didn’t they?

Yasmin has spent the last two years in therapy. She has an amazing friend group. She is healed and whole again. But Josiah holds everything in and doesn’t believe in therapy. Until his son is having problems and he promises to go to set a good example for him.

My ex-husband is bi-polar and won’t go to therapy. We were married for 29 years, many of them happy, but I had filed for divorce twice before. We divorced right before the pandemic, but because of our kids we were in the same bubble and kind of clung to each other—now he is still coming over every Saturday night. We also went through a very similar loss, so Before I Let Go hits me in some very personal ways. It also pushed me to seek out a therapist for myself.

“And I think I’m most grateful for time, which doesn’t always heal all wounds, but teaches us how to be happy again even with our scars.”

Before I Let Go by Kennedy Ryan is mature, emotional, so sexy, and so raw. It deals with family, love, kids, divorce, loss, healing, therapy, friendship and so much more. I couldn’t stop reading, yet I wanted to slow down so it wouldn’t end. It’s been a really long time since a book made me feel like this. It made me think and reevaluate a lot in my life and convinced me to seek therapy for myself. But beyond that, Before I let Go is an unputdownable story that you can’t help but love. This will not only top my best of 2022 list, but my all-time favorite list as well. As soon as the audible releases, I will be grabbing it for a re-read that way.

Preorder Before I Let Go by Kennedy Ryan 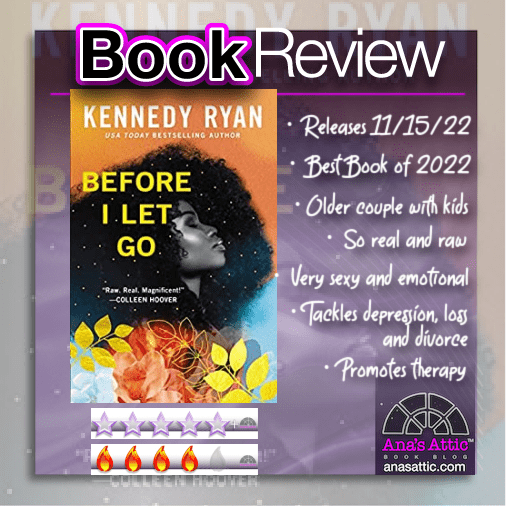