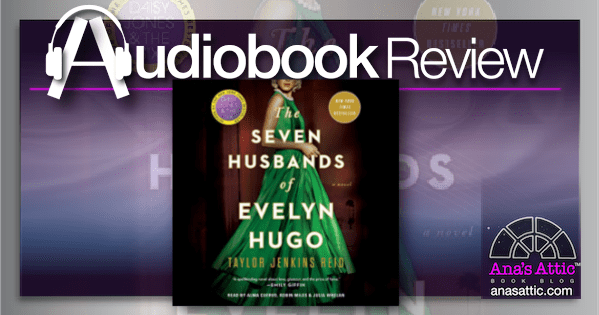 The Seven Husbands of Evelyn Hugo by Taylor Jenkins Reid

I listened to The Seven Husbands of Evelyn Hugo by Taylor Jenkins Reid on the flights to and from Los Angeles. I was crying so hard at one point the girl next to me asked if I needed a flight attendant! (I did, for napkins to wipe my tears). I had this book on my kindle for years, but it just never appealed to me enough to start it, even though Daisy Jones and The Six is one of my all-time favorites.

But I am now trying out a bunch of the heavily-hyped books to see if they live up to the hype. So I decided to try the audiobook. I found it a little slow at first, but kept thinking my mom and mother-in-law in their eighties would love it. But then it sucked me in.

The Seven Husbands of Evelyn Hugo is an epic tale spanning almost 80 years. Evelyn is a famous Hollywood star who finally wants to tell her life story. She hires Monique, a bi-racial, mid-level reporter to write her story, but we don’t know why until the end…it’s one of the book’s big mysteries.

“Do you understand what I’m telling you? When you’re given an opportunity to change your life, be ready to do whatever it takes to make it happen. The world doesn’t give things, you take things. If you learn one thing from me, it should probably be that.”

Evelyn grew up the daughter of poor Cuban immigrants. As she got older and noticed the power of her body and looks, she married a man to get her out of the dead-end city and life she was in. Evelyn is unapologetic about the steps she took and who she used to get the life she wanted. It could make you dislike her, but if anything, it was empowering and made you respect her for knowing what to do and doing it, no matter who she may hurt on her way.

“People think that intimacy is about sex. But intimacy is about truth. When you realize you can tell someone your truth when you can show yourself to them when you stand in front of them bare and their response is ‘you’re safe with me’- that’s intimacy.”

Evelyn was married to seven men through the years, but only had one true love, and it was completely heartbreaking. The book dealt with so many real problems and prejudices, especially in Hollywood. There will absolutely be some triggers for people. But that is part of what made it so good. 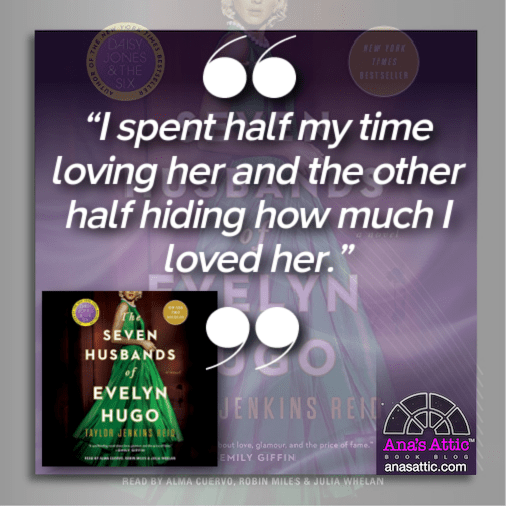 The story is told in an interesting way. Monique is writing her biography, so we have the present, and then we get into the flashbacks. The flow between it all worked flawlessly, and I usually have a problem jumping around like that. It is told brilliantly by Taylor Jenkins Reid. The only thing possibly holding me back from a solid 5-star rating is that I don’t know whether I loved any character except Harry. Evelyn amazed me, but I hated her, loved her, respected her, and was disgusted by her. But that’s exactly how you are supposed to feel.

The narration was fabulous, and I think completely added to my enjoyment of the book.

I waffle back and forth on this rating because I want to scream “FIVE STAR READ!” to anyone who will listen. But something is holding me back. It wasn’t an easy read, and I kind of had a love/hate relationship with Evelyn, but holy hell, did she earn my respect. She was ruthless and sacrificed so much on her way to the top. She used her body (or people’s reactions to it) to get what she wanted but was never able to stop hiding her true self enough to enjoy it.

The Seven Husbands of Evelyn Hugo is such a layered story, and it’s an important one. There are messages and themes running throughout to embrace all of yourself, and it shows what women have had to do throughout the years to get ahead. It’s filled with brilliant social commentary without ever hitting you over the head with it. It’s light at times, heavy at others, but engrossing the whole time. This is a book I am happy to recommend to anyone looking for a great book without asking any qualifying questions (like do you read smut?). 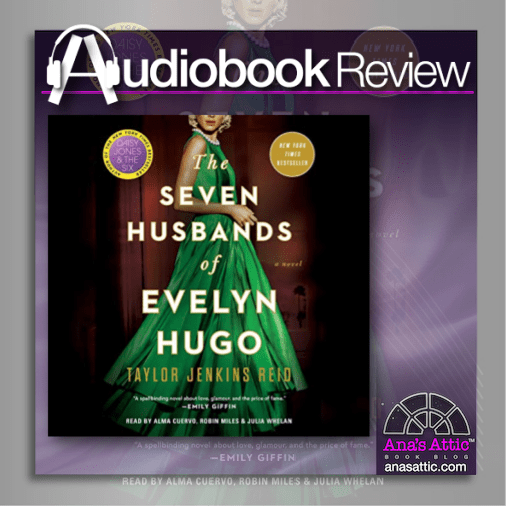