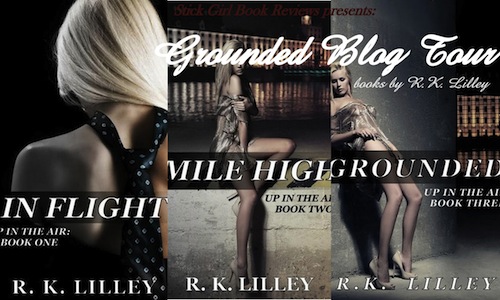 Grounded (Up In The Air Book 3)
.
See My Review Here
.
Purchase at Amazon
.
•
R.K. Lilley has graciously offered to give away an e-book of Grounded to one lucky winner. Since she is going to be with me at Wicked Girls Book Weekend this weekend (and I’ll be getting a Mr. Beautiful tattoo), I am going to give a week for this giveaway.
(Please excuse all the dots. WordPress was not my friend here)