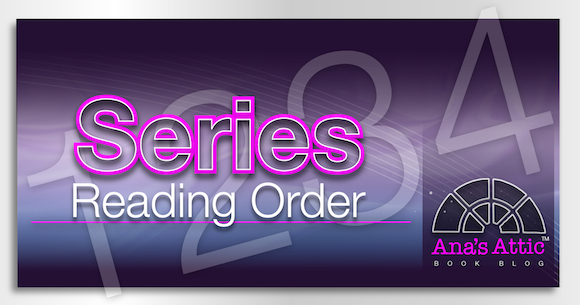 One more game. And this time, there are no rules…

After a life of pool hustling and living on the wrong side of the law, Ruby Elliott is living on the straight and narrow with sexy-as-all-hell NYPD detective, Troy Bennett. Now the only trouble Ruby has with the law is the naughty kind, pinned against the wall by Troy’s strict and spectacularly hard body. Obeying his every command. Both of them losing themselves in a lust that borders on obsession…

But then her father returns with an offer she can’t refuse: one last hustle in exchange for information. Information she’d die to have. As the pieces and the players of the game reveal themselves, Troy feels the fine edges of his control slipping–control he can’t channel without hurting Ruby. The stakes are high, and the risk higher. Because losing this final game could cost more than Ruby’s heart…it might cost her life.

Risking it All (Crossing the Line series Book 1)

Seraphina Newsom isn’t looking for vengeance…she wants justice. Three years ago, Sera’s brother was ruthlessly gunned down by one of Brooklyn’s most dangerous mob kingpins. The investigation has stalled out, deemed “too dangerous” by the police commissioner. So to track down the evidence she needs to take down her brother’s killer, Sera turns in her hospital scrubs, joins the NYPD, and goes undercover. Unsanctioned. Alone.

He’ll live to keep her safe.

With his father behind bars, Bowen Driscol has reluctantly taken over his family’s sprawling South Brooklyn crime operation. New York’s finest have other plans. By threatening the safety of his sister, they “convince” Bowen to extricate a rogue cop who’s in over her head. But when he meets Sera and feels that deep, damning shiver of desire course through him, Bowen knows there’s only one way to keep her safe without blowing either of their covers…by claiming her as his own.

Up in Smoke (Crossing the Line series Book 2)

Connor Bannon is supposed to be dead. Dishonorably discharged from the Navy SEALs, he’s spent the last two years working as a street enforcer in Brooklyn for his cousin’s crime ring. Through a twist of fate, he’s now in Chicago, working undercover to bust criminals. But when a cute little arsonist joins the team-all combat boots, tiny jean shorts, and hot-pink hair-Connor’s notorious iron control slips.

Erin “she’s getting away” O’Dea knows two things. She hates authority. And… Nope, that’s it. When she’s forced to operate on the “right” side of the law, her fear of being confined and controlled blazes to the surface. The last thing she expects is a control freak like Connor to soothe her when she needs it most. Worse, something behind the sexy ex-soldier’s eyes ignites a dangerous inferno of desire. One that invites Erin to play with fire. And one that could get them both killed…

Con artist Austin Shaw’s been in disguise so long he’s not sure where his fake identities end and he begins. Now that he’s been strong-armed into working for a specialized undercover unit working with the Chicago police—criminals with unique “skills”—the last thing he needs is to risk his iron control. Especially when it comes to a certain stunningly sexy hacker who tempts him with every look of disdain.

Polly Banks will never, ever trust a con man. On the trail of a ruthless crook who destroyed the only family she’s ever known, Polly is unnerved by the shadow who follows her every move. The one who makes her pulse pound and breath short with lust. Austin. He’s infuriating, enigmatic, and pure sex appeal, and she’s determined to resist him.

But an untrustworthy man of disguise can become anyone he wants…including a man that Polly must trust if she’s to escape their dangerous game alive.