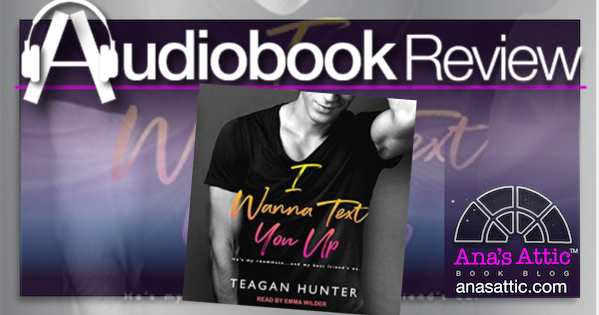 I Wanna Text You Up by Teagan Hunter

Let’s face it. Most relationships nowadays are conducted mostly via text. Text conversations allow us to be funnier, sexier, more mysterious, more laid back, and sometimes be more honest…or the opposite. That’s one of the reasons I really love this series. After listening to Let’s Get Textual by Teagan Hunter for the second time in two weeks, I jumped right into I Wanna Text You Up, which can stand alone, but is better if read after, but not right after, Let’s Get Textual. 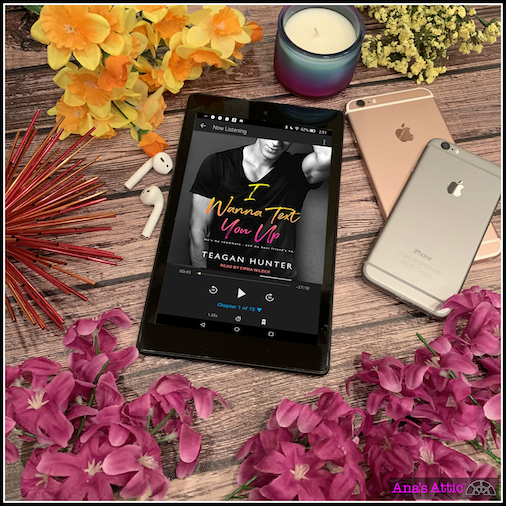 Zoe is Delia’s (from the first book) best friend and roommate. But now that Delia is moving out, Zoe wants a new roommate. She places an ad, and when she gets an email about the apartment, some fun banter begins. I was giggling right from the start! When Zoe sets up the meeting, there may be a problem….

“Because you’re my best friend’s ex-boyfriend, that’s why.”
And because I find you extremely attractive, idiot.
With how much I’ve been noticing him lately, there is no way in hell I can confine myself to an apartment with the guy. That’s a recipe for disaster and too many late-night me time sessions.

Plus, there is girl-code, and Caleb is off-limits, even if Delia is happily with someone else now, right? 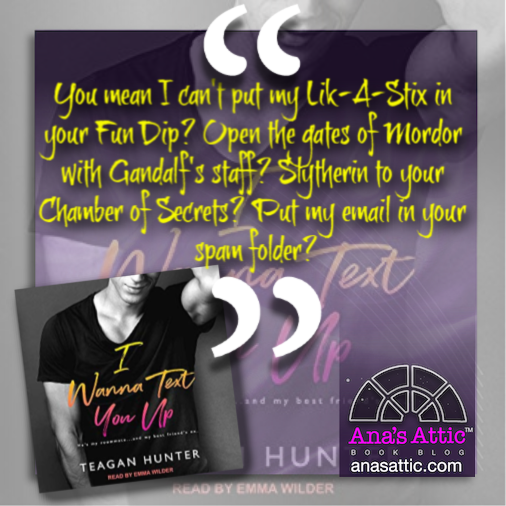 “Hey, uh, Caleb?”
“Yep?”
“Is that your dick poking me or your phone?” He presses his lips together, trying his hardest to hold in his laughter. “That would be my dick, Zoe.”

I really loved this one, almost as much as the first. Quite honestly, I think I would have loved it even more if I didn’t listen right after listening to I Wanna Text You Up twice. The books were very similar, using a lot of the same terminology in places, and even having an adorable animal. Having the same narrator exacerbated this, though I absolutely love her. I’m not sure I would have noticed if I didn’t listen in a row, so I advise that you don’t binge listen to this series, and listen to a few others in between.

Emma Wilder is a new favorite after listening to this series. I couldn’t imagine anyone doing it better. You would think a duet would work better in this type of writing (mostly texts), but it was almost like listening to a duet. She is THAT GOOD. It’s amazing how quickly she had to change voices and she never missed!

Teagan Hunter is a new favorite author for me after listening to 2 books in a row from her. I love her sense of humor, and it doesn’t even bother me at all that the characters are college-aged. The banter between the couple was amazing, and I listened to the whole thing with a goofy smile on my face. The only thing that held me back from a 5-star rating was how similar it was to I Wanna Text You Up. I wouldn’t have noticed if I listened to them a few weeks apart though, so though I whole-heartedly recommend this series, I don’t suggest bingeing on it. Listen to a few others in between, they stand alone easily. I can’t wait for the next two to come out!

Purchase I Wanna Text You Up by Teagan Hunter

See my review for Lets Get Textual
Can’t Text This Releases on Audio at the end of February 2019
Text Me Baby One More Time Releases on Kindle February 11 2019. 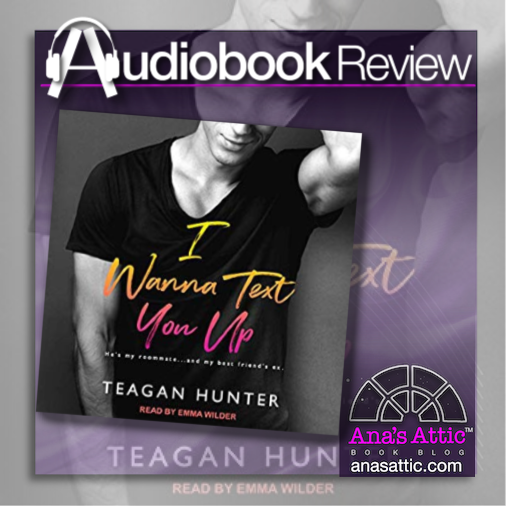