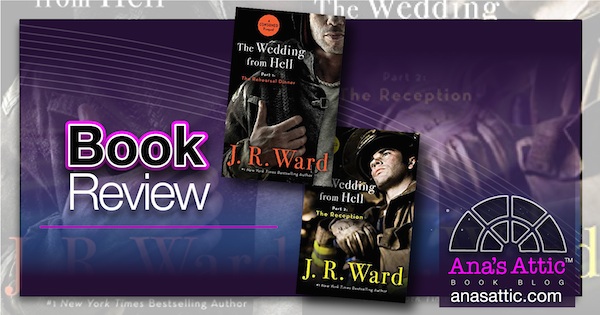 The Wedding From Hell books are free prequels to Consumed. There are three, but the third is just a sneak preview of Consumed, so for the purposes of this review, I am just giving a quick review of the first two, The Rehearsal Dinner and The Reception. I personally think it’s SUPER IMPORTANT to read these before Consumed for the best experience.

In these novellas, we are introduced to the firefighters from unit 499 in in New Brunswick, Massachusetts . Robert “Moose” Miller’s wedding is about to happen, and he is marrying bridezilla from hell. All of the guys are standing up for him, but the bride would never have Anne, a fellow firefighter, as a bridesmaid, so Anne dons a tux with the rest of the guys.

Danny has worked with Anne for two years, and he wants her badly. This awful sham of a wedding is the perfect place to make his move.

Because he wanted to be more for her. He wanted to be . . . everything . . . for Anne. And that was some fucked-up shit. When had attraction and sizzle turned into something bigger for him?

Anne is a firefighter. She doesn’t need anyone to treat her any different than any of the guys, so she is a little prickly. But she wants Danny. What could a night of orgasms do? But that’s all she wants. There is a no fraternization policy and after this one night, she is not willing to give up her position at the best firehouse in the area just for some guy, even though Danny was all in.

At first, I didn’t really warm up to Anne, but I did to Danny and I am dying to see what happens with this couple in Consumed. This was a great little prologue. We got to meet the characters, get the lay of the land, and get some important background on Danny and Anne before the events of Consumed.

Download The Wedding From Hell: The Rehearsal Dinner by JR Ward (FREE)

Download The Wedding From Hell: The Reception by JR Ward (FREE)

Before you do, you may want to check out MY REVIEW 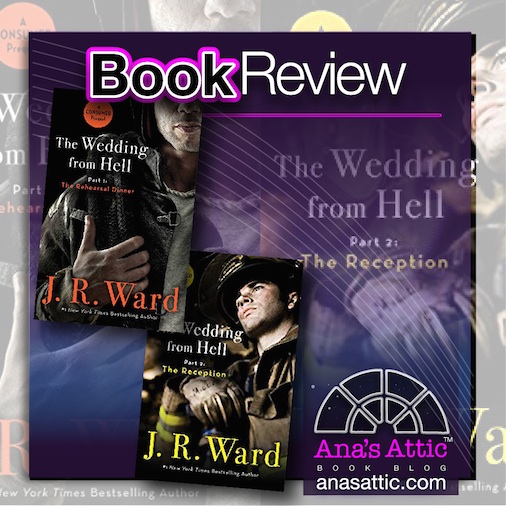