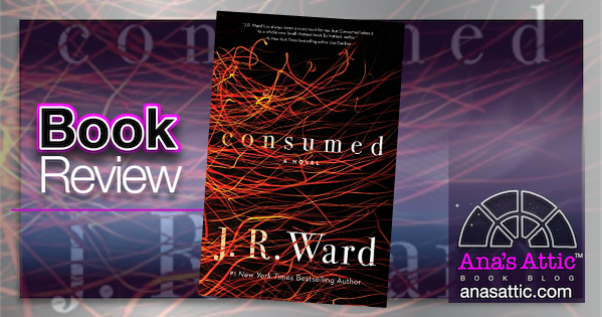 I am a big fan of JR Ward’s Black Dagger Brotherhood Series, so I went into Consumed with high expectations. I read the Wedding From Hell prequels one and two first, and I think it is absolutely necessary to read those before reading Consumed. I was dying to know what would happen to Danny and Anne after reading them.

“It’s amazing what you can live through and come out stronger on the other side.”

Consumed began with the most addictive and explosive beginning! OMG it was exciting and devastating at the same time, and many lives were changed that day. Then we flash forward 10 months. Danny and Anne haven’t seen each other in all that time, and there is an arsonist loose in the city.

I usually love mysteries and suspense, but I found this to be boring and drawn out. Much of it was procedural and inner workings of the fire department, and we even had other POVs. But to me, the thing that usually makes me love a book is the characters, and sadly, I never warmed up to Anne, and liked Danny less in this book than the prequels, though he got better towards the end. But this one quote describes Anne well.

“She felt nothing—and not just on the surface, which had no nerves to register sensation. She had no emotion about the thing, either. It was what it was, a part of her now that needed to be, by definition, as indigenous as all the stuff she had been born with. What the hell did she have to get upset about?”

I wanted so much to love Consumed, I mean it’s JR Ward for goodness sake! I enjoyed the free prequels and was excited to read more about Danny, Anne and the firefighters of Station 499. Unfortunately Consumed didn’t live up to the prequels for me. After the explosive beginning, the rest of the book was just boring to me. It was more Anne and her investigation than anything else. I found the whole thing to be kind of depressing, there were no light moments to break it up, and it was definitely more mystery than romance. At 60% I almost DNFd but it’s a long book and I already put in so much time that I pushed through. I am glad I pushed through for the end, because it did redeem itself a bit for me, and I am curious about Tom’s story. But not enough for me to continue. A lot of bloggers I fully trust absolutely loved this one, and a few DNF’d, so this one seems to be a love it/hate it type thing. As for me, I’m right in the middle, and give it 2.5 stars. 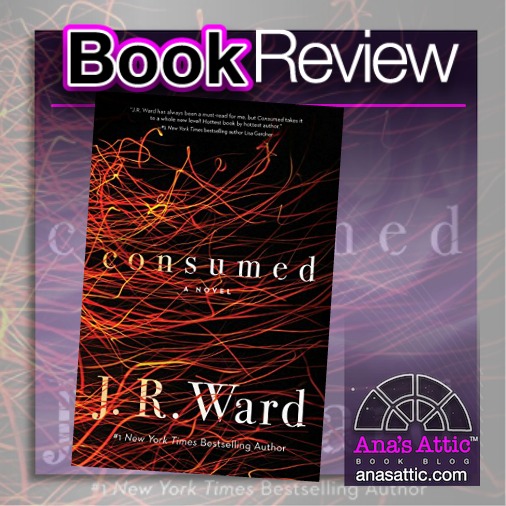