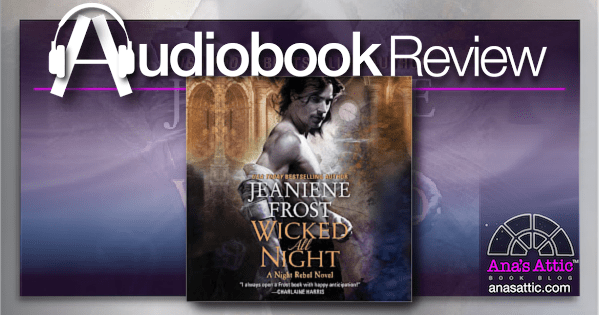 Wicked All Night: A Night Rebel Novel by Jeaniene Frost

Wicked All Night is NOT a standalone. Please see HERE for the reading order.

The Night Huntress Series by Jeaniene Frost is my favorite all-time series, but somehow I missed it when Wicked All Night came out. Ian has always been my favorite character so I couldn’t wait to read more about him and Veritas.

I loved jumping back into the Night Huntress world and Ian’s snarky humor. But this whole book seemed like it went overboard. Not only are we battling demons, but Gods too. And all of their powers, the whole crew’s, all seemed conveniently more than ever before. 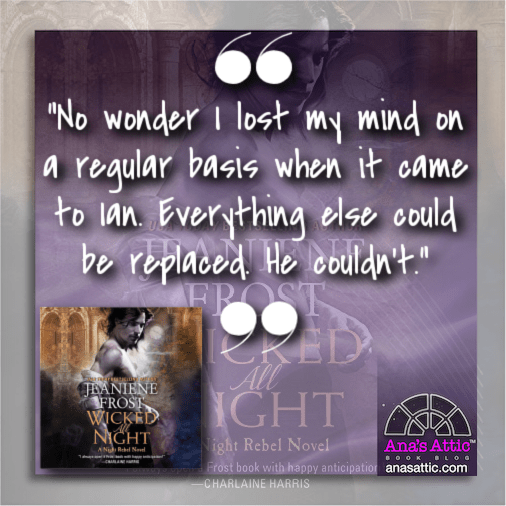 Ian and Veritas lost their edge a little bit. They spent the whole book trying to protect the other from themselves. It got old quickly and I missed the combative spark.

“He was my real home. He was also my deepest love, my wildest passion, my truest friend . . . he was everything I’d never dared to dream for, yet now had.”

Veritas’s half brother, Ashael, was my new favorite character in this book, though I also loved visiting with all of my favorites including Mencheres, Cat & Bones, Denise & Spade, Vlad, and more, but Ashael is a new, intriguing character that I hope we get to see a spin-off about.

The Night Huntress series started off with a half-vampire battling Vampires who were trafficking humans. It still felt like our world. As the series has gone on it’s gotten more and more away from our world and everything has gotten so much bigger and more over-the-top that the essence of what I really love about these books is getting a little lost in the action. Also, Ian and Veritas were never alone! Wicked All Night was missing the romance a bit because they felt they needed to stay away from each other to protect them.

Now don’t get me wrong. I gobbled this up in one day like I do all Jeaniene Frost books. And despite that it had gotten a little too over-the-top, I was still loving it. But I couldn’t imagine how it could wrap up when I was at 80%. I thought for sure there would have to be a 4th book, but noooooo. It all just wrapped up abruptly. 😩

Tavia Gilbert is so phenomenal at this series! She nails all of the accents. She will always be synonymous with The Night Huntress Series for me.

I love this series so much. Like all the other books, it was exciting and unputdownable. But it was also more over-the-top than all the previous books with the addition of Gods and realms. All of their powers got stronger, and the romance took a backseat. Plus it ended rather abruptly. Still, I enjoyed it, but I’d love to get back to the “vampires living among humans” theme. Reading this also inspired me to finally pick up Jeaniene’s other series, The Broken Destiny Series. So be on the lookout for those reviews soon. 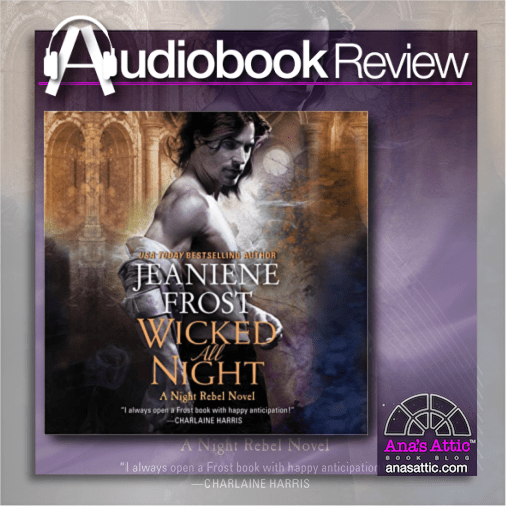