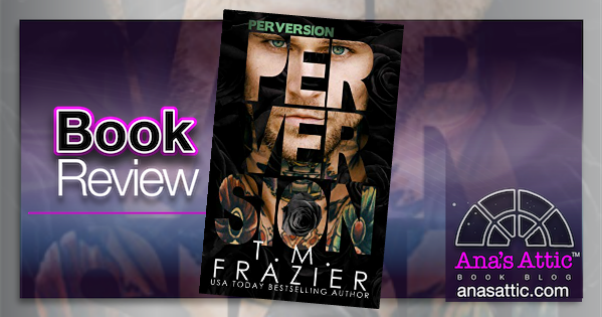 Total adrenaline rush! No matter how many books I have read this year, I didn’t read any with the urgency that I read Perversion by TM Frazier. Like an edge-of-your-seat action movie, TM Frazier kept me completely riveted. In fact, I think this is the first time since Fifty Shades I ever read a book, then went back and read it again immediately. The first time was pure adrenaline. I had to know what happened. The second time, I soaked in more details. Both times, it was amazing. And as soon as it’s on audio, I’ll read it again. I also couldn’t start another book until I reviewed this one because I want to keep that breathless feeling as I review, when usually I wait a few days to formulate my thoughts.

“That kind of girl is gonna either take over the world someday—” She lowered her sunglasses from the top of her head over her eyes. “—or be the one who fucking destroys it.”

Emma Jean met (conned) Tristan when she was 12 and he was 16 and headed to a new foster home. It was one brief meeting, but the connection between the kids was electric. They wrote letters for a bit until Emma Jean (aka Tricks) disappeared and Tristan’s letters were returned. 5 years later, he still looks for her, but her records are sealed.

“Because I need to know what happened to the girl who with one fucking touch and an accidental kiss fucking fixed me!”

Tristan, aka Grim the Executioner, was recruited by one of the three gangs that run the Florida town of Lacking. There is a serious gang war going on, and at twenty-one, Grim is being groomed to be the leader of Bedlam. Emma Jean was sent to rival gang Los Muertos, so even after 5 years in the same town, Grim and Tricks never knew the other was there. But when they find each other, that connection, that spark, zings right back.

But this time, they are mortal enemies.

“Silence passes between us and so does that magnetic current raising every hair on my arms. I’m trapped between a life I can’t live and a death I don’t want.”

As much as they want to be together, there would be an out and out war if they were.

“You can lie with your words, but your body tells the truth. You can’t fucking run from this, Tricks!”
“Yes, I can. I have to,” I whisper. “Or, so many people will die because of me.” 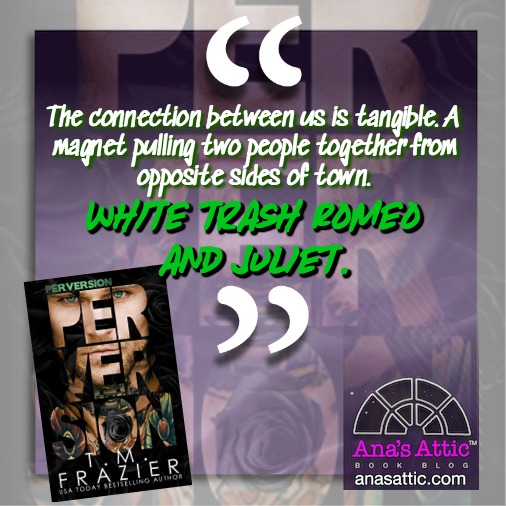 There is beatings, kidnappings, shootings and worse, and you know TM Frazier doesn’t shy away from her main characters being involved in all of it which makes her stories so unpredictable. Perversion is the first in a trilogy, and yes, it ends in a crazy cliffhanger. While in many cases I would say wait until all 3 parts are out, in this case, I say DON’T WAIT. It’s TOO GOOD. It’s a super-fast read, but I don’t think it was actually short (it’s hard to tell with a Kindle ARC), it’s just so unputdownable that you will read it in one sitting, (I read it twice in 2 days, and I’m not a fast reader) so if you want to do a re-read before the next one comes out, you probably won’t mind.

Perversion is TM Frazier’s best work to date and that’s saying a lot. I was completely riveted from start to finish and had to go right back and read it again as soon as I finished.  One thing you never have to worry about with a TM Frazier book is that it will be similar to any other book. Her style and stories are completely unique and a have a genre of their own. It took me a few years to read my first (and hers) TM Frazier book, The Dark Light of Day because I was afraid of the “dark” in the title. I don’t do dark books normally, but I feel like her books are more gritty, violent and depraved than dark and depressing. TM Frazier’s brain is a scary place. There is a reason they call her “The Evil Ginger”, and I am so glad for it because she totally delivered a brilliant, adrenaline-filled thrill ride that had suspense, twists, surprises, and a hot forbidden romance. Don’t wait on this one, the wait for Possession will just make it even more intense when you read it. 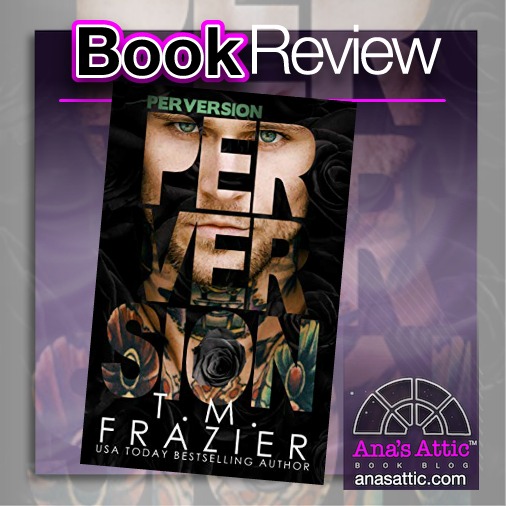