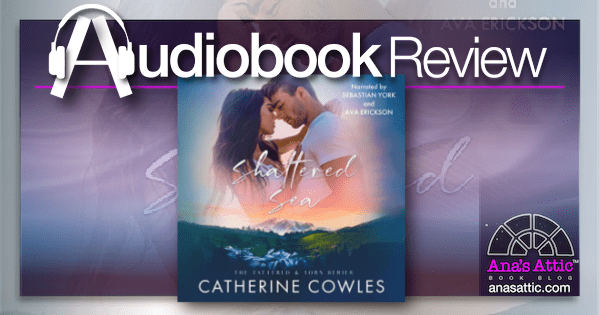 Standalone in a connected series.

Catherine Cowles is an auto-read author for me and her Tattered and Torn Series just keeps getting better. Shattered Sea by Catherine Cowles is the fourth book in this series, and it can easily be read alone, but it’s even better if you have read the three books before it, because you will know some of the characters already.

“I wanted to chase down the woman with shadows in her eyes. Wanted to soothe them and do everything I could to protect her.”

Shattered Sea is Laiken’s story. She is 28, but still living in the shadows of a tragic crash that happened ten years before. She also lives with chronic pain and some PTSD from the accident. She works in the town’s art gallery and is an artist/photographer. 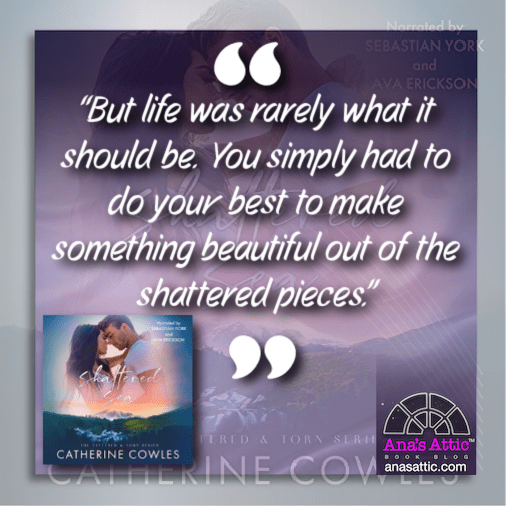 Boden Cavanaugh is a Hollywood star who has come to Wolf Gap to research a role he has in an upcoming movie and overcome his grief. While walking down Main Street he sees a photo in the gallery, and there he meets Laiken. They strike up a friendship, but Laiken isn’t risking her heart for someone who is just in town for a little while, or is he?

“There was a magic in the air that I’d been missing for a long time.”

When danger starts lurking around every corner, and people are getting killed off, Boden protects Laiken with everything he has. But the danger could be from any number of people, including his own brother.

Sebastian York and Ava Erickson are two of my favorites, and they did a fantastic job of bringing this story to life.

I didn’t review Shattered Sea immediately after listening because I was away. I wanted to refresh my memory a bit and check name spellings and quotes, so I had the kindle version as well as the audio. Though I had just listened 2 weeks ago, I read the first page yesterday, and was completely sucked in again and re-read the whole book in one sitting. Catherine Cowles has become one of my favorite authors and I won’t miss any of her books, but the poor town of Wolf Gap needs a break! There is one more left in the Tattered and Torn Series, Fractured Sky, which comes out in October and features Shiloh and the mysterious Ramsey (yay!). After that, I am really excited to see where Catherine takes us next.

See my review for Tattered Stars

See my review for Falling Embers

See my review for Hidden Waters 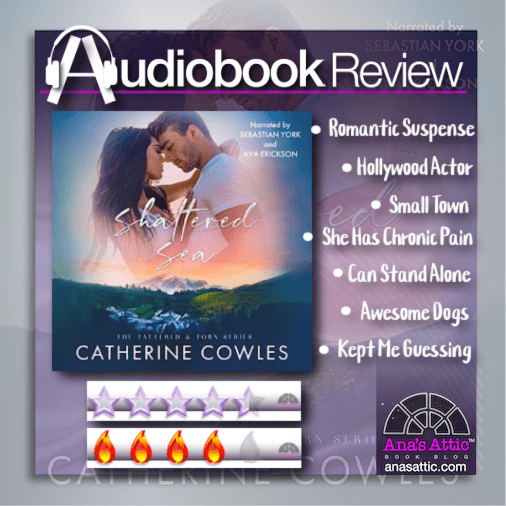