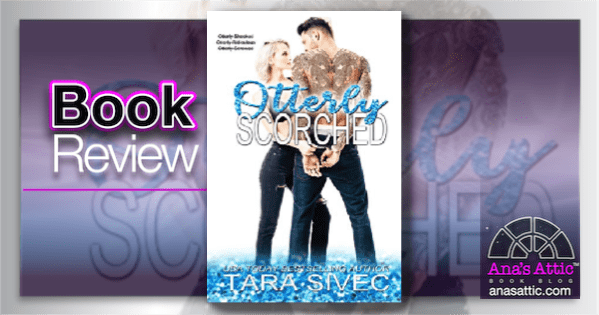 Tara Sivec is hands-down my favorite romantic comedy author. Her ridiculous sense of humor taught me to be prepared for Otterly Scorched. Armed with a panty liner, I made sure not to have any food or drink so I wouldn’t choke from laughter (or wet my pants), then I dove in. And I fell in love with all of it. 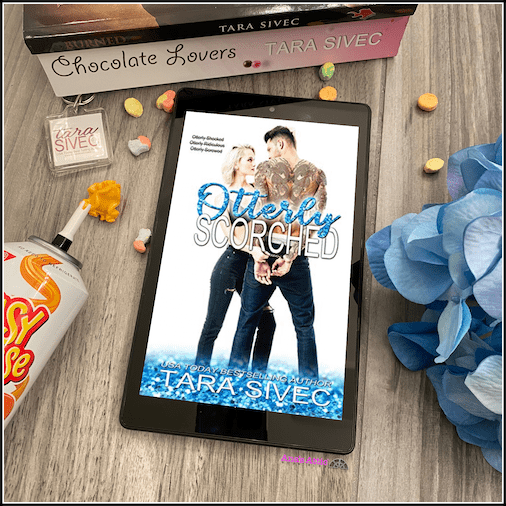 Five years ago, Dax and Harley were cops that had an attraction. But back then Dax was a playboy with an attitude that made Harley hate him while still being attracted. Now Harley runs a pet detective agency who gets a call from a screaming girly-man about his otters being kidnapped. Turns out the girly-man is Dax the Detective, and he went from suave and suited to a big, bearded, tattooed mountain man, and me likey (oops, Harley likey).

“Ovaries: Sooo, we’re just gonna ignore the fact he looks like that now, are we? LOL, okay, sure.”

Harley is 38 and has never been in a relationship. She is too busy taking care of her stoner brother and her dad who makes taxidermy party boxes. 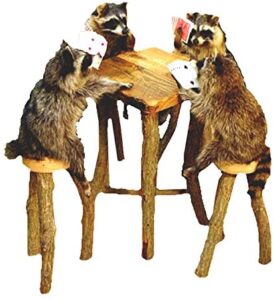 She is also the most undomestic women in the world, and has no idea how to deal with a guy who is interested in her.

“Dax: Your place or mine in an hour, sweetheart? I’ll bring the cinnamon and otter information. You bring your smile.

Harley: Listen here, dick tits, are you on drugs or something? I’ve got a serious business to run, and if I’m going to find your otters, I’m not dealing with your meth mood swings.

But then we meet the otters. And all bets are off. NOBODY can resist the cute. 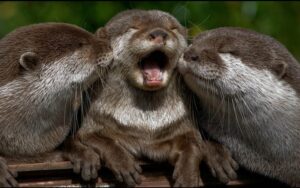 Sigh…Dax is so domestic! And so patient with Harley. And Harley and her family are just hysterical! Add to that all the side characters, and once again, you have comedy gold from Tara. 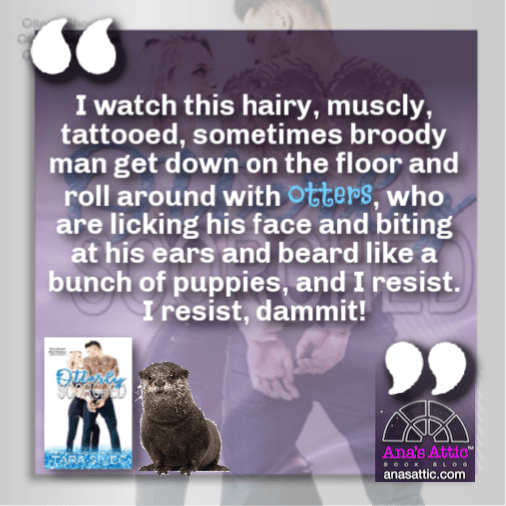 Otterly Scorched is a standalone, but there is crossover from Just My Type, and it’s kind of the third in that series. But it’s more related to Burned and Branded. Dax was supposed to be the hero of the third in that series (before his Otter days), and was best friends with DJ, the hero of Branded. But while those were sexy, emotional suspense with a little humor, Otterly Scorched is pure romantic comedy with a little mystery.

My only little problem was that Branded came out in early 2015, and I have eaten way too many ‘brownies’ to remember it. I write detailed reviews to refresh my own memory, and reading my Branded review helped a lot, but since I don’t include spoilers I still struggled to remember one thing mentioned in Otterly Scorched. DJ and Phina played a pretty prominent role, so I think I am going to grab the audiobook of Branded ($1.99 upgrade or free in audible escape) to refresh my memory better now. One thing I really loved is how Tara cleverly threw in puns, and this one refers to the original series.

“How’s the burned dick? Is it branded with coffee beans now? Heard Detective Blake really scorched the shit out of it.”

Don’t get me wrong. Otterly Scorched will stand just fine on it’s own, but as a Tara Sivec aficionado, it’s just annoying me that I don’t remember something!

Tara Sivec is the Queen of Romantic Comedy. I’ve said it over and over, nobody makes me snort-laugh like she does. She has a knack for combining ridiculous, heartwarming, sexy and sweet all while making your cheeks hurt from smiling the whole time you read. You don’t need to read anything before this, but loyal Tara fans will love the crossovers. I read a lot of romcom, but Tara makes me otterly laugh out loud and swoon at the same time! Who else can do that? Otterly Scorched combines adorable otters, characters you love, fun mystery and a swoon-worthy male lead in one book that will make you say pandemic? What pandemic?

These are all related standalones, it is absolutely not necessary to read in order (but this series is amazing romcom so you absolutely should read it!)

Dax appeared in Branded. The first two are sexy, emotional contemporary romance with some action. Otterly Scorched is RomCom.