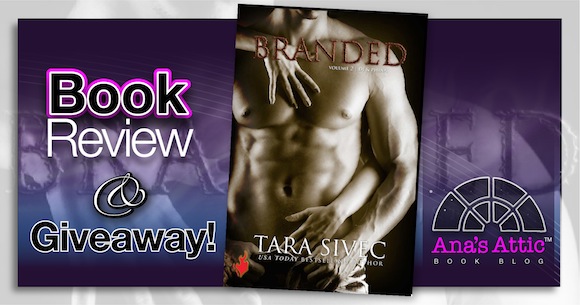 Branded (Ignite #2) by Tara Sivec, Second in a series of interconnected standalones

Burned by Tara Sivec was one of my Favorite Books of 2014. So when Branded came out, I jumped on it right away, looking forward to another mix of hot, suspenseful, unputdownable Tara Sivec. This time it’s about DJ and Phina and takes place right after Burned.

DJ and Phina were both in Burned. They are the best friends of the original characters, so while Branded can stand alone, you will get it a lot more if you read Burned first. DJ had been crazy about Phina since high school, but when the fireman/paramedic sees her again, all she does is express total hatred for him, though he doesn’t know why. Still, there is a major undercurrent of lust between the two that can’t be denied.

“I fucking HATE you!”

Phina had a really rough childhood, growing up with a dad who would burn her with cigarettes. Though he’s been in jail for years, Seraphina still brands herself as a way of coping with the rough times in her life.

“I can feel the rage simmering just below the surface, building up inside of me, making me crave the burn. I know that eventually, I’ll be forced to light a cigarette and add a few more ugly marks to my skin just to relieve the pressure.”

This is Phina’s ugly, shameful  secret. She thinks she is not good enough for anyone, and that nobody will ever accept her as she is. She never lets any man get close enough to her, because she never wants to have to take her panties off in the light where they could see her burns. But she likes sex, and DJ, in an effort to have her any way he could, offered to fulfill her wildest fantasy, and he did.

“I always wanted to know what it was like to be with two men at once, and he gave me that fantasy.”

DJ can’t handle it. Thinking back on that night just fills him with rage. She has pushed him away since, and that was the only way she would have him, but his jealousy is eating away at him. He knows she is fucked up, but he can’t stay away. She is nasty and hates him for an unknown reason, but he still can’t stay away, and refuses to give up.

“She was full of fire and piss and vinegar even back then. Now all of that fire is intermingled with something dark and twisted. It should make me want to run in the opposite direction, but I’m a fireman. We like to race right into the flames, not giving a shit if we got burned. Something tells me if I spend any more time with Phina, she’s going to leave me with more than a few scars.”

But when Phina starts getting threats and notes sent to her, of course, alpha-man DJ needs to take care of her, no matter how much her self hatred makes her push him away. 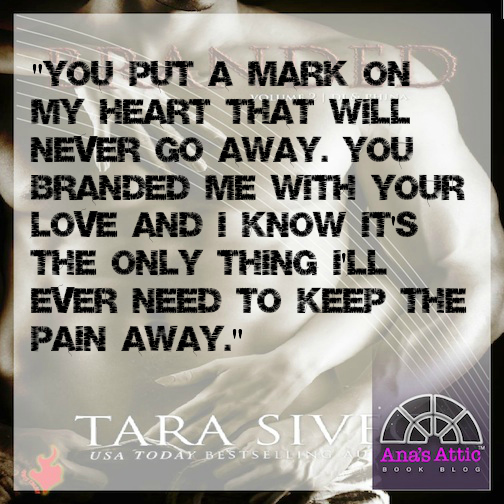 While I didn’t love Branded as much as Burned, it was still an amazing read from Tara Sivec. It wasn’t quite as epic, and was a bit too similar to Burned to earn it another 5 star rating in my book, but I still loved DJ and Phina’s story. While Burned was more erotic romance, I think this is more contemporary. I just love a book where true love can help heal a damaged person, and Tara did a beautiful job of doing just that. There was a lot of Tara’s specialties in Branded: some funny lines, sexy times, loads of suspense and romance. I can’t wait for Dax’s story, next. 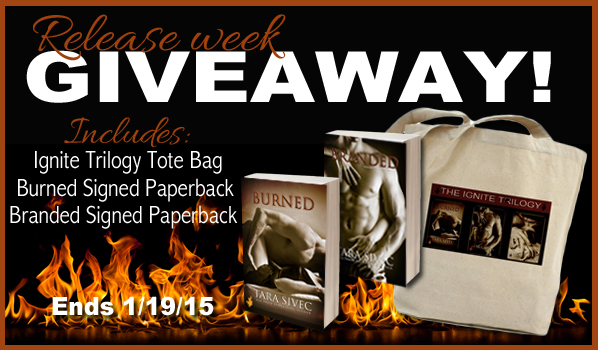 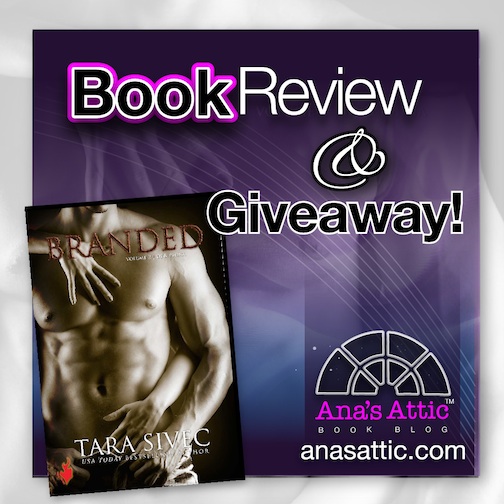