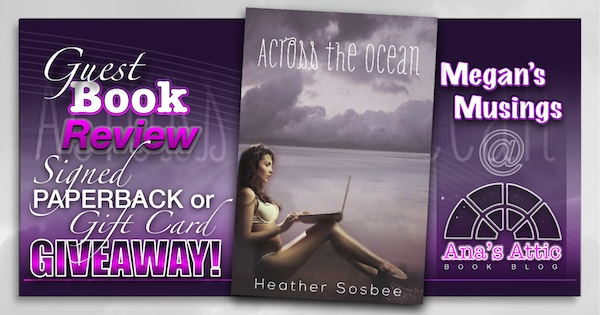 Across the Ocean by Heather Sosbee

Brooke has spent the last four years dreaming of visiting Iceland. When everything in her life seems to fall apart, she takes it as a sign that now is the perfect time to go. She leaves everything behind and heads to the land where the sun doesn’t set in the summer, the mountains are fierce, and the hot pools are divine.

Ari is the handsome Viking in Iceland that Brooke has fallen for over the years through the internet. The first time Brooke and Ari finally meet in person, sparks fly. Neither of them is prepared for the heat between them. The only problem is that Ari isn’t available. He’s involved with another woman whose jealousy brings nothing but torment between Brooke and Ari. Lines are crossed, mistakes are made and confusion reigns. Will Ari choose Brooke? Or will she be forced to leave all of her dreams behind in the land of ice and snow?

First and foremost, reading this book made we want to hop the next plane to Iceland. Heather does a phenomenal job of drawing you into the scenery of this beautiful land. She makes it feel fantastical, magical, and serene. And let’s be honest, it’s not just the natural landscape scenery I was interested in…but also the beautiful Vikings that I wanted to see up close and personal! 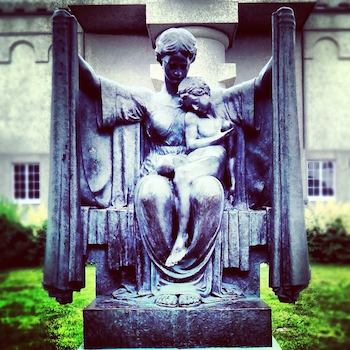 Brooke and Ari met online and developed a relationship through chat and email….a friendship with undoubtedly flirtatious aspects. It was “safe” for them to be themselves and act as they pleased, because an ocean separated the two of them. But when Brooke reaches a turning point in her life, she decides to turn her dream of visiting Iceland into a reality. Ari and Brooke’s first in-person encounter creates major sparks….and total awkwardness. Why awkward? Because Ari is in a relationship. And neither of them knows how to act around one another. The sexual tension is THICK! 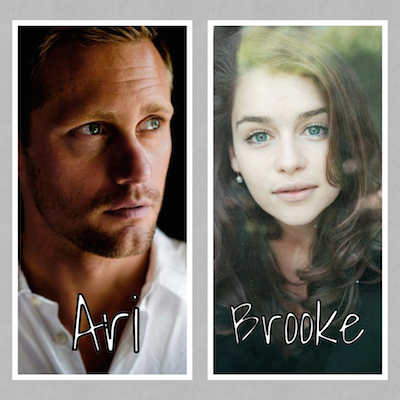 Let’s talk for a minute about Ari’s girlfriend, Lara. What a twatwaffle! Seriously. I did not like this chick. She made interactions between all three incredibly tortured and she treated Brooke horribly. It’s no secret that lines are crossed in this story…it says so in the description…but Lara makes you root for Ari and Brooke by behaving the way she does.

The chemistry between Ari and Brooke is SMOKIN’ HOT! It’s like a bomb ticking away, waiting to explode. And when it does….DA-YUM. Heather knows how to write a steamy, panty-melting scene. In two of my favorite, they don’t even have SEX! Way to Go, Heather… that is some serious talent. 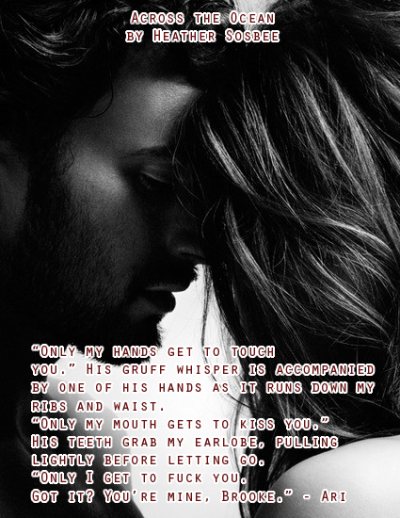 Overall, Heather creates beauty. I read this entire book in one sitting. I couldn’t put it down, I had to know what happened! I was searching Heather’s author page for pictures of the places she described in the book. I felt like I was across the ocean, in Iceland, right there with the characters. This was a FANTASTIC debut novel. I am totally excited for Across the Music, which is Sophie and Gunnar’s story.

Purchase Across the Ocean by Heather Sosbee 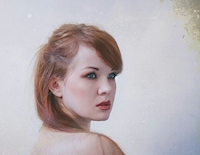 My name is Heather, and I’m 28 years old. I live in Iceland, although I am from San Diego, CA. I’ve lived in Iceland for the last 5 years, and I am married to an Icelander and have 2 children with him.

I’m a photographer of newborns, children, and families. I love my job, and I am so grateful that it allows me to write as well as be a full-time mom.

I’ve always loved to write, and I’ve been doing it since I was approximately in fourth grade.  It’s been so fun to sit down and write a book, just like I’ve always wanted to. 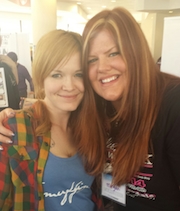 I met Heather through a group on Facebook before I had even realized/known she was an author. She seemed so incredibly sweet and down to earth, I just wanted to reach through the computer and squeeze her! Once I found out that she wrote a book, I thought to myself….I need to read this! I picked it up and read it in one sitting. I gobbled up every last word. So now, not only did she seem like a totally cool chick, but she writes fantastic books too! Double threat!

Luckily, I was fortunate enough meet up with her in real life at Wicked Book Weekend 2014. I was so pleased to know that she is just as sweet and down to earth as I’d hoped she’d be….probably more! Such fabulous personality! I finally got to give her the HUGE hug I’d been dying to give her for months! **Leans in and whispers softly**….And honestly, I was totally fangirling….don’t tell anyone, I don’t want to seem uncool. 😉
Random fact: Heather smells like butter pecan, maple-y, pancake deliciousness. True story.

Heather is a beautiful person, inside and out. I am pleased to say, I have had the pleasure of being a beta reader for her next book, Across the Music. Let me tell y’all…this one is going to be even better (and far HOTTER)! I can’t wait for everyone to get this in their hands! Coming soon!