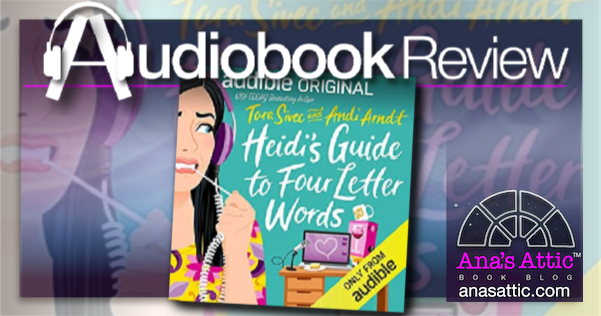 Uff-da! I know the Tara Sivec/Andi Arndt collaboration would be good, but I honestly had no idea how good! Heidi’s Guide to Four Letter Words is the first book I ever listened to once, then went right back and listened again. Then while writing this review and transcribing the quotes, I ended up listening for a third time! 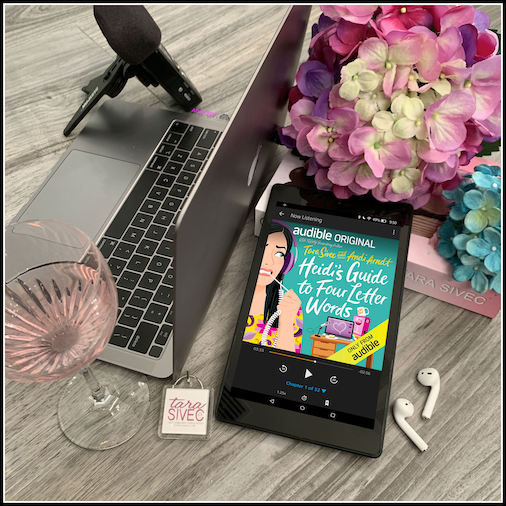 “Dick Taste in my palm, sleazy sleazy, he bent your dong”

Tara Sivec has been one of my favorite authors since 2012. Andi Arndt has become one of my favorite narrators especially for romantic comedy. But I’ve not heard her do full-on comedy, and I usually prefer her playing older heroines. But let me tell you, she NAILED it! I normally separate my story review from the narration, but in Heidi’s Guide to Four Letter Words the narration was such a huge part of the story that I can’t imagine you’d get the full effect just reading it.

Heidi was so charmingly naive and innocent. A kindergarten teacher in Minnesota that was recently laid off, Heidi’s idea of a romance novel is Amish romance, and she blushes at the sound of sexy words, forget about saying them! She’s not a virgin, but she gets completely tongue-tied around her sexy neighbor.

“The kind of fire that makes me want to ask him to touch my butt. Oh my god, I feel so scandalous.”

In order to get more comfortable saying sexy stuff so she doesn’t fall into bushes around her neighbor, Heidi starts a podcast where she tries to read sexy scenes in books. A box of Franzia wine later, “Heidi’s Discount Erotica” (Doot do doo!) was born. 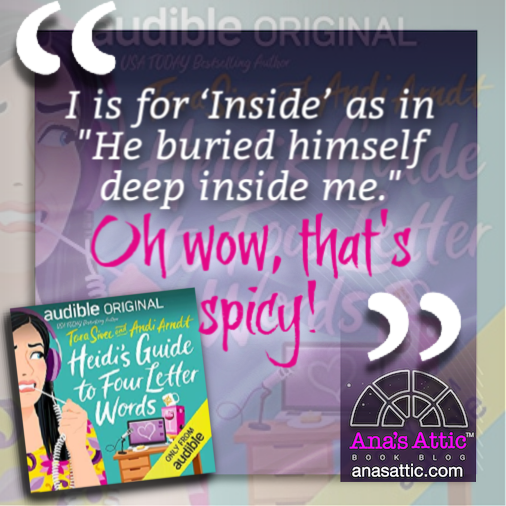 Brent was so perfect. He was sweet, kind of shy, and perfect for Heidi.

“I said yes to a date with the original Heidi. The adorable, funny, beautiful Heidi, who measures so far above everyone else without even trying.”…”If you did any of this for me, it’s not necessary. I like you just the way you are.”

Besides Heidi and Brent, there were some amazing side characters, but Heidi’s mom was my favorite EVER, especially the way Andi Arndt acted her.

“Chocolate sauce was on sale at the grocery store the other day and you know I can’t pass up a good sale. It was buy one get one free!
Anyhoo, Heidi’s father now has a blister on his peepee and he’s very sensitive about it!”

Wow. Andi Arndt really outdid herself here! I think that acting out a character that she created gave it that something extra-special that Heidi’s Guide to Four Letter Words had. Her Minnesota accent was so funny, and I loved the way she didn’t overuse it, using it in only actual dialog. And Heidi’s mom! OMG I am laughing thinking about it. While I usually prefer Andi narrating slightly more mature characters, she sounded so young with her MN accent that she couldn’t have been more perfect for Heidi. The second time I listened I sped it up to 1.5 and it made it even funnier!

Tara Sivec has always been my favorite romcom author. I was a little worried that having another person who has never written before co-write with my favorite author might take something away from that Tara magic. But nooooooo, Andi completely enhanced it! Her ideas, her Minnesota background, and especially her narration, combined with Tara’s hysterical sense of humor, and we have Romantic Comedy GOLD. While I think it would be funny to read, Heidi’s Guide to Four Letter Words was MADE for audio, so I highly suggest you give it a try! You can sign up for a free audible book or it’s free in the Audible Escape Package. Heidi’s Guide to Four Letter Words is the funniest audiobook I’ve ever heard, so grab a hot dish and a box of Franzia and be ready to laugh your butt off, don’tcha know?

Available in Audible first. Free in the Audible Escape Package 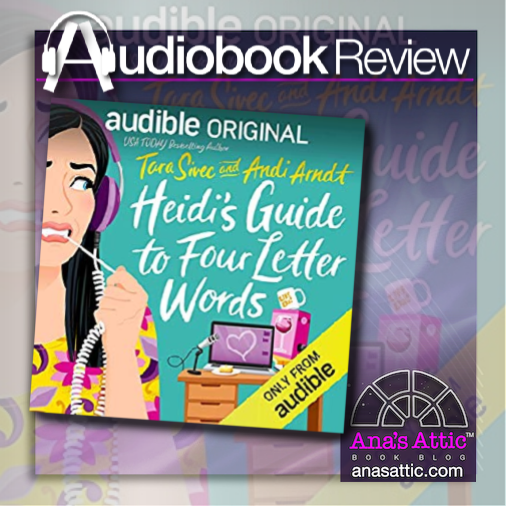