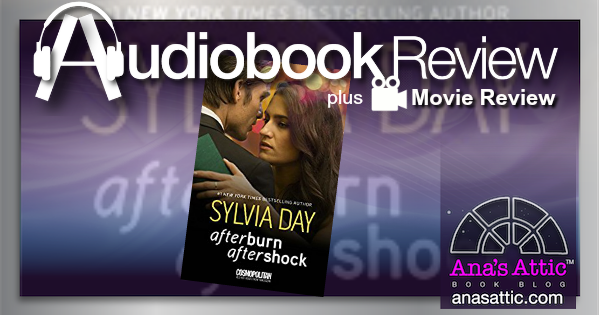 I had Afterburn/Aftershock on my Kindle for a few years and never got around to it; but being a Passionflix member, I had to read it before I watched the movie. Still not able to fit it in my schedule, I finally grabbed the audiobook.

“You could never hide from me, Gia. I’d recognize you blindfolded.”

Gia is an Italian New Yorker with a family that owns an Italian restaurant. She grew up in the industry and really wants to make a name for herself on the business end. A year after the man she was falling for just ghosted on her, she applied to be mentored by one of the top women in the restaurant industry, using that heartbreak to help get the position of her dreams.

A year later, one of the biggest restaurant deals she has ever worked on hits a snag. And that snag is Jackson Rutledge, the guy who broke her heart. At first she pretended not to know him and she thought he didn’t recognize her (wtf? It’s only been 2 years and they spent a whole summer together) but he certainly remembered, and he was ready to pick up right where they left off.

My body didn’t care that he’d dumped me without a word. It wanted Jax. Desperately…

Despite them being on opposite sides of this deal, there was no denying the chemistry between them, and there was no shortage of sexy times. But she needs more than that this time.

“I’m on to you, Jackson Rutledge.” My voice was low and hard, unwavering. “I’m going to figure you out.”

There was surprisingly a lot of story in this duet. There is a lot on the restaurant business end of things, which I found very interesting. Gia was a strong businesswoman, but when it came to Jax, she lost her edge.

“I wasn’t me when I was in bed with him; I was his. Willing and ready to do whatever he wanted, to take whatever he chose to give me, knowing he would make me come again and again…”

I grew up in aNew York Italian neighborhood. My husband is a NY Italian. The narrator did a good, but over-the-top New York accent and I think it detracted a little from the story. It just never lets you get past the accent. I may have enjoyed reading it more.

I had a little trouble getting past the too-thick NY accent so I don’t think I really fell in love with it. It was a good, quick, sexy listen with a strong businesswoman and a super rich, powerful, Dominant man. My favorite parts were actually reading about the restaurants more than the romance. I enjoyed it, but I didn’t love it.

Afterburn and Aftershock are on Passionflix or you can rent or buy on Amazon. Passionflix does a great job of keeping details from the original stories and following them closely and I loved that they got all the important stuff in. The movie didn’t quite get into the business end as much, but enough to know what is going on. The casting threw me a little at first, but she was actually perfect for Gia. I felt that he was a bit too boyish for Jax, but he grew on me. I think this is a great movie to watch whether you read the books first or not. Plus it was fun seeing her cameo! 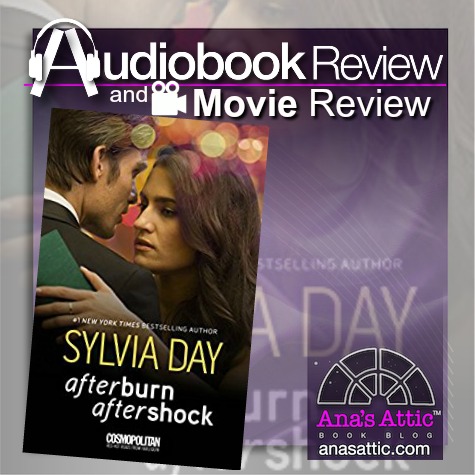