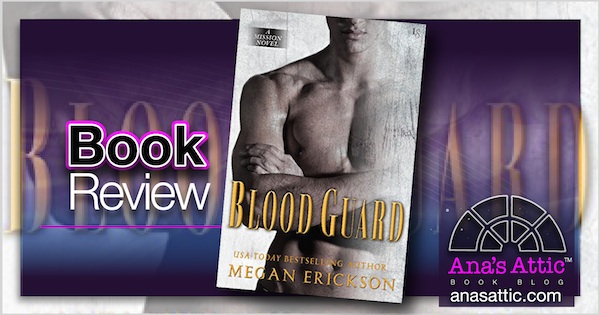 It’s been so long since I read a good vampire book! I was getting burned out on contemporary romance, and the books were starting to run into each other, so I grabbed Blood Guard by Megan Erickson after some recommendations a few months ago. I have always wanted to read her, so this was perfect!

Now I remember why I loved vampire books! There is something so hot about a man who can kill you instantly or turn you into a lust crazed sex junkie with one bite. The thing that is usually a bit harder in paranormal is the world building. Obviously, it is a different world if there are vampires in it, and the author needs to be creative in setting up this world. Often the first book in a series is more about setting up the series, and it isn’t as exciting as the following books in a series. Well let me tell you, Blood Guard sucked me in immediately. And since the heroine knew nothing about this world, we learned about it right along with her.

Kendra is a waitress in a bar in a gritty Jersey city called Mission. One night, she is whisked away by a gorgeous, protective man who turns out to be a vampire. She has spent her life moving from place to place with her mom, and now that her mother is gone, she finds out why. She is the 10th generation woman of her family, and her blood holds special powers. When the Gregorie vampire king marries and feeds from her, a prophecy comes true, and the Gregorie clan can fight the vampires who want to enslave all humans to be blood donors.

The king’s brother, Athan, has spent his entire life training to bring the Sanguivita to the king to become his queen. It is a dangerous job, but his only purpose in life. All of the rival clans will do anything to stop the prophecy from coming true. But Athan didn’t expect her to be so sassy and badass, nor did he expect her freaking awesome cat. But most of all, he didn’t expect to be so attracted to his brother’s future wife. 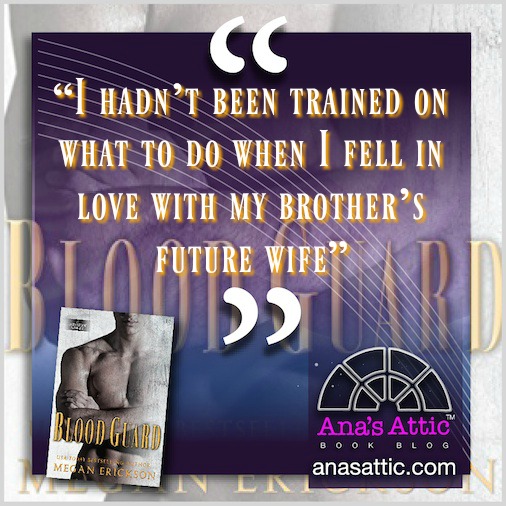 Tendra’s job, as Sanguavita, will be to marry a stranger (King Idris) allow him to feed from her, and save the human race. Athan’s, as blood guard, will save his clan (and humans). But it’s a minefield of danger, traitors and evil, and as they navigate it together, they can’t help but grow closer.

“And would I come to feel about Idris the way I felt about Athan? Would I stare at Idris’s lips the way I stared at Athan’s? Would I crave him the way I craved my blood guard?”

The more they stayed on the run together, the harder it became. How would he give her up to his brother? And how would she?

“I swallowed, wondering how the hell I was going to deal with my future, when the man I could see myself with was the man I wasn’t meant to have.”

I loved every second of reading this Blood Guard and I’m so excited for the next! It was very sexy, exciting, romantic, dangerous and a lot of fun. While many paranormals are tough to get into in the beginning because of world building, Ms. Erickson kept it light and easy and I never felt like I was missing something. If you are seriously into vampire books, this may be a little too “light” for you. But if you are like me and it’s been a while since you vamped out, Blood Guard is a perfect little dip back into the paranormal pool. 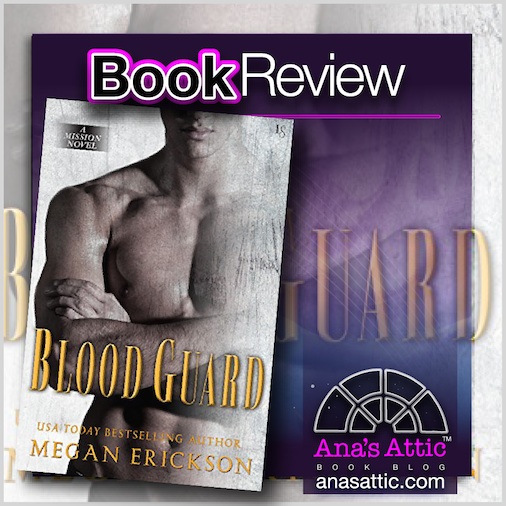