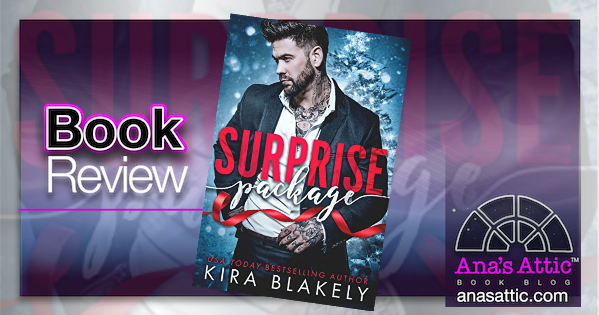 I love sexy Christmas books. It’s the one time of year I suspend all belief and love a cheesy instalove. Surprise Package by Kira Blakely has a ton of great reviews on Amazon (but strangely very few on goodreads), so I grabbed it.

Usually I put down a book I’m not enjoying, but when I bought it it had almost 300 reviews and a 4.7 average, so I thought it must be my mood. I read another book and came back to it. The first thing that really drove me BONKERS is Amazon says it has 220 pages, and doesn’t mention any bonus books. But this drove me crazy, I felt like I was reading and reading and not getting anywhere. How could I be at 13% when I read 79 pages? It ended at 32% and there were other stories after that I didn’t read.

Blair is a virgin in Harvard Law School. She hates law school, but her crazy controlling mother who is making her live the life she couldn’t, won’t let her leave school. So she walks into a strip club, thinking it’s a place that has male escorts, to hire a guy to come home for the holidays and pretend to be her fiancee so she could quit school and her mom wouldn’t worry about her. Samson is the bored millionaire who owns the club and he decided to go with it and pretended he’s an escort.

OMG, her mother was the most hateful woman, coming on to her daughter’s ‘fiancee’ non-stop, and lying about her parentage, all over her own boyfriend, ugh, she was almost a caricature of every hateful, narcissistic mother to ever appear in a book all rolled into one. And Blair just took it. I have no idea why.

“She’ll stay in Harvard. I gave up my dream for her, and now she’s going to damn well live it out. She doesn’t get to have her dream and follow her passion, with a husband, too! It’s not fair.” Regina stomped her foot on the tiles, then grappled with her robe.” <–This is her MOTHER

The sex was supposed to be hot, but it never really was for me, but maybe because I never got to know and like and root for the characters. I wanted to, I really did, but the dialog was really hard to follow. The editing was a mess, and there was a shit-ton of inconsistencies. He had brown eyes at the beginning, and by the end they were crystal blue. They lived in Boston, but bought a business in NY “close to home”.

The bones of the story had potential, but the execution was just not good to me. If you have read my reviews for a while, you know it’s super rare for me to write a negative review, but I struggle to find positives here except the cover.

I hate to be negative, but it’s a miracle I finished this book. I almost put it down so many times, but decided to stick it out, especially because I wanted to see what happened with the whole page count/percentage discrepancy. It took me like 6 days to read this novella because I just kept going on facebook and not wanting to read at all; but now I am thinking it may have been the book and not me, because I am reading just fine now. 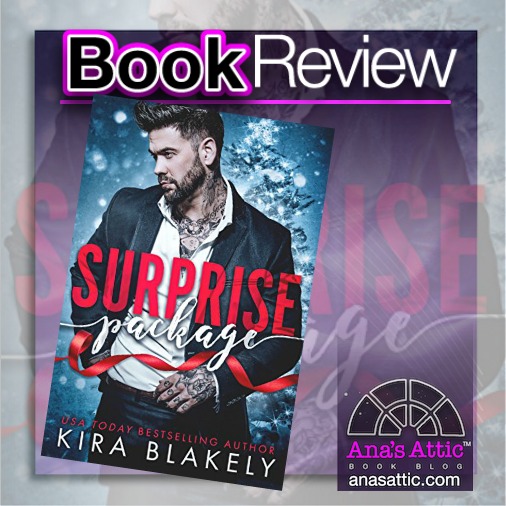