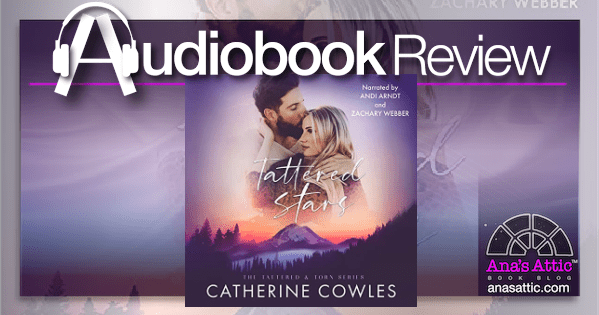 Catherine Cowles has cemented her place as one of my favorite authors with her latest release, Tattered Stars. This is the first in a new romantic suspense series that will keep you turning pages well into the night.

“Anyone can be brave for twenty breaths. And in that time, you can do almost anything. Or at least take the first steps you need to get there.”

Everly Kemper grew up in the small mountain town of Wolf Gap. But after her family was responsible for something heinous, she left town. Fifteen years later, she returns and plans to use the land she inherited to build an animal shelter. But there are a lot of people who are not happy to see a Kemper return to town, and leading that group is the handsome town sheriff, Hayes Easton.

Hayes has a right to feel that way. After all, his family was the one who suffered the most at her family’s misdeeds—it’s the reason he became sheriff. Now she is back in town stirring up old wounds that are better left in the past. But there are other people who are making it known they aren’t happy she is back, and it’s his job as sheriff is to protect her.

“I tried to hold on to the good bits. To remind myself that no one was all good or all bad. But, sometimes, the good pieces held more pain than the bad ones, as if the stars themselves became tattered remnants of what they once were.”

Once again, Catherine had me sucked in from the prologue. Though I solved the mystery very early in the story, it didn’t lessen my enjoyment of seeing how it all plays out. I loved that it was a slow burn and that his family loved her before he did. 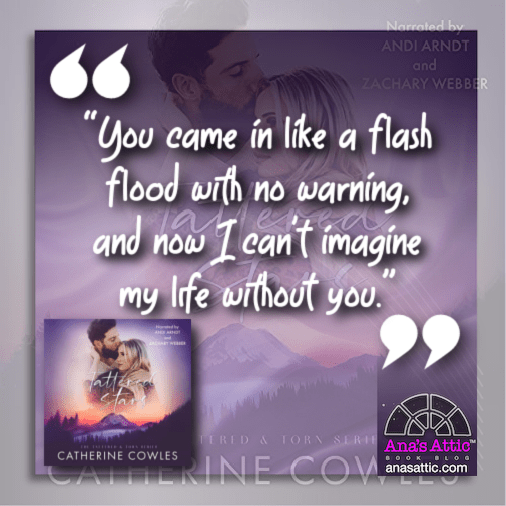 After reading a few books recently that dubbed themselves “romantic thriller” or “romantic suspense”, my immediate reaction in reading Tattered Stars was “THIS is what a romantic thriller is!”. Catherine really nails the genre where the suspense takes a little more of the lead, but we get a deep and wonderful romance as well.

Andi Arndt and Zachary Webber are two of my favorite narrators, and they did a phenomenal job with Tattered Stars. I think this is one of those books that are even better on audio because of their performances.

Every time I read a Catherine Cowles book I realize that romantic suspense is my favorite genre. But is it? Or is it just her writing? I’m not really sure, but I recommend Tattered Stars wholeheartedly. Though I guessed the mystery very early on, it didn’t take away my enjoyment of seeing how it all played itself out, and I can’t wait to read about more of these people. Falling Embers comes out in April, and I will be listening on release day!

There is a Special Edition Hardcover and Paperback available as well. 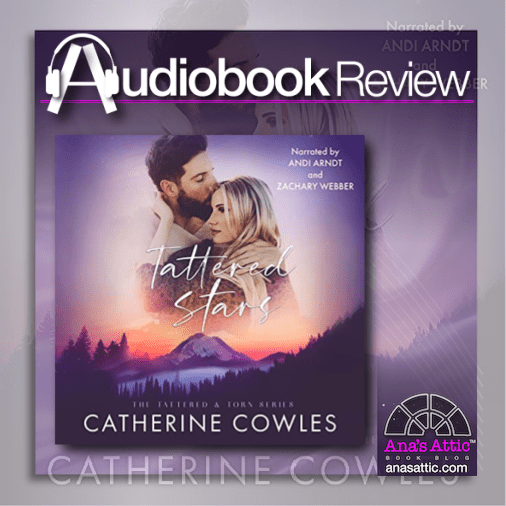