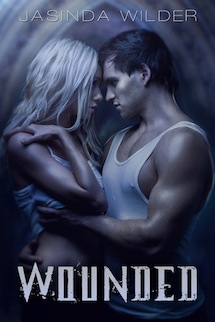 We are in Rania, a 14 year old girl’s head. The writing is unique, in that it is written in first person, present tense from an uneducated Iraqi girl’s point of view. Rania lives in a war torn area with her younger brother and practically comatose aunt. Mortar and bullets fly by daily. This little girl is left to find food for her family. When a situation happens where she has to kill an American, Rania remains haunted by that moment. Her brother, a child, runs off to the army. Her aunt dies. She is alone and hungry. She tries to find work, steal food…anything to get by, but the beautiful girl is starving. After days of no food, she begs a soldier for some. He requires payment with the only thing she has left…her body.

“I hear it, the sound that will become my life: a belt jingling.” 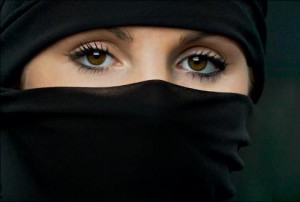 Sabah the whore was born. With no other choice, she prostitutes herself for food and money. 10 years later, she sees her brother again in a shoot out with American soldiers. She sees her brother killed and a very wounded American soldier amongst the dead. She drags the soldier to safety and decides to nurse him back to health in the hopes that it will make up for what she did to the American 10 years before. 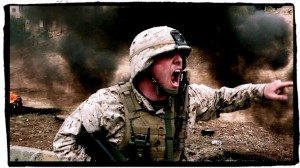 What she didn’t expect was the instant electricity and connection she would have with this man who didn’t speak a word of her language. Hunter is so badly injured he can’t move. He has just lost his only “family”, his best friend Derek, and was dumped by his girlfriend days before deployment. Now he can’t move and being taken care of by a beautiful Iraqi whore that has no medicine or skills at caring for the injured. Especially an injured American who does not speak a word of her language, nor does she speak his.

We also get Hunter’s point of view. Hunter is a Marine. A big tough alpha male, who is injured so badly he should not have survived. This beautiful angel has rescued him. But he sees…he knows what she does to feed them both, and it kills him. But Rania only thinks of men, and herself, one way:

“Men are pigs. I am not a woman, I am a thing. An object, a servant for their needs. Sex is a tool.”

But yet she finds herself feeling differently about Hunter. As they get to know each other, they teach each other the language, and form their own kind of communication. She doesn’t understand the feelings she has, but can’t push them away. There is something between them that is just electric.

“A kiss, a kiss, just a kiss. But god, so incredible. I’m electrified, wired, hardened by the taste of her, the feel of her. Intoxicated by her. I’m shaking all over from the effort to keep my hands to myself, to keep the kiss chaste. Its an impossible losing battle. Then her hand leaves her lap and touches my face… A simple, innocent touch, but so meaningful. This woman who sells touch, who much find men to be such nasty creatures, this woman who has seen the worst monsters that are men, she’s kissing and touching me.”

When they get intimate, holy hell, it goes on for like 8% of the book without intercourse, but it was HOT and beautiful at the same time. Though I must say, I was distracted by the lack of protection an American would use with a very poor prostitute in war-torn Iraq. But he loved her enough to risk it (implied).

“Hunter touches my cheek, kisses my chin. “I will always love you. You saved me, Rania.”
I shake my head. “No, you have saved me,”
“We have saved each other then,” he says.”

This came close to being a 5+++ star read for me, but the few things I mentioned as dislikes kept it from being a perfect read. Still, this is definitely one of the best books I have read, and very well may make it to my best of 2013 list, but there is still a long way to go. At 277 pages, another 50 pages could have been added to make it even more outstanding.
.
Seeing all of the war-torn destruction, the death, the starvation, and the burned out mosque she worked in contrasted with the purity of the love they developed made this a very special read indeed. I hope you read it and enjoy it as much as I did. If you have read Jasinda’s other books, and perhaps they weren’t for you, Wounded is very different. I urge you to give it a try.
.
Let me know your thoughts!

“He fills me. My heart, my soul. He fills the horrible emptiness that has gaped inside me all my life. The moment that he slid into me, I knew. It has just taken me this long to understand the strange feeling flowing in my veins in place of blood: Happiness.”