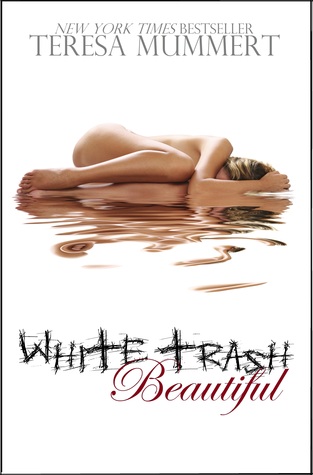 “Sometimes we don’t know what we are missing until we find it.”

First things first, props to the gorgeous cover! Second, it’s got a tattooed, motorcycle riding rock star. But this is different. It’s kind of sad but hopeful and completely engrossing. It is a short book, a few hours read at most.

Cass lives a completely depressing life in a trailer park in a small town in Georgia. She works as a waitress in the local dumpy diner and lives with her drug addicted mother and abusive druggy boyfriend. She knows that this is her lot in life, she is stuck.

“I’m not naive. I know I don’t get the happily ever after. My knight in shining armor took the highway detour around this god forsaken shit hole. I’ve made peace with that. That doesn’t mean I’m going to lay down like a doormat and let every cocky prick in the trailer park have his way with me.”

When Tucker White comes into her diner, all badass and tattooed, Cass sees he doesn’t belong. She thinks he is one of those guys that thinks that trailer trash is easy, so she is a total bitch to him. But he keeps coming back.

He represented everything I wanted in life. He was freedom, he was a fantasy. A dream that played inside of my head since I learned how cruel this world could truly be.

Despite Cass’s attitude, I liked her. She was a good person doing the best she can with what she had. She was horribly down on herself and hopeless, but that little hope she had always came through. Her boyfriend, Jax, had been her hero when they were younger, but when the drugs began, he became abusive. Cass still felt she owed him for taking care of her and her mom earlier.

“You promised me you wouldn’t do that anymore. You promised.” Tears formed in my eyes, but I struggled to keep them from falling. He ignored me and tightened the belt around his arm.

The last time she blew off Tucker, he dropped something on the ground as he stormed away. A ticket to a “Damaged” concert. Cass knew the music, but had never seen them, nor has she ever been to a concert. She overhears some fans in the diner talking about Tucker White, the lead singer of Damaged, and realizes who Tucker really is. Since Jax and her mom are passed out on her couch like every night while she has worked all day, Cass decides to take the chance and go to the concert.  They connect a few more times throughout the book, and Tucker treats her like a fairytale princess who has to be home by midnight. (But in this case, she will get beaten up by her no-good ‘boyfriend’)

“In a perfect world, I would have run into Tucker’s arms and never looked back at this godforsaken place, but that wasn’t reality. I had a mother to take care of, and bills to play”

Throughout the story Cass knows it’s a temporary visit to the good life, and realizes how much harder it will be going back to her own sorry existence, but Tucker is so wonderful. He is the ‘white knight’, coming to take her away.

“Please don’t regret me, Cass.” His voice was barely audible as he ran his thumb over my cheek, catching the stray tear that had betrayed me. His words unleashed a floodgate. I didn’t regret being with him. I regretted letting him into my heart and knowing he would be ripped out very soon. It was too much to take.

I’m so excited that there will be a book 2, way more in-depth about Tucker. I am looking so forward to getting to know him more. I truly loved this book, it was raw, gritty, hopeful and kept me on edge the whole time, wondering if these two will get their Happily Ever After.
.
I enjoyed this book more than enough to add it to my Top Picks list: Favorite Rock Star or Famous Character books.
.
**This book was given to me by the author in exchange for an honest review. With the copy of the book, she sent her photos of the characters:

I didn’t picture Tucker as Adam Levine, mostly because of age. But take 10 years off of him and I can see it. I would classify this book as “New Adult” or “Mature Young Adult”.
.
Purchase White Trash Beautiful: Amazon || iBooks
.
Related Posts: