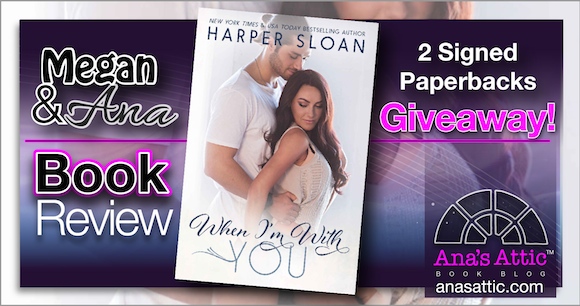 When I’m With You (Hope Town 3) by Harper Sloan

Harper Sloan has a perfect (I hesitate to say formula, but I can’t think of a better word) to her books. They are the exact things that appeal to me the most. Slightly over-the-top alphas, feisty fun females you want to hang with, and no-doubt about it, meant-to-be love and once they are together they stay together without angst couples. There is also excitement or drama that is not relationship drama, super hot sex, some humor, side characters you love and great endings. Big list, but that’s why I love Harper Sloan’s Hope Town series so much. It’s filled with all the good stuff.

I do think that When I’m With You can easily be read alone. But to truly appreciate it, it’s good to read the Corps Security Series first, because these are their kids. Nate is Axel and Izzy’s son and Emberlyn is Maddox and Emmy’s daughter. Nate is an amazing computer hacker, and he does some work for Corps, but the lighthearted, fun guy has a real dream that’s finally coming to fruition. He is opening the hottest bar/club to come to the Atlanta area. And damn, I wanna go!

Ember is 20. She went to school for art, but was discovered young, and quickly became a very successful artist. She’s been in love with Nate for years and when she was 18, she told him, and she was rejected. Another incident with him has had her avoiding all family gatherings so she wouldn’t have to see Nate.

Nate is 6 years older than Ember. She is the woman of his fantasies. The one he always pictures when he’s ‘alone’. When she was 18, neither was ready. But she’s about to turn 21, and he has finally achieved his dream. So when she shows up at his club for her 21st birthday, holy hell…I really want my own lollipop. 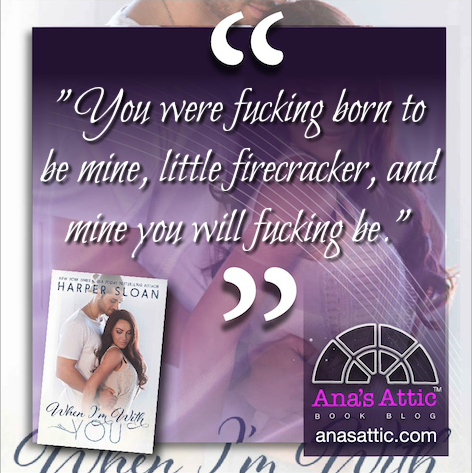 Oh, this is the alpha stuff I just eat up. She’s his, and has no choice in the matter, he’s not putting up with any fights.

“One thing you need to get through that pretty little head of yours, though, is that this will be fucking happening.”

Oh my, do I love Nate’s alpha, possessive, dirty dancing deliciousness. Move over Magic Mike, I would totally pick Nasty Nate! I’d love to see this as a movie, just with more of the dancing scenes. Swoon…

“You.Are.Mine,” he growls before taking my earlobe between his lips and biting my flesh roughly between his teeth.

And damn, the other kind of dancing, between the sheets, was totally hot too.

“No more fucking words but my name. Know who is claiming you. Let the whole fucking world hear who is taking you and making you his.”

One of my favorite parts of the book was Nate dealing with Maddox, Ember’s dad. I have a quote I’m dying to use here, but I don’t want to give it away, but let’s just say big strong Maddox is awesome in this book!

“I know how to kill you and make it look like an accident. Don’t make me have to kill one of my best friends’ boys, Nate.”

When I’m With You by Harper Sloan has the perfect amounts of heart, humor, heat, HEA, & happiness. There is enough outside drama to keep it exciting, and it’s filled with Alpha deliciousness. If I could bottle the perfect book for me, it would be When I’m With You. It literally had every single thing I love in a book, and I finished it with wet eyes and hugging my kindle.

How can I put into words how much I love this book? The answer? I can’t…but I’m going to try and sum up why this book filled my heart so full it felt like it would burst.

First and foremost, Nate. This man. In the beginning, I’m not going to lie, I wanted to throat punch some sense into him. He messed up…Big. But just as you know he will, he completely redeems himself…x1000. Nate is full of passion. I absolutely love the depth of his character. He is the perfect match for the beautiful Emberlyn Locke.

“Keep following your heart, Ember. Follow it— me—and let me worry about guiding the way. Allow me to prove to you that I’m worthy of you giving me your love back. How does that sound?”

Speaking of Ember. Daaaaaaamn, she is a little firecracker! Totally my kind of people. I wanted to be friends with her immediately! Full of sass, just like her momma, with a heart of gold to round out her beauty.

“I’m ready to be yours, if … if you’re ready to be mine.”
I feel my chest rumble, having a hard time hearing over the roaring in my ears, but I’m sure whatever sound I’m making right now sounds more animal than man. “Yeah, Emberlyn Locke, I’m beyond fucking ready to be yours.”

Now, I’ve been Team Maddox Effing Locke since he was very first introduced. Something about that brooding, grumbly man has had my heart in a bear hug and it’s never letting go. This book only solidified my devotion and love for this man. Maddox Locke as a father? There is nothing sexier. Not. One. Thing.

“I always knew this day would come . Out of my two girls, Ember was the one I always knew would use her head and find a good man. Still, I thought I would hate the bastard. You’re a good kid, Nate. You always have been . I can’t say I’m happy that you’re asking to take my girl from me, but I am happy that she’s found a man who will always make sure she comes first daily and goes to sleep knowing that she’s got a blessed life. The only thing I’ve ever wanted for her.”

The storyline of When I’m With You is spectacular. I was immediately invested. Honestly, the prologue hit me so hard, I had to put my kindle down and take a moment. My emotions ran the gamut. I felt hurt, love, comfort, humor, anxiety, passion, hot (AF!!), and giddy…just to name a few. To sum it up…This story has it all.

Purchase When I’m With You by Harper Sloan

These can each stand alone, but I totally recommend you read The Corps Security Series first. I think that the Hope Town books can totally stand alone but of course, better in order. 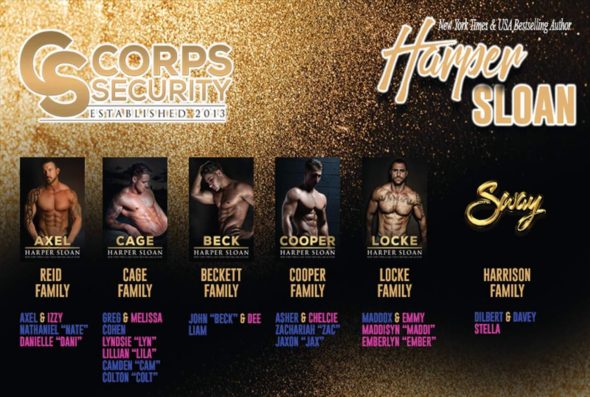 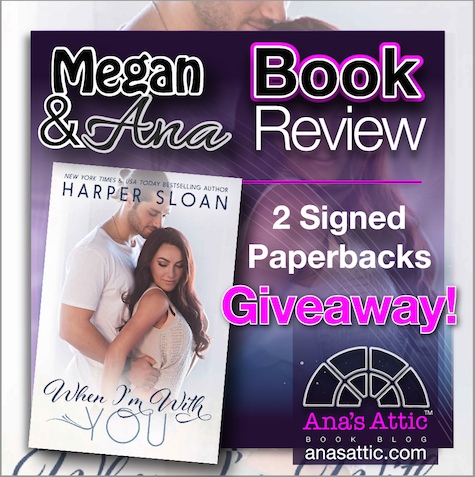