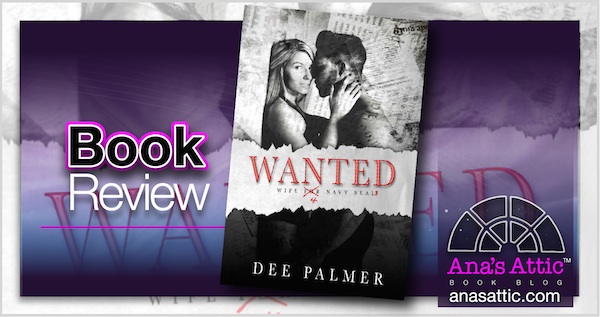 Finn has been totally humiliated by her douche of an ex boyfriend. OMG, I couldn’t hate an ex more. The owner of a gym, his whole persona is wrapped up in his appearance, and in the ten year relationship they have been in, he managed to shred every bit of self-esteem she had. When she finally broke it off with the dickface, Finn’s roommate showed her a funny ad that had gone viral. Four Navy SEALS in California were looking to share ONE wife. She would eventually choose one to marry legally but only as a formality.

“Oh my God, you’re going to be kept busy around the cock.”

The cock is ticking. No time to be dicking around now.” She snorts with another laugh.

Next thing you know, Finn is on a plane, heading out for a one month trial with the 4 men she has been talking to and skyping with for the last month. This happened outside the story and was barely mentioned, and I think if there was a chapter devoted to her getting to know these guys via phone and Skype before heading out there (from England) her instant connection with the four of them would have worked a lot better for me. But still, it was clear these guys were SO into her, and so happy they finally found the one who can make them all happy.

So how will this work? Pink, Toxic, Tug and Charge will take turns with her, each getting their day. The first three are also happy to take her together at once. They are all sweet and charming and loving. Then there is Charge. He is the broody and demanding one who won’t share on his day. The one rule he has? Sex is always his way.

“Sex: my way.
My whole body shivers, but I don’t get time to take in what that might mean, just that those words have an effect on me. He affects me. Pink has scooped me into his arms and is climbing the stairs two at a time, Toxic and Tug hot on his heels. No time to dwell. Baptism of fire coming up.”

These guys truly seem to cherish and want her. They think she is perfect. But her ex has done such a number on her that she doubts everything good about herself. It was surprising how much emotion and back story there was in this book, and I really enjoyed how much these guys treasured a woman who never really felt wanted. The sex was hot as hell, but there was more to it.

“Anything we do, we do because I want to bring you pleasure the likes of which you have never experienced before. I want to make you come, screaming my name so fucking loud I will hear it in my dreams.”

I loved the first half or three quarters, then some things happened and I wasn’t thrilled with them. In the end, I kind of hated the ending, even though I really enjoyed most of the book until then. It also ended very open ended for future books, and I just can’t see how the future books could possibly play out.

Wanted had so much potential! I loved the first half, and I liked all the characters (except her ex). But then the book took a turn I didn’t like, and then the end just didn’t do it for me. It’s hard to talk about without spoiling, but it didn’t end the way I wanted it to, and it left a lot of open ends that will clearly be addressed in future books. I really liked her best friend Hope though, so I may be tempted to read the next if she’s in it. I just don’t see how any future books can play out well. I think this would have been a great standalone if it ended the way I expected it to, but I was sadly disappointed. I did, however, enjoy the writing, the sex, the characters and most of the story. The first half was about 4.25+ stars, and the end was 2.75-3, so I will take a happy medium at 3.75. 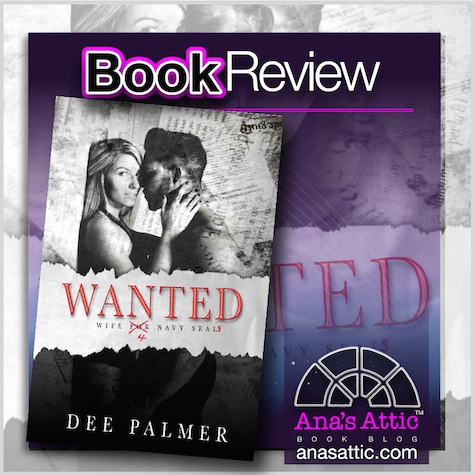