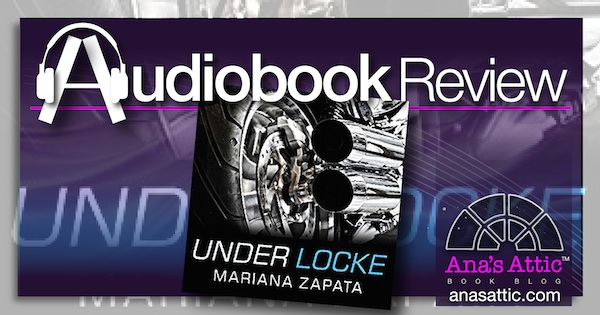 Under Locke by Mariana Zapata

Under Locke by Mariana Zapata has been on my radar since it released. But at over 800 pages, this wasn’t a book I could just squeeze in. I do, however, enjoy a longer audiobook. So when I saw this was out in audio (16+ hours!), I grabbed it.

I have read and loved a few MC series, but feel like the 3-4 series have read are enough. I don’t mind them, but some do run together a bit in my head. I do like the grittiness of most MC books I have read though, they are a nice break from the plethora of romcoms out now. But Under Locke didn’t really have the grittiness, nor was it really an MC book. They are in a club, but never at a club, they run a tattoo shop.

Iris (‘Ritz’) just moved from Florida to Austin to live with her half brother. She left a really bad life behind and needs a new start. Her loser deadbeat dad was in the MC, so she grew up around it, yet somehow she is in her 20s, sweet and innocent and doesn’t curse, doesn’t know how gorgeous she is and yup….she’s a virgin. (insert eye roll here).

I don’t mean to be snarky, I just found this to read like a YA book. It’s been compared to Kristen Ashley a lot. The thing I love about Kristen Ashley is the maturity of her stories, and to me, Under Locke felt like a young adult/new adult attempt at a KA book. While the main characters I think are mid twenties and early thirties, it felt like they were much, much younger, and the narration, while good, sounded crazy young too. Kristen Ashley is also highly descriptive and it works for her, in Under Locke, it felt like too much unnecessary detail and not enough story. It really dragged for me at times.

And there were too many common themes competing with each other. It’s like every popular theme was rolled into one book.

Now it sounds like I hated it, right? I didn’t! I enjoyed a lot of it, it just all felt so….immature. But I am in my late 40s, maybe that’s why.

I really liked Iris’s inner thoughts about the dickish Dex when she met him and overheard him saying some not-so-nice things.

“The snot-faced asshole that I only kind-of, sort-of hoped came down with an infectious illness in his private parts. But you know, something he could get medicine for.”

“Dex was a temperamental bag of beaver dung.”

But holy hell, she held a grudge for fucking ever!!!! Once Dex realized he was a douchecanoe, he tried apologizing over and over again and she wouldn’t have it. This was a veeerrrry slow burn from dislike to love.

“Right then, in that moment, Dex The Dick grinned. Grinned. And sweet mother of God, it was devastating. So completely catastrophic I just stood there and absorbed the nuclear bomb going off in front of me, defenseless.”

At first I didn’t like Dex, but loved Iris. But soon, Iris drove me crazy and I fell in love with Dex.

Callie Dalton has a very young sounding voice. That, combined with the character’s immaturity very much contributed to my thoughts that the book felt very immature. But she is a great narrator for a young character.

I enjoyed Under Locke by Mariana Zapata overall, but it could have been so much better. The author definitely has talent that just needs to be honed. There was some great banter, and I love an enemies to lover theme, but it was too long and too detailed at parts, and some parts just dragged on. My biggest issue though was the immaturity of both the characters, narration and even the writing. I think a younger reader would appreciate this a little more than I did. She seemed to mash up themes from the most popular books and put them all in this one, so it never felt fresh or unique. But still, I’d read others by this author, because I can see her talent, and I think with a bit more growth and less trying to write what other’s have, she can be incredible. 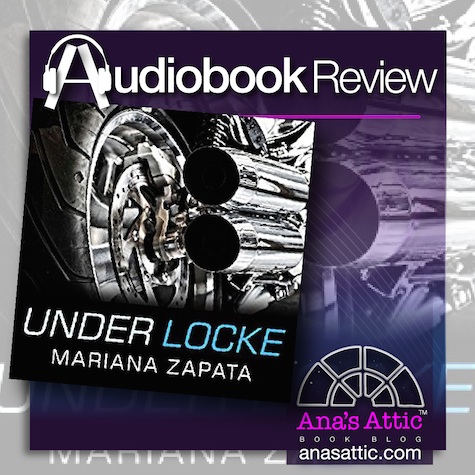