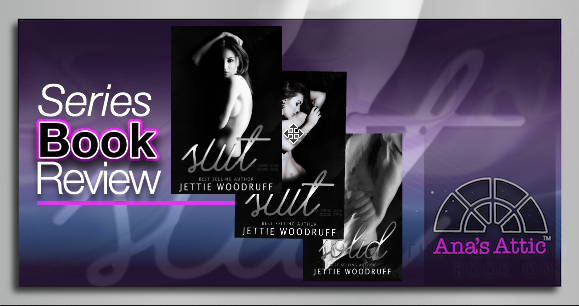 I’m not usually a lover of dark and twisted, but sometimes I need to change things up. I had heard Suit by Jettie Woodruff was dark but not too dark. So I gave it a go, and I am so glad I did.

Total. Mindfuck. I was glued to the pages and read it in one sitting, then desperately waited for the next book, Slut, to release. I ended Suit still confused and questioning everything, but in the best way. The cliffy almost made this series more fun.

Gabby and Paxton are not your average couple. It seems that Paxton is a total controlling asshole as Gabby runs out to get some milk for the kids right as a tropical storm is bearing down on them. She sees her twin sister, whom she never told her husband about and hasn’t seen in 13 years. The next thing you know, Gabby is waking up in the hospital with no knowledge at all of her life before.

She doesn’t know her husband, or her kids, but the way Paxton treats her is appalling! He tells her he owns her in every way. He is cruel sexually and emotionally. They don’t even sleep in the same bed. She is thoroughly controlled by him.

“I was blessed with nice everything. A nice home. A nice car. Beautiful children. A pool right outside my room…. And… One fucked up marriage. I was a kept woman… I was a glorified whore.”

But as Gabby’s injuries heal, she begins to assert her true self, and she doesn’t put up with the shit that Paxton throws at her the way she used to. While she strangely enjoys some of the abusive sex with her handsome husband, the rest? Not so much.

“Paxton did things to me. Things I couldn’t explain. My body reacted to him like- danger. A thrill seeker. That’s how I felt around him. Like jumping out of a plane. The ecstasy of it overpowering the danger.”

She seems to be a totally different woman than the one before the accident. Paxton thinks she is faking, trying to change the rules of the cruel master/slave agreement they had, and the reader wonders if she is really Gabby, or perhaps not? He liked the marriage the way it was, with his unfeeling slave, but this Gabby who came home from the hospital was different. She challenged him, she was passionate, and she wanted him.

“I don’t want to love you, Gabriella. I want to take care of you financially, I want to give you everything you ever wanted, and I want you to be a good mother to my kids.”
“You want to control me.” His hands held mine, one on each side of my head. Our eyes stayed locked and our lips close. “It’s a tradeoff. One that worked just fine before you decided to do this. Why can’t you go back to being you? Being us?”
“Is that what you want?”
“No.”

So many questions left unanswered, even more questions arising from the massive cliffhanger ending….

So. Many. Layers.  Hold on to your kindles, it’s a wild ride. Just when you think you know what’s going on…BOOM, Slut twists you in another direction. Gabriella is starting to remember a few things. Things she’d rather not know, and things she wants to know more of.

“Tell me the truth. I’ve heard enough lies for a lifetime.”

But the more she remembers, the more confused everything gets.

“Just when I thought I could see a glow at the end of the tunnel, another obstruction blocked my view and everything went dark. A metaphor for my life.”

While in Suit I didn’t think I could ever find myself liking Paxton, in Slut I began to. But then I would hate him again. Then love him. Gabby felt much the same way.

Gabby was still very strong, and even stronger in Slut. And Pax lost a lot of his dominance and control. The couple actually began to have a beautiful family life. And I finally began to love this dysfunctional couple and root for their happiness. 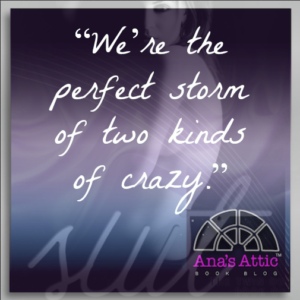 But the more questions that were answered, the more that arose. As Slut ended, while it was a good ending, it left you wanting more. Luckily the day I finished Slut, Solid released!

Solid is a bonus told partially from Paxton’s POV. It’s not necessary but is a great addition to the series. As Gabriella remembers more bits and pieces of the past, she really struggles to separate the horrible, cruel Paxton in her memories and the new Paxton who is absolutely in love with his new Gabby.

More questions are answered. There is angst. I still wanted to punch Paxton in the face a few times, but at others I really liked him.

“Who says a solid foundation has to start from scratch? Sometimes you just have to let go of rock bottom, catch the bricks being thrown at you, and build your own foundation. Solid is built on trust, not lies and deceit, and nobody’s going to build it for you. I learned that the hard way.”

Solid was a great addition to the series, but I still feel like there could be more to the story.

Suit – Slut- Solid may be my most unique reads of 2015. The story was so twisted and layered it’s like nothing you ever read before. You don’t know whether to love or hate the male lead or whether to trust the heroine. Just when you think you know what’s going on, the rug is pulled from under you. The Twin duo series is engrossing, engaging and unputdownable. It’s a mind-fuck of epic proportions that leaves you wondering about the character’s real feelings, but even more so, it makes you wonder about your own. 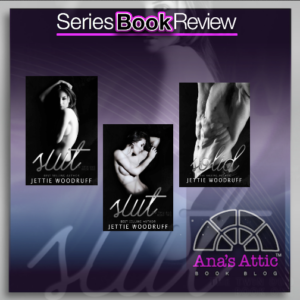