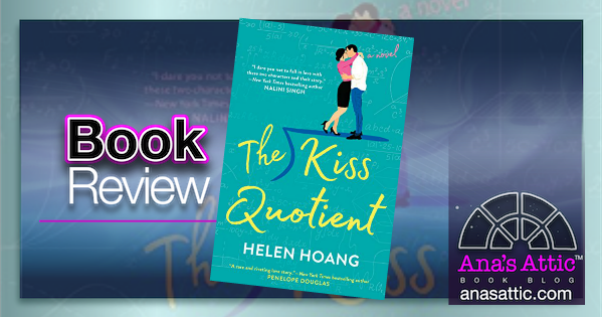 The Kiss Quotient by Helen Hoang

Stella Lane is a very successful econometrician with high-functioning Autism, also referred to as Asperger’s. Because the author has the same thing, our heroine was so real and so special, you couldn’t help but love her. I have a close family member that is so much like her, I feel like I just read her story, and I enjoyed getting in her head. Stella didn’t like the label. She never talked about her “condition”.  She felt that once people saw the label, they viewed her differently, so she often went along with things that made her hugely uncomfortable just to be “normal”. One common element of Asperger’s is not liking to be touched, especially intimately.

“I bet you just lie there and run linear recursions in your head while a man does his business. Am I right, Ms. Lane?”
Stella would totally do that if she could figure out how to input gigabytes of data into her brain, but she’d rather die than admit it.

Her previous sexual encounters have been horrible, so she thinks if she learns how to do it right, she will be comfortable doing it and maybe she will find someone. As it is, Stella is lonely. She works 7 days a week, and as much as she loves her work, she wants more. So she decides to hire a professional escort to teach her.

Enter Michael Phan. Half Vietnamese and half Swedish, Michael is using the only good thing his father left him with, his looks, to pay for his family, and he gave up his dreams to do so. He may be an escort, but of course, he’s one for noble reasons. He sees clients Friday nights only and he never sees a client twice, especially after one got obsessed.

She wished she had his cell phone number, but she figured he never gave that to his clients. It was too personal. Especially if his clients had the tendency to get obsessed. Which was actually one of her main weaknesses, and a defining characteristic of her disorder. She didn’t know how to be semi-interested in something. She was either indifferent … or obsessed.

Michael was immediately taken with his new client. He couldn’t understand why such a beautiful woman would hire an escort, but as he got further along with her, he noticed she was a bit different, and he loved that about her.

“Do you always say exactly what you’re thinking?”
“Either that or I don’t talk.” No matter how she tried, she couldn’t overcome it. Her brain simply wasn’t wired for social sophistication.

He also saw that she was not ready for what she wanted to learn. He had to take it slow with her. But he never broke the one-night rule. Or maybe just this once….

“Can I tell you where to kiss me?” she whispered.
A smile slowly stretched his lips. “Yes.”
“M-my temple.”
His breath fanned over her ear, sending goose bumps down her neck, before he pressed a kiss to her left temple. “Now where?” The words were spoken softly against her skin, each one a caress.
“My cheek.”
The tip of his nose grazed her skin as he moved lower. He kissed the hollow beneath her cheekbone. “Now?” he asked without lifting his lips.
So close. She could hardly breathe. “The corner of my m-mouth.”
“Are you sure? That’s very close to being a real kiss.”
Impulsive impatience seared through her, and she sank her fingers into his hair, held him in place, and pressed a closed-mouth kiss to his lips. Bolts of sensation zigzagged straight to her chest. After a surprised hesitation, she did it again, and he took the lead, showing her how it was done, drawing the kisses out.

Michael was so patient with her. He read her so well and knew just when to push and when to back off. Though he grew up with a cousin with the same condition, he didn’t realize Stella had autism, only that she was a little like his cousin. But it made him more patient and understanding with her. 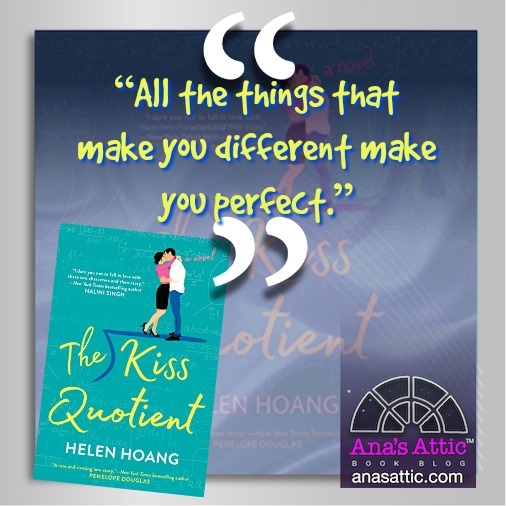 They both tried to keep the relationship about sex, but you know how that always goes.

These were supposed to be simple sex lessons. Why was it getting so complicated?

I found it so sad that Stella didn’t want to tell him her truth.

With the labels, he might be more understanding, but he’d quit viewing her as Stella Lane, awkward econometrician who loved his kisses. In his eyes, she’d become the girl with autism. She’d be … less.

But it’s sad to say, she might be right.

She could change her actions, change her words, change her appearance, but she couldn’t change the root of herself. At her core, she would always be autistic. People called it a disorder, but it didn’t feel like one. To her, it was simply the way she was.

I can’t tell you how many people I messaged personally about this book. I think it’s an important read, not only because it features an autistic character written by an autistic author, but it also has a diverse cast of characters. But forget about why it’s an “important” read and let’s focus on why it was a great read. It was a hopeful book, filled with pain, joy, sexy times, love, friendship, family, culture, and diversity. It made me laugh, it tugged at my heartstrings, it made me think, and it made me swoon. I reveled in the uniqueness it brought to a common theme (falling for your escort). The topic of autism could have overpowered the story, but it was more about Stella’s personality and the unique qualities that make her special. It was about overcoming labels, accepting that labels don’t make the person. I loved how they both learned to love themselves as they learned to love the other and accept the other’s love. The Kiss Quotient is truly a book I will remember for a long time and I really look forward to the next standalone in the series, The Bride Test, coming in 2019. 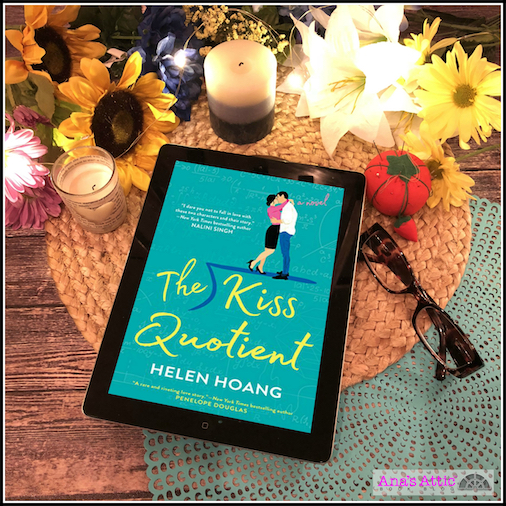 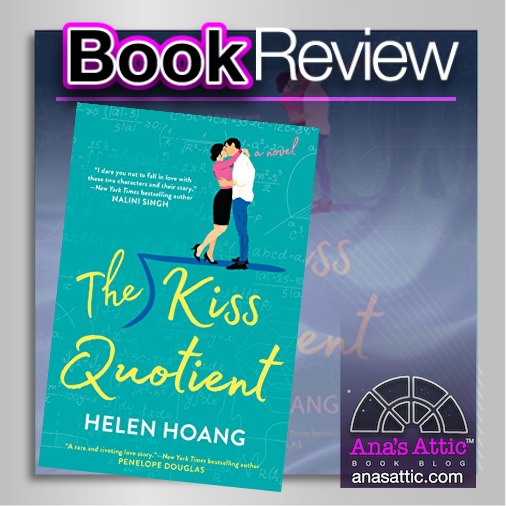