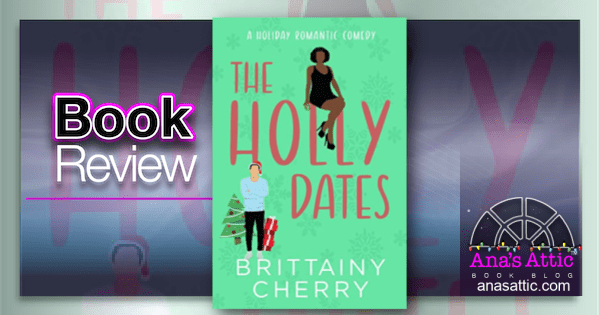 The Holly Dates by Brittainy Cherry

I was pleasantly surprised to find that The Holly Dates by Brittainy Cherry was more than a light Christmas novella. This full-length romance may be taking place at the holidays, but I think it can be read any time of year. The Holly Dates is my favorite holiday book of 2022.

Holly and Kai had a meet-ugly. She’s a romance writer who had her nose buried in a book while walking when she slams into Kai with some tough results. When Holly starts showing up at Kai’s brand new restaurant with a new date every night, he gets even more annoyed at her every day. So he offers to help her find a better date, just so she will stop coming to his restaurant every night.

“Stop love bombing yourself so that you won’t be alone.”

Holly was left at the altar last Christmas Eve. This year, she is determined to find someone new for the holidays. She is so happy and positive, and she’s willing to get right back on that horse. Kai was also burned, but he’s the opposite. Gruff and closed off, he wants no part of love.

But when his coaching starts to work and Holly gets serious with one of her dates, Kai doesn’t like the guy one bit.

“If you need to be scared, then fine. But please, Holly…be scared with me.”

The relationship was interracial. I found that I had some trouble visualizing the characters because there was very little description, just that Holly was a curvy black woman and Kai? Well I’m not sure, but I think maybe Hawaiian or another Pacific island. I would have liked to see this difference explored a bit or even mentioned more than once (unless I missed something).

“When you found a love that allowed you to be yourself fully…Well, that was the kind of love you wanted to keep around.”

I read holiday books all of December, and out of the 11 I read this year, The Holly Dates by Brittainy Cherry was my favorite. I think it’s a great grumpy/sunshine, enemies-to-lovers, opposites attract romance that you can read any time, but it’s even better during the Holidays. 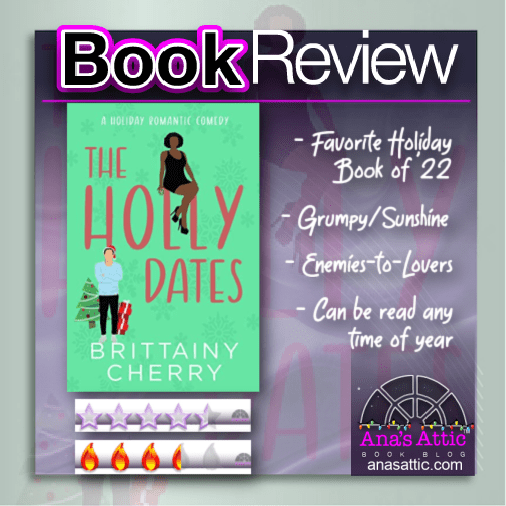