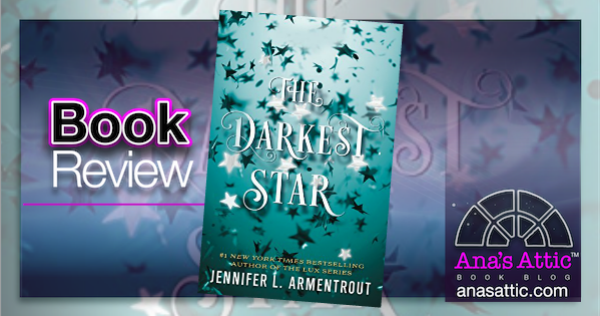 Though it’s a spin-off from the Lux Series, it totally stands alone

When seventeen-year-old Evie Dasher is caught up in a raid at a notorious club known as one of the few places where humans and the surviving Luxen can mingle freely, she meets Luc, an unnaturally beautiful guy she initially assumes is a Luxen…but he is in fact something much more powerful. Her growing attraction for Luc will lead her deeper and deeper into a world she’d only heard about, a world where everything she thought she knew will be turned on its head… 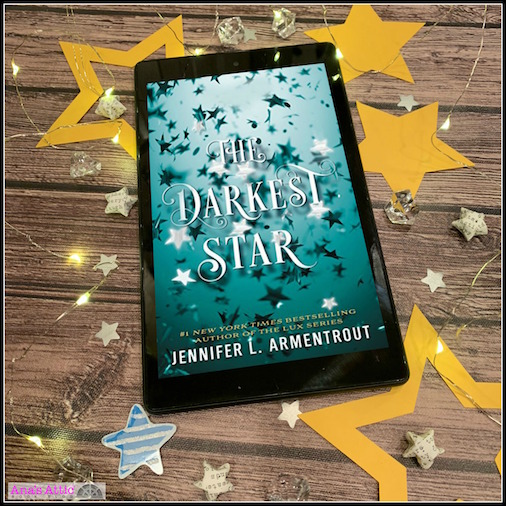 The Darkest Star by Jennifer Armentrout was my first book by her. I was contacted by her publisher to read it and because it was #1 in a series I figured “why not?” I am going to her Apollyon event again this year so it was time to read her. Now keep in mind, I had never really read sci fi, and I very very rarely read YA, but I was looking for a change, so I took it. I was immediately sucked into the world, and kind of had that feeling I had when I read Twilight. It was addictive and unputdownable, but also cheesy and cliché, but in a way that made that good if that makes any sense?

When I was about 50% in, I took to Facebook to proclaim how much I was enjoying The Darkest Star. It was then that I found out it was a spin-off of the Lux Series and that Luc, the hero, had been a previous character. So if you read the Lux Series, you know what he is. But I had no clue and I almost think it was better that way because the heroine didn’t know either. There was not one moment where I felt like I missed something. Jennifer Armentrout filled in new readers without it ever feeling like a recap.

Though I was a little worried about reading about aliens, it honestly was no different than any paranormal book to me. In fact, it was SO SIMILAR. If you loved Twilight, you’ll love this. Again, it’s not a bad thing because I loved Twilight despite the sparkly vampire and other cheesiness. There are a lot of similarities that seem formulaic for other YA paranormals I have read: She doesn’t know what he is, he watches over her to protect her, the aliens have their own table in the lunchroom, she seems normal but she’s “special” and a target for baddies, and he is broody and can read minds and more. Even the sexual tension between them is similar.

“There was no room for thinking or feeling beyond this moment. Not when his mouth made its way back to mine, not when I was panting against his swollen lips, and I knew I was on the precipice of something major, something beautifully unknown, and then I was falling over that edge, tumbling and spinning. I was humming. “Luc,” I said, gasping. He suddenly stilled above me, his breath dancing over my lips, and I was waiting—wanting him to do more, want more. He cursed and wrenched away, flipping onto his back, onto the bed. My eyes went wide, and I was once again staring at the ceiling, my entire body trembling as the pleasant, sultry haze faded.”

Sound familiar? It’s a formula that WORKS. And it worked WELL because I couldn’t put down the book the entire time and plan on continuing the series. I am debating on starting from the beginning of the Lux series, but I kind of liked that I didn’t know everything, just like the heroine. 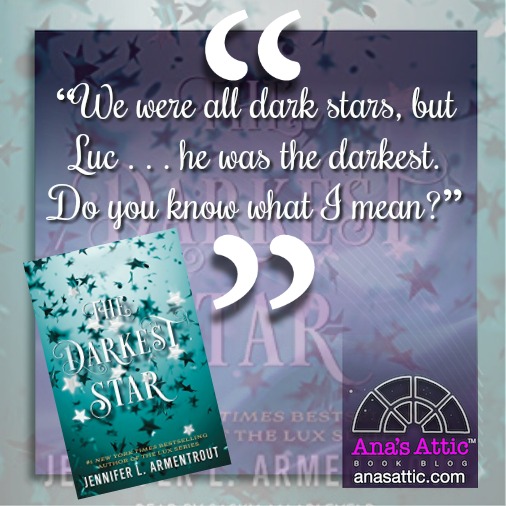 I have never read alien romances and I rarely read YA, but I took a chance on The Darkest Star and I am so glad I did! As a newbie to Jennifer Armentrout, I didn’t even realize while reading that this is a spinoff of her Lux Series, and that’s OK, it stood really well on its own and I think maybe not knowing may have even enhanced the read for me. This is a series I will definitely continue! 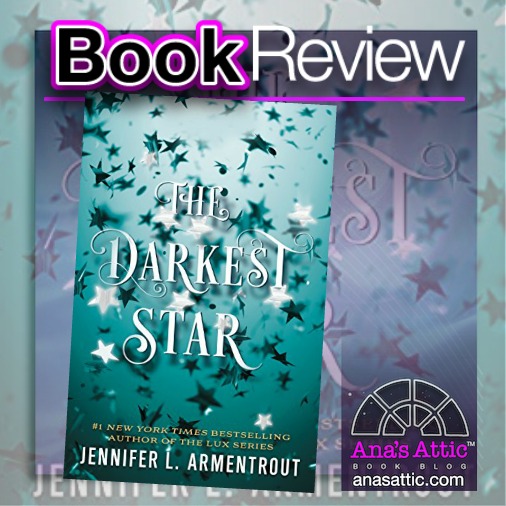