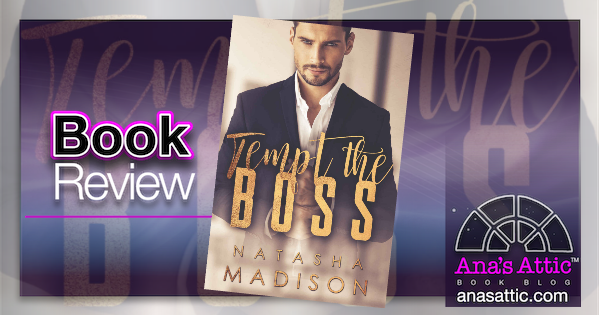 Tempt The Boss by Natasha Madison

OMG you guys, I freaking loved this enemies-to-lovers, single mom workplace romance! Tempt the Boss by Natasha Madison hit all the right spots when it comes to books I love. It was funny as hell, had banter, was super sexy, no unnecessary angst and I couldn’t put it down.

Lauren thought she had a pretty good marriage until her husband decided to leave her for her child’s teacher. But she is strong and sassy. She got herself back out there and into the workforce. Her first temp job was secretary for a man that had been through numerous assistants but couldn’t keep any. He was a total jerkface. But a super hot jerkface.

“When I ask you to get me coffee, I’m not asking you to join me for a cup. When I tell you to scan and email something, I don’t need reporting of the task as if you’re waiting for a sticker on your paper. When you have a caller on hold, I don’t need you announcing them to me through the intercom in a singsong voice. I also don’t need you knocking on my door every few minutes to ask me if I need anything.”

It didn’t matter though, Lauren was determined to keep the job. But there was no way she was going to put up with his bullshit. He acted like a child–he wanted her, but NEVER mixed business with pleasure, so instead he was even meaner because he couldn’t handle the attraction, like a second grader pulling her braids.

“I’m not sure how I’m going to get anything done, because fucking her on my desk is the only thing I can think of that needs to be done right now.”

When they started pulling pranks on each other, I was literally laughing out loud, hard. 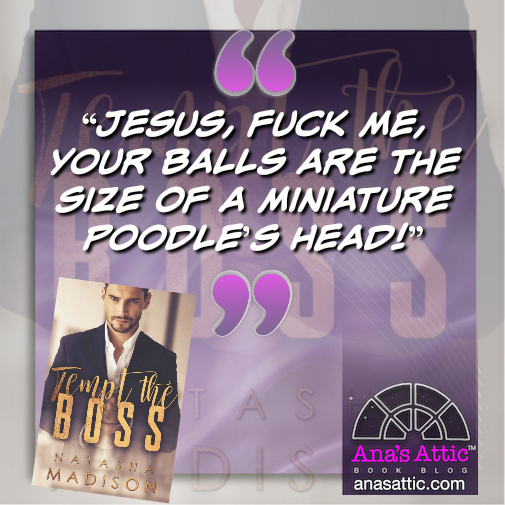 The first half was filled with funny banter, sexual tension and hysterical pranks. It was seriously one of the best I have read. When they finally give in to the tension, it was HOT!

“I can only be a gentleman for so long, baby,” I whisper roughly in her ear and then roll the lobe between my lips.

I loved him meeting her kids.

“Hey, Mister.” The little girl looks up at me. “Who are you?” She is biting off the tip of the chocolate penis in her little hand.
“I’m your mom’s boss,” I explain to her, squatting down in front of her.
“Oh, you’re the Asshat?”

And as the single playboy got more involved in the single mom’s life, he got sexier and sexier.

There is only one big problem. Austin will NOT date someone from the office.

“He wants me to quit. Well, fuck that! I’m going to make him regret he made this stupid rule, even if I give myself blue balls, or a blue vagina, or whatever.”

But how long will he last?

“Not just her body, though her body is meant to be worshipped, but her head, her heart. I want it all.”

The first half of the book was a 5++++ star read for me despite some minor formatting issues that probably only picky me noticed. Once the couple really got together and the scenes were either lots of hot sex or with other characters (from other books?) popping in, it lost its way for me a little bit, but I still loved it.

Some people may dislike this—I liked it with it but it bears mentioning that as the chapters switch POV, a bit of the scene is replayed from the other POV. I liked it, but once in a while it was a little bit repetitive.

Tempt the Boss was so freaking good! I loved the first half so much I thought for sure it was going to be a 5+++++ star read despite some formatting issues that probably only bugged picky me. The second half lost a little momentum for me with the introduction of characters that I think were from other series and lots and lots of sex, but I was still enjoying every word.  I read the entire story with a smile on my face, and I kept posting about it on Facebook because I just needed to gush about it. If you like romantic comedies, put this one at the top of your list.

Tempt the Boss is a new favorite and I look forward to reading more from Natasha Madison. 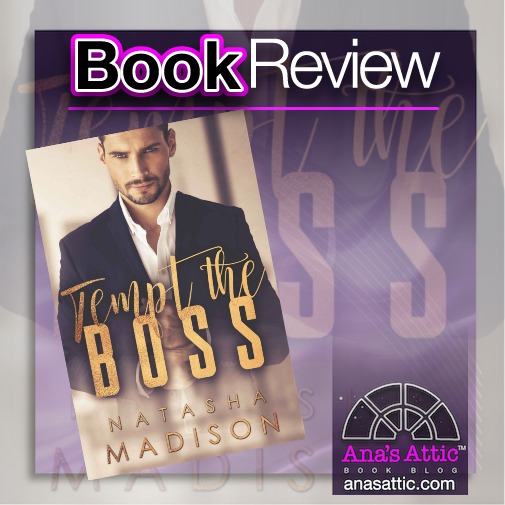