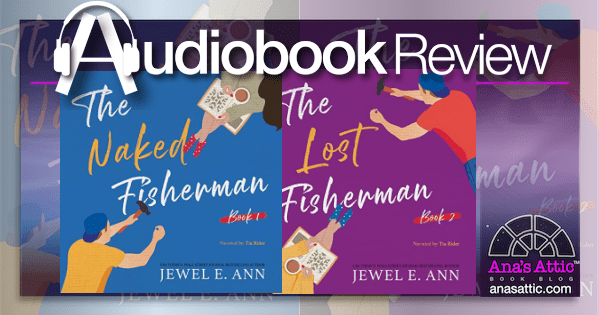 The Naked Fisherman and The Lost Fisherman by Jewel E. Ann

I’m reviewing The Fisherman Duet together, because I listened back-to-back, and because reviewing book 2 would be too hard to review and not have way too many spoilers.

First of all, there are NO FISHERMEN in this duet. The guy’s name is Fisher Mann. Though it’s a duet, the books are two very different books, featuring the same characters. I saw this duet on so many “best of 2021” lists that I decided I had to try it out.

Honestly, I didn’t really love it. But I bought both books, so I continued to listen anyway. Reese was 18 and coming to live with her mom who she hasn’t seen in 5 years because she was in jail for weed charges. During those 5 years, she lived with her religious grandparents and went to a Christian school, making her a judgmental, virginal bitch.

Her mom immediately got an opportunity to train in another state, so after 1 day, she left this young, very sheltered girl at her home alone for a month with her 28-year-old HOT landlord that never wears a shirt.

“I still had eighty percent of my virginity. It took some complicated math to come up with that. It also meant I still had an eighty percent chance of going to Heaven—one hundred if I followed the once-saved-always-saved philosophy. That was probably the best way to go at that point.”

Ugh. She was just so naive and judgmental! I admit I am not a huge fan of coming-of-age stories, but when they are done right, I don’t mind. I do, however, love them with a big age gap. I met my husband when I was 19 and he was 27. But in this case, both characters were ridiculously immature. If I didn’t know their ages, I would have thought she was 14 and he was 20 (and sleazy to take advantage of a 14-year-old).

“Yeah, I was angry at God too because I didn’t understand what kind of god would give me so many emotions, desires, and uncontrolled feelings, then tell me I had to suppress them until I was married.”

We only get Reese’s POV, so it just felt like a little girl whining over an unrequited crush during book one. I thought about not continuing to The Lost Fisherman, but I had to find out what everyone loved so much.

Okay, so I liked this one a lot better than the first because it takes place 5 years later and Reese has grown up a bit. It’s a true second-chance romance instead of a coming-of-age.

Unfortunately, I still didn’t love it. It still felt like Reese will desperately do ANYTHING to get Fisher, even if it ruins his life and lots of others. He, however, never seemed to feel the same. He kept so many secrets, he let her think the worst, and she always seemed to be holding on so tight. There was also a love triangle, and I didn’t like how it was handled.

Luckily, we got a little of Fisher’s POV in the epilogue, and it saved the book for me.

I usually list my likes and dislikes separately here. But honestly, though the books kept me engrossed enough, there just weren’t enough likes to list any, and I don’t like to list more dislikes than likes.

I think this was my first listen to Tia Rider and she was fabulous. I think this can be enjoyed equally in audio or printed word.

This was many people’s favorite books of the year, so you may take my review with a grain of salt. If you love angst, you may enjoy this. If you like coming-of-age books and other-woman drama this may be for you. But this wasn’t for me, despite the fact that it did keep me engaged for 4 days. I don’t feel like I wasted my time, I’m glad I listened, but I wouldn’t revisit this duet. 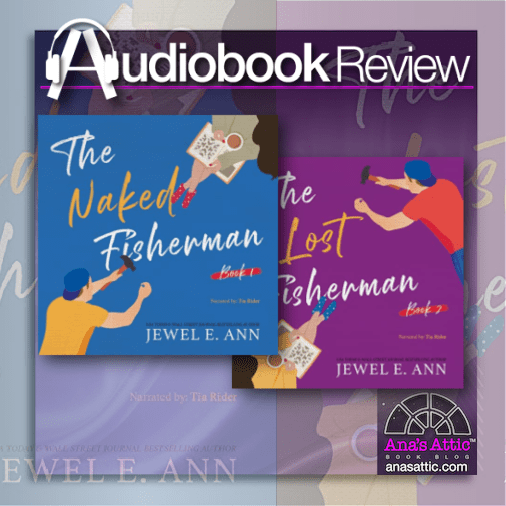