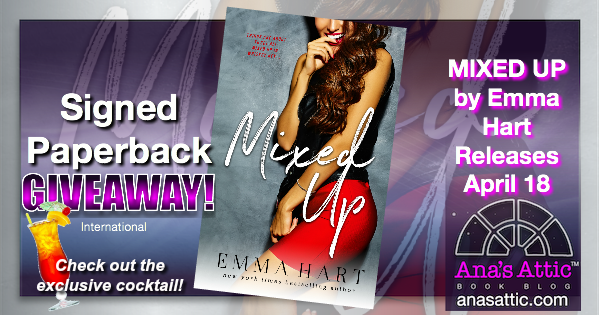 Mixed Up by Emma Hart

Hiring my brother’s best friend was not on my to-do list.
Neither was he.

Expanding my dirty cocktail bar into food was supposed to be easy, except finding a chef in my little town of Whiskey Key is anything but.
Until Parker Hamilton comes home—bringing his Michelin starred chef’s hat with him.
He has no work. I need someone like him in my new kitchen.
There’s just one problem: I hate his cocky, filthy-mouthed, sexy-as-hell guts.
Even if I might want him. Just a little…

Working for my best friend’s sister? Not on my to-do list.
She’s another story.

Whiskey Key was supposed to be a relaxing vacation, except I haven’t reached the heights I have by lying in a hammock drinking cocktails. So when Raven Archer is desperate for a chef, I offer up my skills.
I’m bored. She needs what I can give her.
Except there’s a problem: I’ve always hated her.
Her and her big, blue eyes, sassy mouth, and killer curves.
If only I didn’t want her.

Pre-order Mixed Up by Emma Hart 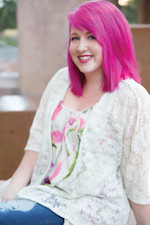 By day, New York Times and USA Today bestselling New Adult author Emma Hart dons a cape and calls herself Super Mum to two beautiful little monsters. By night, she drops the cape, pours a glass of whatever she fancies—usually wine—and writes books.

Emma is working on Top Secret projects she will share with her followers and fans at every available opportunity. Naturally, all Top Secret projects involve a dashingly hot guy who likes to forget to wear a shirt, a sprinkling (or several) of hold-onto-your-panties hot scenes, and a whole lotta love.

She likes to be busy—unless busy involves doing the dishes, but that seems to be when all the ideas come to life. 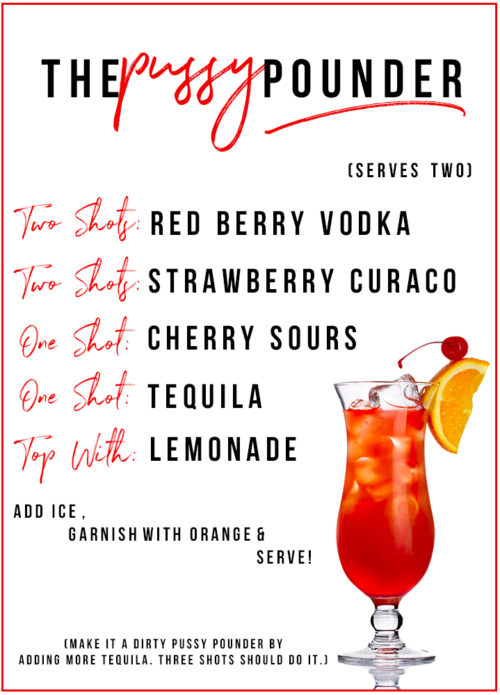 Add ice, garnish with orange and serve!
(Make it a Dirty Pussy Pounder by adding more tequila. Three shots should do it.) 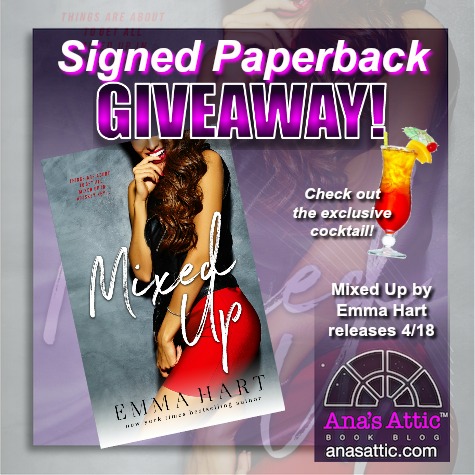