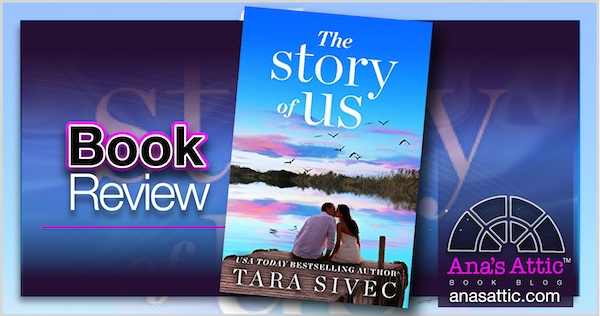 The Story of Us by Tara Sivec

Tara Sivec can write the hell out of every genre she attempts. Though her comedy series are some of my favorite all-time books, two of her emotional dramas are up there too. If you’ve read the amazing Fisher’s Light, you know what Tara can do with a military second chance romance. If you like Fisher’s Light, You will enjoy The Story of Us.

Shelby was brought up rich on a southern plantation complete with stables and stable boys. After the death of her father she also grew up unwanted and unloved. Her only loves were dancing, and a secret crush on the stable boy, Eli, since she was 12. When Shelby returned from college, the crush became something more until her evil witch of a mom found a way to separate them. For good.

Shelby thought he died in the war, but he spent 5 years being tortured as a POW, and the only thing that got him through were thoughts of her and the memory of her scent and her touch.

“I wonder if she still thinks of me as much as I do her. I wonder if she knows she’s the only reason I’m still breathing, still fighting, and still holding on.”

Shelby has given up all of her dreams, all that she is, in those 5 years. After a tragic accident, and under constant threats from her mother, Shelby is not the girl Eli remembered.

“You came back here for the girl who could dance. The girl who fought to make her dreams come true, and I’m not that person anymore. I don’t even know who she is.”

The Story of Us is more than a second chance romance, there are some surprising twists and turns that I never saw coming. Parts of it were also told in a very unique way, through the letters he sent (and she never received), as well as in dual POV. 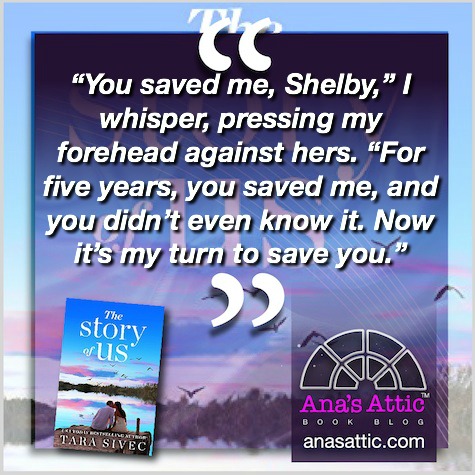 Tara Sivec has brought us another emotional powerhouse featuring a soldier with PTSD, but that’s where the similarities end. The Story of Us has a number of interesting and unexpected turns, but it’s so clear that these two are meant to be—you just have no doubt they will find a way to make it work despite the curveballs life keeps throwing at them. While I didn’t quite get the epic feels as I did in Fisher’s Light, The Story of Us came pretty close. Once again, Ms. Sivec delivers us a unique read filled with emotion, drama, love, sexy times and lots of mysterious twists and turns.
*Additional note: The preview for the next slightly related book already had me crying and I am totally in love with it.

Purchase The Story of Us by Tara Sivec 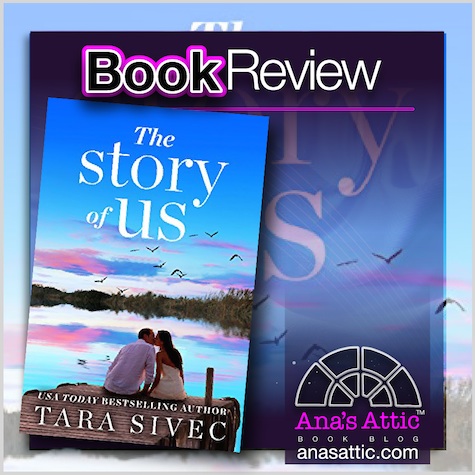