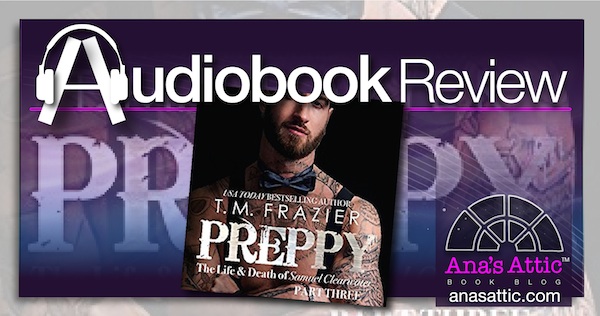 I listened to Preppy, Part Three: The Life & Death of Samuel Clearwater by T.M. Frazier last month and just realized that while I was gushing about it on social media, I never posted my full review! First of all, I want to start by saying this will be spoiler free for the series. Second, I want to explain my background with T.M. Frazier’s work. I don’t usually like sad or dark books. Because her first book was called The Dark Light of Day, and the original cover looked sad, I thought it was sad and dark. (It was neither, it was gritty and amazing). King was also classified as “dark”, but a year after it came out, I finally had to see what all the fuss was about and bought the audiobook (which is still a $2.99 upgrade) and FELL.IN.LOVE.

It’s not dark, it’s funny and hopeful, but it’s as gritty and violent and as against the law as it gets. T.M. Frazier has no boundaries she won’t cross. It’s hard to believe the things she writes comes from her pretty princess-looking head! If you are reading this, you need to know that this is review is about the last in a 7 book series (10 if you include related books), and you MUST read the others first! Preppy, Part Three reads more like an extended epilogue to the series, and though the Evil Ginger puts us through the ringer, she leaves us more than satisfied in the end.

“As crazy and silly as the man could be, I wouldn’t have it any other way. It took a lot of crazy to put up with me and Samuel Clearwater was my kind of crazy.”

Preppy, to me, is the guy who made the series so amazing, his sometimes-silly, no-holds-barred, sick, crazy, killer humor is so unique and funny you can’t help but love the drug-dealing killer.

“This is the fun part of the evening where we get to meet and discuss who’s trying to fuck with us and all the ways they need to die.”

And there was never a doubt that he and Dre belonged together.

Preppy really grew up and became a man during his series, not just the comic relief, and I loved his character growth.

“The greatest gift I was ever given, was death. Because only then did I learn what it meant to truly live.”

But mostly, I loved the love story… 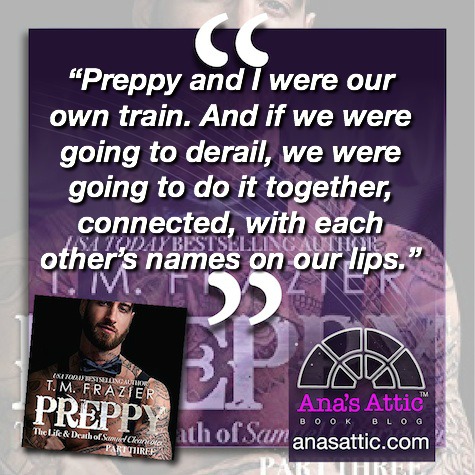 The narration in this series is excellent. Though the Preppy books had different narrators than the previous books in the King Series, I actually liked that. And I love that it wasn’t narrators we hear every day. I think that the narration actually enhanced the reading experience.

I couldn’t have wished for a better end to the King Series than Preppy, Part Three: The Life & Death of Samuel Clearwater. Though it was a little lighter, sweeter and more nostalgic than previous books, it left the reader with a super satisfying end to the series where all the loose ends are tied up. Though I hesitated to read T.M. Frazier at the beginning because I thought she was too dark for me, she has become one of my top 5 authors, and Preppy, Part Three just cemented that love. 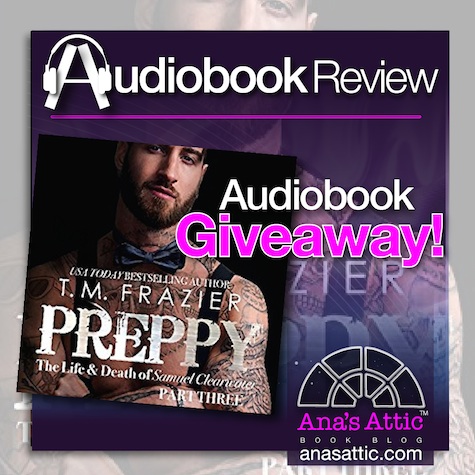