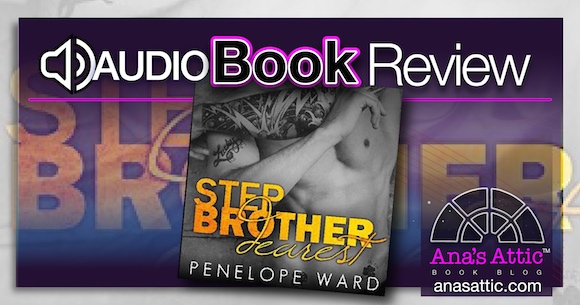 The original that started it all! I am not a fan of the stepbrother trend, and to be honest, the turnoff began NOT from this title, but from the first few that came out and completely copied Stepbrother Dearest by Penelope Ward. Title, cover and all. As a unique taboo romance, a stepbrother book can be awesome, but since this book, it has become a genre, and frankly, I just find that to me, even though I never read Stepbrother Dearest, I still feel like the hundreds, if not thousands of other step-books copied this after it became a success.

So I finally got a chance to see what all the hype was about, and honestly enjoyed it a lot, but I’m not sure the major hype was warranted.  I will say, it was very similar to the two others I have read, but this is the original, so it was unique when it came out, and the others were not. I completely gobbled it up, and found myself doing chores so I could keep listening. I think I listened in one day, so it certainly sucked me in.

Greta is a sweet, innocent 17 year old virgin (luckily not that innocent, she has a vibe). She has never met her stepbrother, Elec, who is the same age until he is forced to live with his dad, stepmom, and Greta for a few months while his mother travels. Elec is a dick. He doesn’t want to be there, and he decides to make everyone around him miserable because he is determined to hate it there.

Greta decides to kill him with kindness, and no matter what he throws at her, she is totally nice and sweet back to him. She knows he is hot as hell, which makes everything even harder. After a ton of time being a total jerk, Greta’s kindness begins to worm its way in, and we find that the sexy, tattooed, pierced-dick asshole is really just a hurt little boy. And the two really begin a strong connection.

“You’re the only girl in the entire world that’s forbidden, and fuck me if that doesn’t make me want you more than anything.”

Despite wanting each other desperately, they didn’t give in to temptation, until one night, a phone call changed everything, and they came together for one night to say goodbye.

“I want to be the only one to show you everything and to be the one you’ll always remember for the rest of your life.”

7 years pass, and tragedy brings him back to town. It’s all different. They still have a super strong connection that they have to fight due to the other people involved.

“I know I’m not supposed to care. But when it comes to you, what I’m supposed to be feeling has never seemed to matter.”

They fight the connection.

“If I knock on your door tonight, don’t let me in.”

But it isn’t easy…

“I’m fighting the urge to back you up against this wall and fuck you so hard that I’ll have to carry you back to your room.”

“The ‘one that got away’ was supposed to stay away, not come back and leave you all over again.”

There was so much hype around Stepbrother Dearest when it came out 2 years ago. It did so well and spawned so many copycats that a whole new genre developed. It did make me expect a little more. Don’t get me wrong, I throughly enjoyed the story, the writing was great, but there were enough things I didn’t like, especially the second half basically repeating the first, that it kept me from falling head over heels with the book, and warranted a 4 star rating.

Rating: 4 stars, 4 Heat, 4 Narration (wish there was a man as well, but she was pretty good) 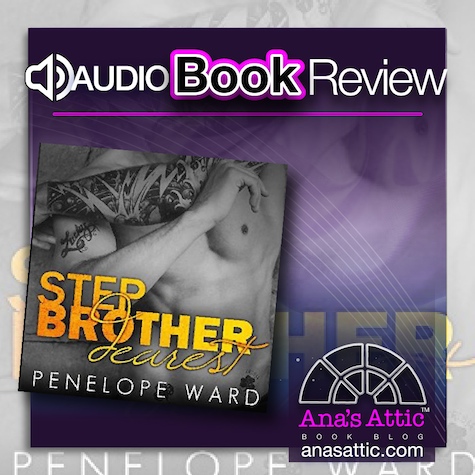