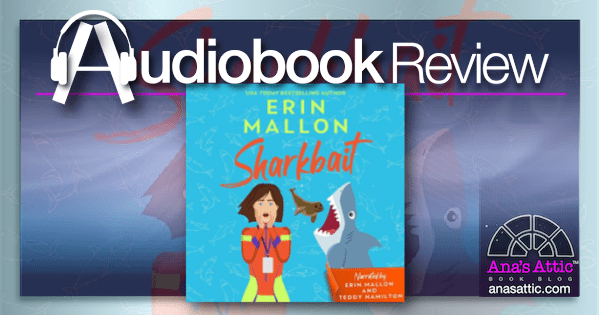 Book three in a standalone series. Can easily stand alone.

Flirtasauraus and Lovebug were on my 2020 and 2021 Top Favorites lists. I loved the group of crazy characters that I wanted to be friends with, and the feel-good giggles it gave me. So I was very excited for Sharkbait by Erin Mallon, the third book in the Natural History Series. Though it may be a little better if you read the first two to meet the friend group, it’s really not necessary. But I promise you’ll want to read them after.

Sharkbait is different than the two previous books. I was so surprised when Teddy Hamilton started speaking, because Flirtasaurus and Lovebug were only from the female POV. Sharkbait had more depth and emotion. And while it still had laugh-out-loud moments, it just wasn’t as silly as the previous two.

“Listen up because this is very important. After tonight? If you ever run into me again, we pretend this never happened. Got it?”

Louise, a marine biologist, just got out of a bad relationship and has no intention of getting into a new one. But a girl has needs, am I right? So one night she sees a hot bartender, drags him into the back and proceeded to make them both very happy (when he finally stopped talking). No names, no strings, no talking to each other after.

“Two months ago, the woman of my dreams walked into my bar, gave me fuck-me eyes all night, then dragged me into the walk-in refrigerator and proceeded to rock my world against some cold ass beer kegs. Now I keep seeing her around town, I can’t say a damn thing to her, and I feel like a total and utter chump.”

Turns out they kind of have the same friend group so he is pretty hard to avoid. James is 7 years sober, owns 2 bars and is a devoted dad to a little girl who just moved to Hawaii with her mom. James plans on following in a few months, but he didn’t expect to fall for someone right when he’s about to move away.

Louise isn’t as crazy as her two friends Calliope and Mabel, she has been the voice of reason, so most of the really silly moments were with those two women…except one or two, and you will know it them you read/hear them! Louise had a lot of baggage, so Sharkbait was deeper and more emotional than the first two. The addition of the male POV really let us get to know James better as well, though this story was mostly about Louise’s growth.

“You make me re-think sunsets.”

Erin Mallon narrating the characters she wrote is part of why I love these books so much. Her comedic timing is brilliant, her male voices are sexy as hell, and she is also great at serious stories. But doing the same with her own characters steps it up a bit more. Teddy Hamilton was perfect as James. I highly recommend listening to this series over reading it, because it’s part of what makes it so special.

I am so glad Erin Mallon will be releasing some novellas from the Natural History series because I’m not quite ready to let it go yet. I love this whole series and it’s interesting to see how much her writing has matured since her first novel Flirtasaurus. I absolutely loved Sharkbait, but it wasn’t as ridiculous as the first two, which is what I loved about them. Still, the laugh-out-loud moments and the deeper relationship still made Sharkbait a very special read. 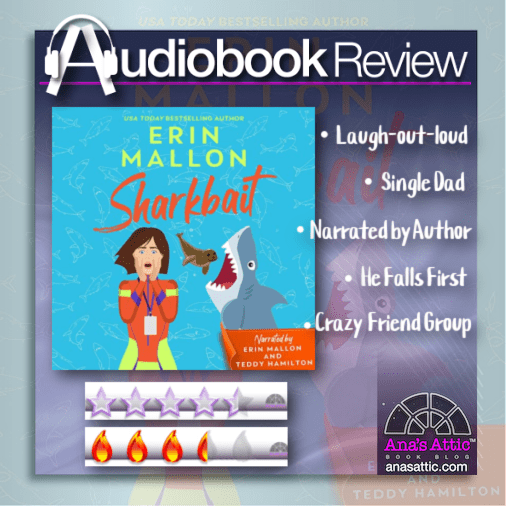