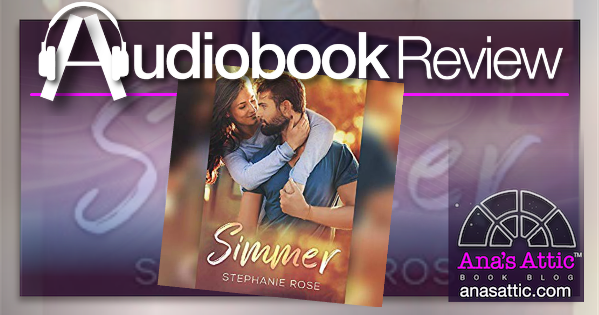 Silly me! For some reason I I didn’t realize or remember that I had met some of the characters in Simmer by Stephanie Rose already in the previous book, Rewrite. Since they are not marked as connected anywhere it never occurred to me, even though I felt like there was something very familiar a few times. That being said, I never thought it, because it never seemed like I missed anything. Previous events were described well in Simmer. 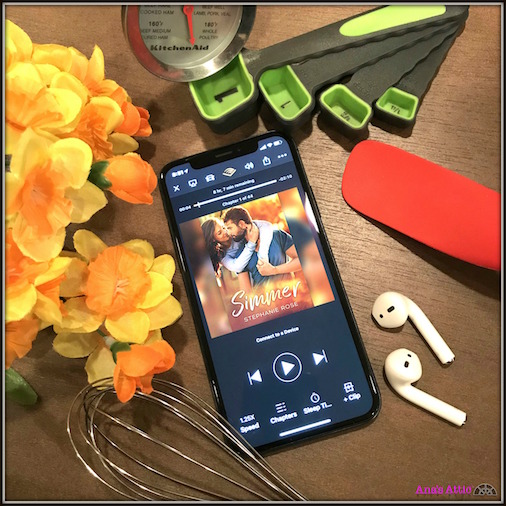 Sara, the female protagonist, is a single mom who has worked her butt off all alone with no family to help her. She has scrimped and saved every penny to give her adorable daughter as good of a life as she could.

In Rewrite, Sara played the part of the nasty baby momma when her one-night-stand wanted to be part of her daughter’s life with his new wife. In Simmer, we get to see Sara’s point of view. Since I didn’t remember that it was a previous character, perhaps it made it easy for me to forgive her; because she knows exactly how horrible she was and is totally ashamed. But I get it. She was all alone working so hard for her daughter for 8 years, now new people want to just swoop in after all she has struggled.

In Simmer, Sara as on much better terms with Josh and Brianna. Her daughter, Victoria, has a beautiful room there, and Sara has an opportunity to finish her chef degree so she can finally get a good job. The only problem is the school is in Boston and kids aren’t allowed in the dorms. Sara decides to do what is best for her and her daughter, and leave Victoria with her dad in NY while she completes her last year of school hours away.

Sara was all about missing her daughter and getting her work done. She tried to avoid the social stuff, and at 32, she was one of the oldest students. But that didn’t stop Drew, who is 7 years younger, from being very interested.

“Whatever life did to her made that smile hard to come by. It was the second time I’d seen it, but I knew it was as rare as it was beautiful—like a shooting star.”

Sara made it very clear that she was not there for romance and had no room in her life for it, so she and Drew became just friends.

You are the best friend I’ve had in, maybe ever. I still don’t know why you waste your time,” she choked out a laugh. “But I’m so thankful you do.”
“I’m not wasting my time. It’s not a waste if I don’t want to be anywhere else.”

Sara never grew up with love. Her parents disowned her when she was pregnant. She had a really low opinion of herself and didn’t understand why 25-year-old Drew was wasting his time with her and her baggage.

“You didn’t ruin my night. You were the highlight of my day.”

As the friendship morphed into more, I loved it more and more. The slow simmer of their relationship was great. I love how their love grew as her relationship with Brianna and Josh grew as well.

”You were never worthless. You’re worth everything to me.” 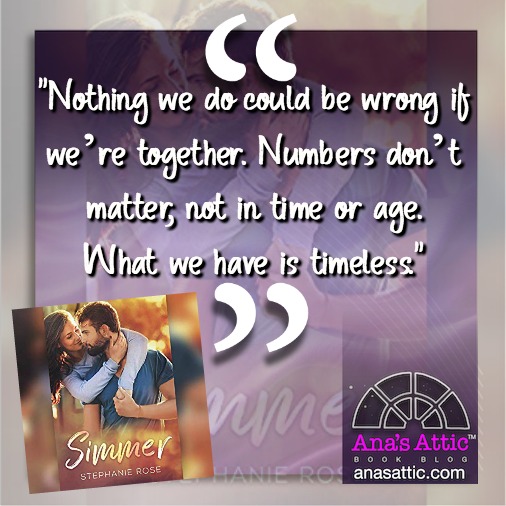 I loved the narration. I’m not sure if these are pseudonyms because they both sounded familiar, but I have nothing I have read from either narrator. Inés del Castillo differentiated between voices beautifully and I loved the New York accent. Joseph Discher was a tiny bit mechanical sounding but I still liked him, he sounded great for the age he played.

Even though Simmer has characters from a previous book, it can very easily stand alone. I read Rewrite and it didn’t hit me that they were related until the very end. I enjoyed the fact that this was a character that acted badly, really badly, but is working hard to make up for it. I liked that a big barrier wasn’t so much age as it was their lives and careers. 7 years is a big age gap, especially when the woman is older, but it was never shoved in your face. They made a great couple, and I love that the title Simmer is a great name both for the chef and the slow-burn romance.

Though technically not a series and both books stand alone well, the characters overlap a lot. 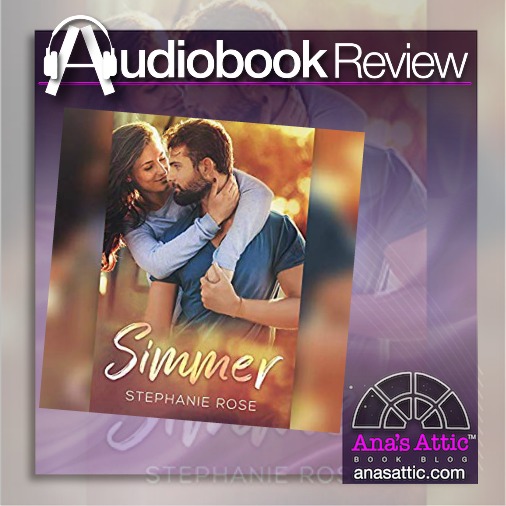