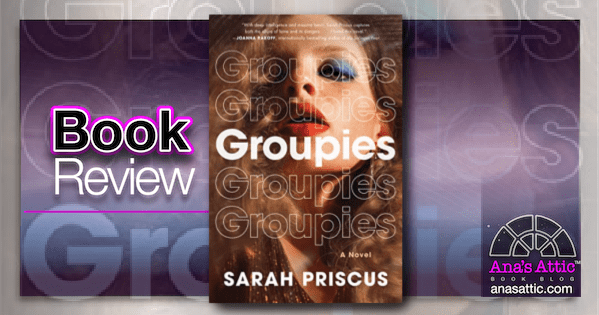 I love books and movies that take place in the 60s-70s music scene. Almost Famous is a favorite movie of mine and Mary Jane and Daisy Jones and the Six are two of my favorite books ever. So I was super excited to read Groupies by Sara Priscus.

It’s 1977 and Faun’s mother just died. So the budding photographer dropped out of college and joined her best friend Josie in Hollywood. Josie is a muse/model/groupie dating Cal Holiday, the leader of the hit band Holiday Sun.

Faun goes nowhere without her trusty polaroid, and she soon becomes the unofficial groupie/band photographer. When she first got to Hollywood, she looked for photography jobs, but eventually the groupie life won out.

While Almost Famous had some bright, hopeful, funny moments, Groupies had none of that. It exposes the ugly, and delves deep into the psyche behind the Groupies.

“We needed something to nurture, and they needed nurturing. Constant attention made you need it even more. The band never learned to be alone and neither did we. But if they were starved for attention and we were, too, didn’t we make a perfect pair?”

The style of Sarah Priscus’s writing was just a little too over-the-top at times, and the overly descriptive prose sometimes took away from the story.

“He turned back to me, passing me his joint. I sucked it, its burning paper saccharine with sugary saliva and sweet smoke.”

My biggest problem with Groupies was it was just kind of sad in so many ways. There didn’t seem to be any upside to this life they lead. There also wasn’t even a juicy story until the book was almost over. Faun’s inner struggle with being a groupie and being accepted and loved like she thought all the other girls were was the focus of the story, but she never made you root for her.

“I imagined I was above my own head, watching myself emulating all my friends. Mimicking what I was supposed to be.”

Groupies by Sarah Priscus had such potential! I wanted to love it so much, but between the overly flowery writing and the characters I couldn’t really root for, the book lost its luster for me. I never had a desire to DNF, but I just kept waiting for something good to happen and it never really did. Sadly I found the book a little depressing and I can’t recommend it even to people who love 70s rock and roll books. If you read it, come back and let me know how you felt. 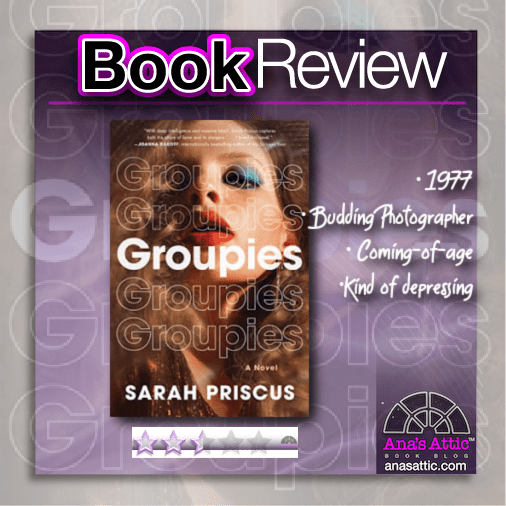