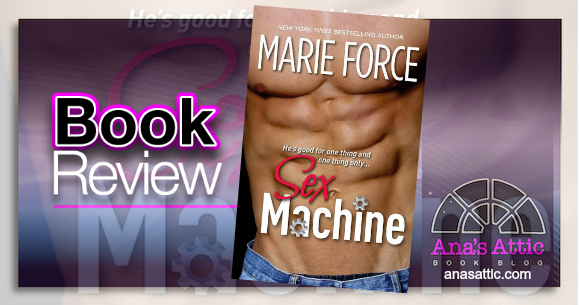 Marie Force has a gazillion books out, but I have never read her. So when I saw she was releasing a sexy standalone that seemed right up my alley, I jumped at the chance to read it. And please, with a name like Sex Machine, and abs like that on the cover, how could I resist?

Blake Dempsey, the owner of ‘The Cock’ grew up in the same small town as Honey. He is known for his reputation as a Sex Machine, but he does not get entangled, nor does he do repeats. He blames himself for the loss of his fiancé (and one of Honey’s best friends) 12 years before, and is emotionally broken down from the tragedy. So when the gorgeous Honey, who he has known his whole life, walks into the bar and asks for him to fuck her, who is he to say no?

“Hours after I crawled from his bed, a shell of the woman I’d been when I arrived, I can still feel him inside me. My muscles are still contracting. My clit is still pulsating with aftershocks on top of aftershocks. Surely this can’t be normal. Maybe I ought to call my doctor. Except what would I tell him? Blake Dempsey and his giant cock fucked me to within an inch of my life, and I’m concerned that I might’ve sustained internal injuries?”

Now that Honey has experienced The Cock, she is truly spoiled for other men. Even though she promised herself going in that she wouldn’t involve her heart, it was hard not to get attached to this broken man who fucks like a machine. While Honey seemed confident and strong in the beginning, we realize that it is hiding a pretty vulnerable woman who is all alone in the world.

Blake is called a machine because all he does is work and fuck randoms. He has a great family, but he can never let him get attached again, his guilt won’t let him. But he has known Honey forever. He used to pinch her on the playground.

“I can let go with her and be myself. I don’t have to hide the agony I carry with me every second of every day. She knows. She was there. I don’t have to explain anything to her, and that’s a huge relief.”

While Sex Machine wasn’t a second-chance romance, it kind of feels like one. It was sweet and sexy and had a lot more emotions than I expected. 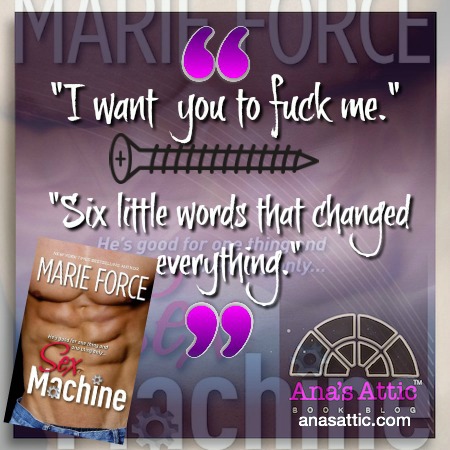 Sex Machine was a sexy little romance that felt a little like a second chance romance. The characters were likable, and there was a lot more emotion than I expected from a book with that title. The writing was excellent, and it was a quick read, but quite honestly, I forgot all about it the minute I finished it, and forgot to write the review until I saw it went live. There was nothing AMAZING that stood out to me. It was just a good, easy, sexy afternoon read. 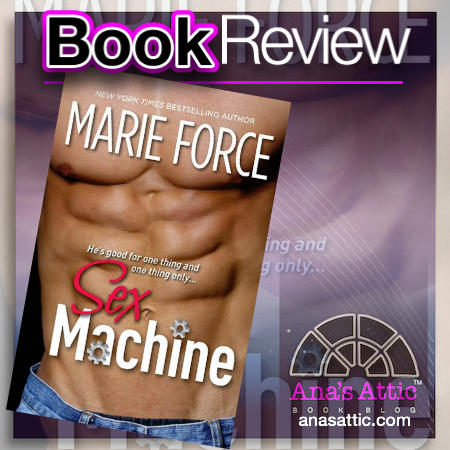 In case you missed it, I have Joe Arden telling us

It’s no secret that I LOVE @laurenblakelybooks .