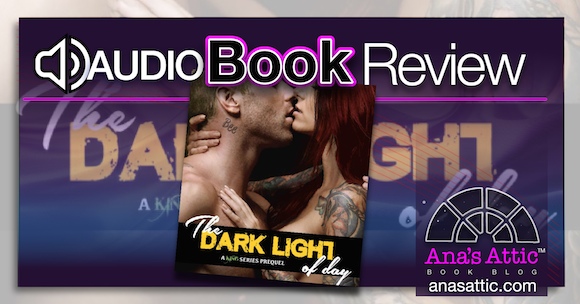 The Dark Light of Day by T.M. Frazier

As soon as I saw that it The Dark Light of Day was related to King, I grabbed it on audio. OMFG, I have had this on my shelf for like 3 years! I can’t believe I didn’t read it before! Yes, it IS a prequel, as King shows up in A Dark Light of Day, and it has the same rough, violent, sexy, gritty feel that the King Series had. And let me tell you, I loved it just as much. It’s hard to believe that this was T.M.’s debut novel.

Jake has had a rough childhood. Blamed for things beyond his control, losing his family and being left with a drunk, abusive father, Jake took off for four years, but he is called back to town to help with his father’s business.

Abby had one of the worst childhoods any girl should endure. With a junkie mom who whored herself out for drugs, it wouldn’t be long before Abby herself was offered as payment. She was finally shown some kindness when she went to live with her gran, but she was still broken, scarred, and couldn’t be touched. But when her gran died in an explosion, she was alone with no place to go again, and she sure as hell wasn’t going back into the system.

When Jake discovers Abby sleeping on his property, their connection sizzles.

“I contributed nothing and took everything. But to be fair about it, I also expected nothing from the godless world that ripped me apart at every turn.

I expected nothing, until the night I met a certain redhead with an attitude. The night I met Abby Ford, my life changed forever.”

These two broken souls had an instant bond, and for once, they each felt more than horrible despair.

“For the first time in a long time a bit of something I was unfamiliar with crept up inside me.
If I hadn’t known better, I’d have thought it was hope.”

As dark and scary as Jake was, he was the opposite to his “Bee”, there was no question about how he felt about her.

“You’re not nothing. Don’t ever fucking say that again, because you’re everything.” He said it again, quietly this time, “You’re fucking everything, Bee.”

When Jake has to leave town for a while, things take a turn, and let me tell you, T.M. Frazier is not afraid to write anything. While the first half, though gritty, was hopeful, the second half was scary, emotional and angsty as hell. But SO.FREAKING.GOOD! 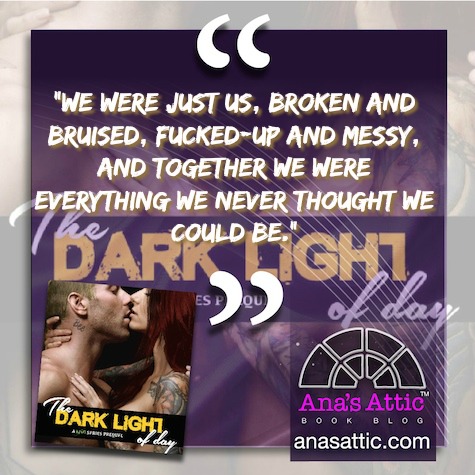 “We’re all a little damaged, Bee. Some of us more than others.”

Holy Cow. Now I get what they call T.M. Frazier “The Evil Ginger”. The horrors she puts her characters through are nothing short of disgusting, brutal and horrifying. In fact, hers are the most brutal books I have ever read. But they are unforgettable and unputdownable, and bring out every emotion. The Dark Light of Day is absolutely a prequel to the King Series, so if you have read that, you must read this! If you haven’t, start here. It almost feels wrong to say that this is one of the best books I have read because of the brutality these kids have been through, but…just wow. The writing was incredible and intense. The love was all encompassing. Despite the very dark brutal themes of the book, there is still a light that shines throughout. <—OMG, I just got the title when typing this!  I am so happy I went and picked up a 3 year old book. You’d never imagine that it was T.M. Frazier’s debut.

Purchase The Dark Light of Day by T.M. Frazier

*Note: I used the kindle cover for my graphics. not the audiobook. 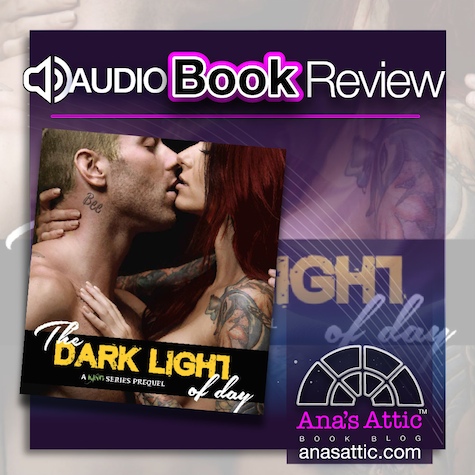