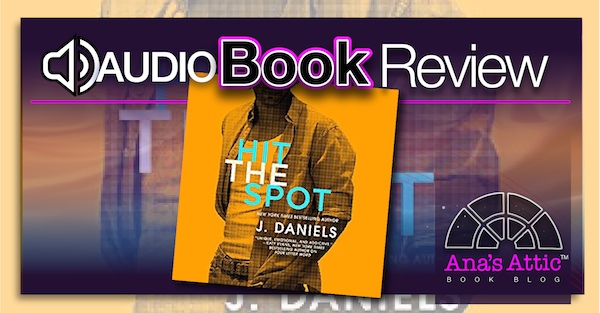 Hit The Spot by J. Daniels

After reading (listening to) Four Letter Word by J. Daniels, I was hooked and couldn’t wait to read Jamie and Tori’s story in Hit The Spot. I love when the guys are funny, over-the-top flirts, have no filter, and pursue the heroine relentlessly. And I love when the heroine resists, at least for a little bit, and denies she has feelings.

Despite her protests, Jamie isn’t giving up. In fact, he pursues her for NINE MONTHS!

Tori has been serving him the “Loser Special” for months, and Jamie still comes in to the diner all the time to pursue her and get shot down. But he never gives up.

After that, it became pretty hard to deny the attraction anymore, so Jamie has a proposition:

This was so much fun! Listening to them both try to tempt each other and get the other to give in first was my favorite part of the story. 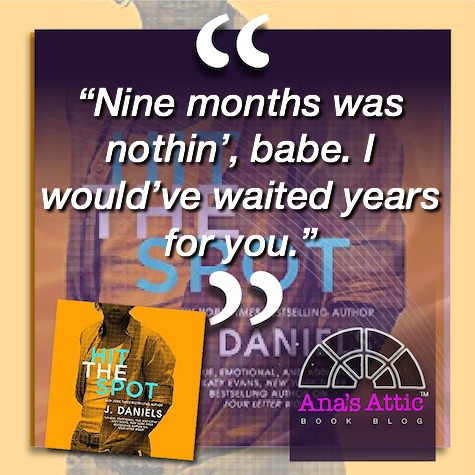 Despite loving the story and banter, I did feel like the characters changed a lot from the first book, the problem being I loved them more in Four Letter Word. That’s not to say I didn’t here, but Jamie’s slang did not fit a California surfer, and at least in the audiobook, really started to bother me. Also Tori’s complete change from feisty to almost too needy made her not quite as much fun as she was in the beginning. Still, I totally enjoyed the book, and can’t wait for the next.

Hit the Spot was the second in the Dirty Deeds series, and I totally look forward to the next. I really enjoyed this audiobook, but for me it paled a little in comparison to the first, Four Letter Word, which I loved. I fell in love with Jamie and Tori in the first book, but they seemed to have very different personalities in Hit The Spot. I loved Tori’s feisty resistance until she broke down and gave in, then she became a bit of a doormat. I loved Jamie’s relentless pursuit and cocky flirting until he lost it on her and called her names. Don’t get me wrong, I still enjoyed the story very much, but the thing that really bothered me, maybe because the audiobook made it stand out, was the way Jamie spoke. No pronouns, ain’t, babe. double negatives, nuthin’…these things made him seem a little on the stupid side, and not at all like a California surfer. Still, I love my pushy alphas; I am enjoying the series and totally look forward to the next. 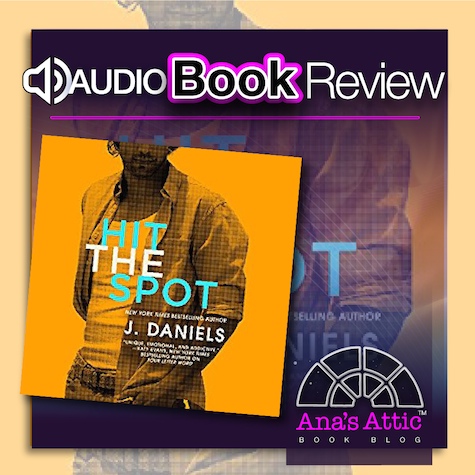