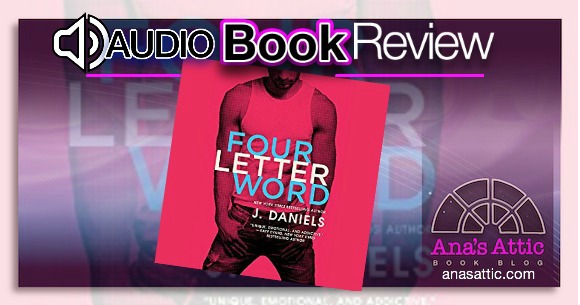 I had heard so many great things about Four Letter Word by J. Daniels, so when I saw it was on audible with the delicious Sebastian York narrating, I clicked so fast! I’m so glad I did. Though I don’t usually like to bring up other authors in a review, in this case I need to, because Four Letter Word fulfills the wish list of more books to read like Kristen Ashley’s. No, it doesn’t feel like a copy in any way, it just gave me the same feels. A sexy alpha who is a major good guy behind his pain, and a strong, fun, likable heroine to save him. I laughed, I got teary, and in the end I hugged my phone, wanting more.

“Wanna set your whole fucking world on fire, babe ’cause that’s what you’ve done to mine.”

Sydney Paige was just unexpectedly dumped by her husband, so she moves in with her best friend Tori, who just had her heart broken as well when she found out her lover was married. Sydney, already hurting, decides to fight for her friend, and calls her best friend’s married douchwad to give him a piece of her mind.

Except there is a little problem.

Oops, she just went wild on a wrong number!

Poor Brian has a dark secret he can’t let Sydney find out about. Even though he did the right thing by her, she wouldn’t understand.

She didn’t need to know that ugly, and I was done with it.
All of it.

When they finally meet in person, the two were already gone for each other, and it had just been a few weeks.

“That’s ours, Wild. What we have, how we build on it, and I don’t give a fuck if it makes sense or not. It was fast but I don’t care. People might not get it like we do but again” — he dipped closer — “I do not fuckin’ care. What I do care about is you.”

But she isn’t even divorced, and he is holding back a major part of himself, and has a huge secret she may not be able to live with.

The secondary characters in Four Letter Word are awesome as well. Jamie, the sexy surfer has that silly personality I love in a guy, and Tori is a girl I totally want to hang with. I can’t wait to read their story in Hit The Spot in December. Even though things moved quickly  for the couple in Four Letter Word, I found the instalove very believable because of the bond they formed before even seeing each other’s faces, and I love how she healed him. But whether she can handle his secret is another question entirely.

“Best two and a half weeks of my life came from a girl who was never meant to give me anything. And she was giving me everything.” 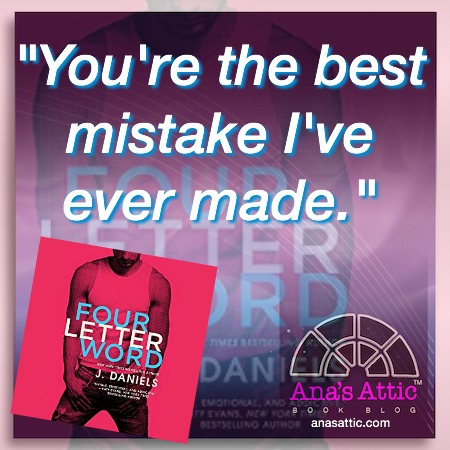 I absolutely loved Four Letter Word by J. Daniels. While I don’t like to compare to other authors, J. Daniels gave me the feel of my favorite author, Kristen Ashley, but it never felt like she was copying. I loved the way the couple got to know each other before ever seeing each other. The mixture of fun banter, damaged hero, lovable heroine, good friends, secrets, healing, hot sex and believable love made Four Letter Word stand out as a favorite. The narration was amazing, and I think listening rather than reading may have even enhanced the book. I loved all the characters, and I so look forward to the next in the series, Hit The Spot. 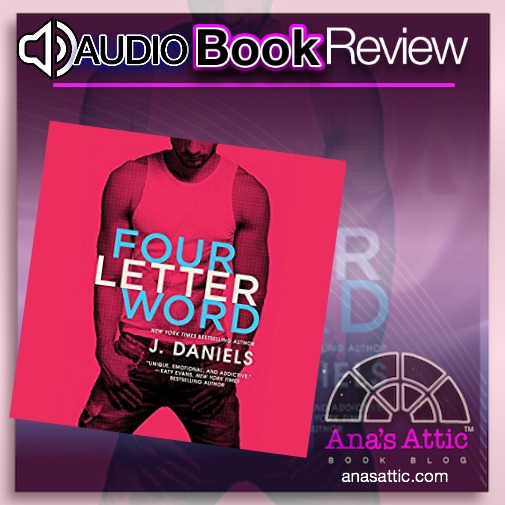