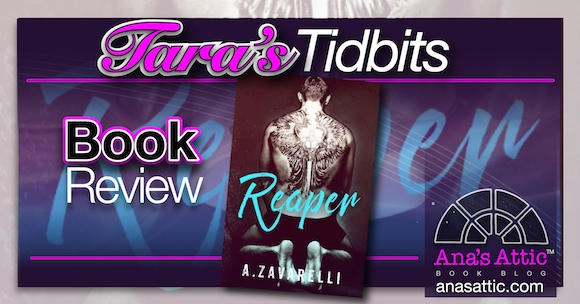 Reaper (Boston Underworld #2) by A. Zavarelli

I feel like I must start with a disclaimer, Reaper should be read after Crow which is book 1 in the Boston Underworld series. I know it says that it is a standalone but I feel like you do your sell a disservice if you don’t get the full story of all the characters involved. Ok now that I’ve said my peace about how important it is let’s get down to the nitty gritty of this sexy novel about hot as sin Irishmen who only wears suits and glasses, that’s right ladies SUITS and GLASSES!!

Ronan Fitzpatrick better known as the Reaper is a trained killer for the Irish, he handles all the things and people that underhand the family. Ronan was introduced in book one as Crow’s best friend and right hand man. We only got little snippets of Ronan in book one but we knew he didn’t talk much and believe me this book will open it all up with why he doesn’t. His story will rip you up. I’ve really never wanted to fix a broke soul as much as I wanted to fix Ronan.

“Damaged souls have their own beauty. A dark terrifying beauty. The same type of beauty I recognize in Ronan”

Sasha Varela we also met in book One. she is a dancer at Slainte, the club the Crow owns and she is now at a point in her life where everything is going to crap. She’s had enough, she’s done with a capital D. In Crow, I thought she was a certain way but after reading Reaper, my eyes are now opened that that indeed was not the case, which also proves that you must read book one as well to know what I’m talking about.

Sasha is caring for her dying mother and trying to get her life on track when Ronan throws the biggest curve ball in the history of curve balls at her.

“It’s not soft. It’s not sweet. It’s something wild and three long years in the making. A kiss that purges the memory of all other kisses before him.”

Watching these two characters try to come together put a smile on my face and for the first time in a long time had me not putting my kindle down because I wanted to know what was going to happen. Were they actually going to get together? Was he finally going to tell her how he felt? The questions that ran through me are endless and I can’t list them all because it will give some of the book away and that’s not fair… you must go forth and one click Reaper.

I hope you enjoy it as much as I did!

Purchase Reaper by A. Zavarelli 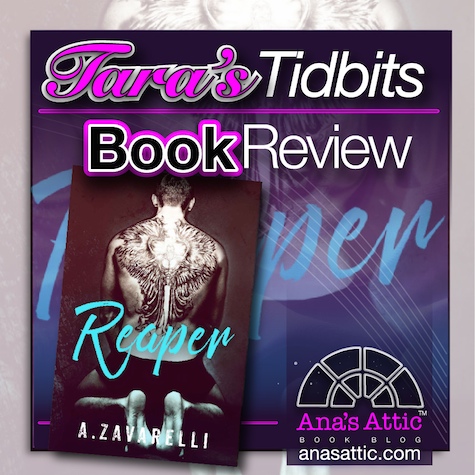