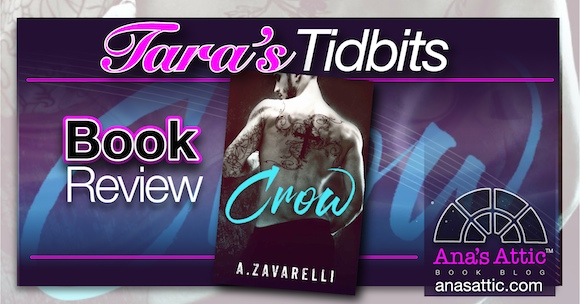 Crow (Boston Underworld #1) by A. Zavarelli

I found Crow by A. Zavarelli completely by accident while looking for something to listen to on audible that wasn’t something that was mainstream and saturating my newsfeed on Facebook, if that makes sense. Well apparently I missed the bandwagon, because I looked on Amazon and this book has had some great reviews but I don’t remember hearing anything about it, and I pride myself on our little group talking about books that make noise. So this book/ series has either been a well-kept secret or it’s just not getting the publicity it deserves.

I have to say once I saw a book about the Irish mafia I was like hello YES PLEASE…. Men with Irish accents, CHECK. Men that are dangerous, CHECK. Alpha males, CHECK. Plus a strong female, CHECK. I one-clicked the book and audiobook upgrade right away (I ended up reading about 90% and listening to 10%).

This is the story of Lachlan Crow, a high up in the Irish mafia and a true blooded Irishman with his sexy Irish accent and his broody personality. He doesn’t have time for distractions, and women are distractions; women in general are sneaky and liars. Lachlan has a dangerous persona and a lethal reputation that precedes him wherever he goes, men fear him and women throw themselves at him.

Mackenzie “The Butterfly” Wilder is the daughter of a boxer who was killed by the Russian mafia when she was just a kid, but that’s not what has brought her into this life, and I won’t spoil that surprise for you either. But losing her father at such a young age made her become a fighter and not just a “I have to fight to live” type of girl, no she is an “I have to fight just to stay alive today.” Having that kind of life is what brought her to her first meeting with Lachlan Crow, and how she caught the eye of the man who doesn’t do distractions.

“A dark energy crackles to life between us as I stare into those savage irises. They swirl with an intoxicating and vivid array of colors I can’t drag myself away from.”

The author made me feel everything the characters were feeling in the moments and it’s been a long time since I’ve been sucked into a book so fully that I couldn’t put it down and that I had to jump right into book 2. Both characters are broken souls and have their own agendas to stay on the tasks at hand but somewhere along the story, the lines blur and the push/pull of possessiveness begins. It’s like a car crash this part, you don’t want to put your book down, you can’t look away because you know the peak, the drama, climax is coming and you must see it through to see how they survive it. To know if they make it through in one piece, if the happily ever after occurs. I won’t tell you because I want you to read it like I had to, I want you to experience the anticipation of not knowing because I didn’t read others reviews to see if there was a HEA I read to see if they enjoyed the book. And I loved this one! The secondary characters played an amazing role as well and I was excited to see that Ronan has his own book and that it’s out now so I’m on to read REAPER now!

Purchase Crow by A. Zavarelli 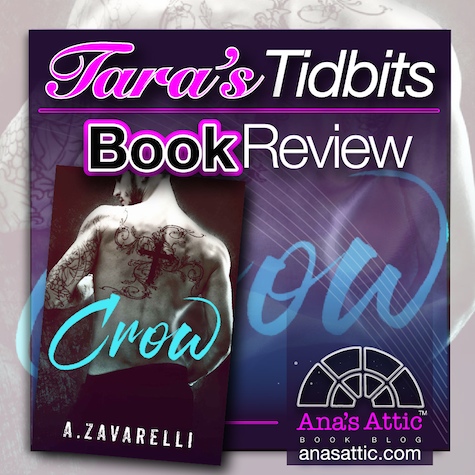