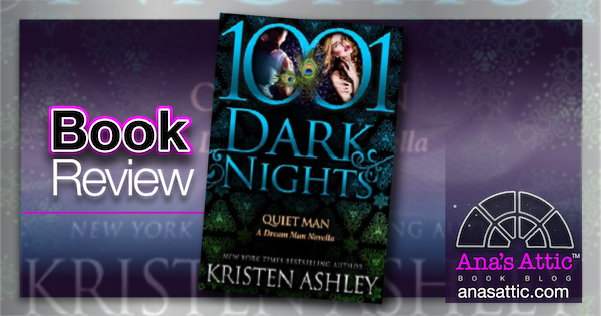 Kristen Ashley mixing the Dream Man Series with the Rock Chick Series is my idea of heaven. I was so nervous because 1001 Dark Nights tend to be shorter novellas and Kristen Ashley usually writes them super long, but I needn’t have worried, this would have been a full-length novel from most authors, and I didn’t feel that there was anything missing. 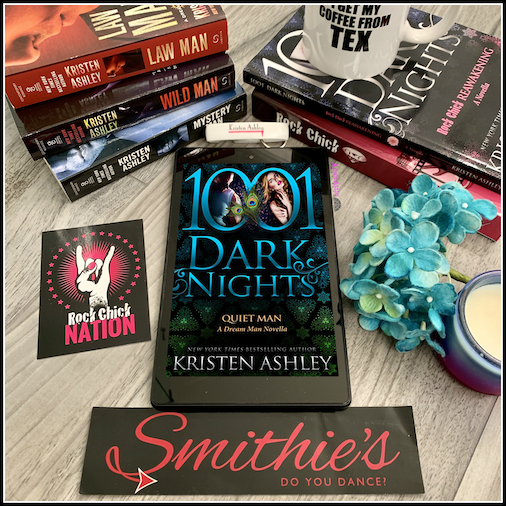 Lottie is Jet’s (from the Rock Chicks) sister. She’s the “Queen of the Corvette Calendar” and the headliner stripper at Smithies. While I thought she’d be wild and crazy, she turned out to be just as awesome as all the other Rock Chicks.

“Charlotte McAlister was a class act. Funny. Smart. Talented. Thoughtful. Together. Professional.
And sexy AF.
Yeah.
This job was totally going to be torture.”

When Smithie receives a scarily threatening letter for Lottie, he calls in Hawk and his commandoes to protect her and find the guy. Mo Morrison is the HUGE and quiet type. He’s always been professional, but with him guarding Lottie 24/7, even sleeping in the same room as her, she is hard to resist, especially because she makes it clear that Mo is totally her type.

“You know, this isn’t woman-falling-for-her-bodyguard syndrome, honey,” I told him. “It’s Lottie-falling-for-Mo syndrome.”

Mo is a professional. So even though the connection is instant, there is still a slow burn.

But when they are free to be together…sparks FLY. I loved this couple together. Lottie was everything I love in Kit’s heroines. She is down-to-earth, she is fun, likable, totally supportive, and everything Mo could ever dream of. And Mo, with his 3 older sisters, may be quiet, but he says so much without words. I also really loved Mo’s roommates and friends who we will get to see more of in the Dream Series that starts in May 2020. This got me so excited and was a great introduction. 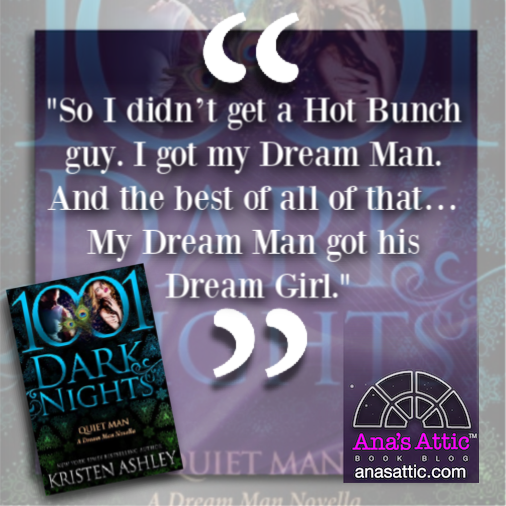 1001 Dark Nights are supposed to be an introduction to characters for people new to the authors as well as an additional story in a favorite series. It’s supposed to stand alone, and while the story does, I think there are SO MANY other characters that someone who hasn’t read the series will have a hard time. We run across at least mentions all the Rock Chicks, the Hot Bunch, the commandos and a bunch of side characters from both series, as well as the upcoming Dream Series characters. But if you know the players, this is a great addition to the KA collection.

I am never disappointed by a Kristen Ashley book. If you have any of the Rock Chick or Dream Man books I think you will love to revisit old friends. I absolutely fell in love with both Lottie and Mo, and though I wish it were longer, it didn’t feel too short or like it was missing something. It was a little campy, sort of like a reunion show, but it was also a great introduction to her next series, the Dream Series, coming in May. Is this an epic KA favorite? No, but I still enjoyed every word.

Please see my COMPLETE GUIDE TO KRISTEN ASHLEY for ALL THINGS Kristen Ashley! 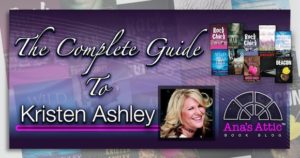 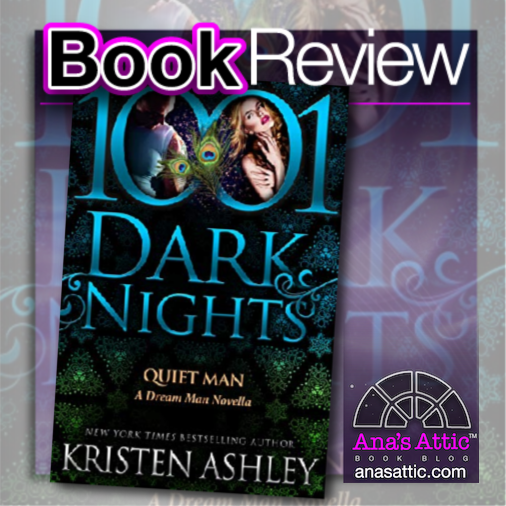