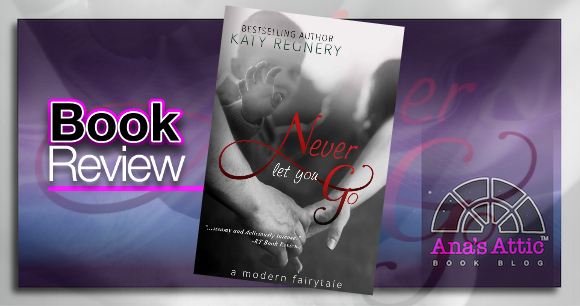 Never Let You Go by Katy Regnery is one of those epic books that stick with you a long time. It is the second in a series of completely unrelated standalones based on fairytales, this one is based on Hansel and Gretel.

13 year old brand new foster siblings, Holden and Griselda are abducted while at a picnic. Griselda insisted on going with the man and the puppy, and always felt bad she brought Holden with her. They were abused (not sexually), starved, and held captive by a crazy man, until they attempted escape, and only one of them got away.

Don’t look back, no matter what. Stone to stone. I jump, you jump.”

For 10 years Holden thought she was dead, and Griselda, consumed with guilt, tried to find Holden with no luck. But it didn’t matter. They still lived for the love they remembered. Griselda punishing herself for her part, and Holden trying to replace the hole in his heart. When on a trip with her abusive boyfriend, Griselda goes to an underground fight. And guess who walks in the ring?

We’ve always been together,” he whispered reverently… “Even when we were apart, we were still together. Even when I thought you were gone, you still lived inside my heart.”

It took a good portion of the book, told in flashback, to get to this point, and believe me, the tension was building so much I couldn’t put it down! These kids NEEDED to find their way back to each other! I was breathless and completely captivated by the story.

But then came the twist which brought even more angst! SO.MUCH.ANGST. Can’t these good people catch a break in their lives? Unfortunately, this is where the book lost its steam for me a bit. It was so unique and epic in that uniqueness, and then a common plot device was used that I just didn’t think was necessary, and though it added angst, it took away from the beauty of the story.

Are you whole or broken?”
“I’m b-broken,” he finally whispered. “But I think I could be whole again.”

Never Let You Go by Katy Regnery had all the makings for one of these epic 5+++ star unforgettable reads. It was an intense roller coaster, a life-long love, a story of danger and excitement that had me on the edge of my seat. But then there were 2 twists that just made it jump the 5++++ ship a little for me. They just took away from the amazing unique tale of a love that transcends time. Still, I can see that Katy Regnery will become a favorite author, her writing is brilliant, and I still very much recommend this story. 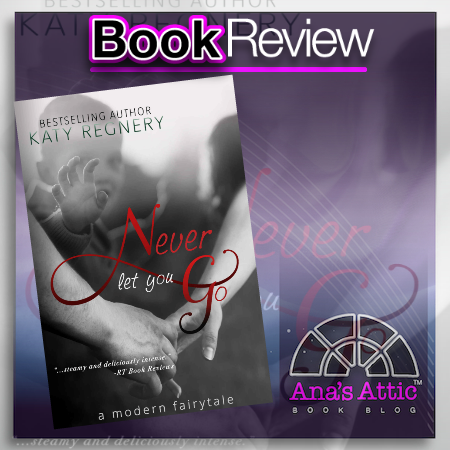