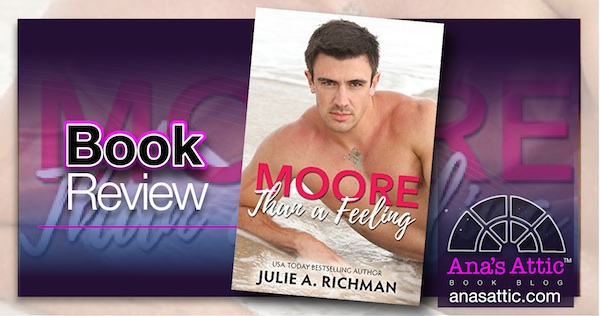 Moore Than a Feeling by Julie A. Richman

If you are a fan of the Needing Moore Series by Julie A. Richman, then stop what you are doing right now and RUN, don’t walk to go buy Moore Than a Feeling. This is a spin-off story about Holly (Schooner’s daughter) and Aiden. Though the romance between the couple stands perfectly well alone, there is as much attention paid to the side characters from the first series as there was to the main couple, and I found it to be a nostalgic visit with the Moores.

“Holly, you have the coolest parents who make the best musical references. I want to be adopted by them.”

It had been a few years since I read the Needing Moore Series and I was very concerned I wouldn’t remember enough, but I was pleasantly surprised that this new story dislodged most of my memories, and though getting reacquainted with all the characters was challenging at first, I caught up pretty quickly. But I actually listened to the first series, and because I didn’t like the male narrator, Schooner got on my nerves a little. Well, this time I read it, and guess what? Schooner still gets on my nerves a little. I said it about the original series and I’ll say it again now. Schooner is just too perfect (except his name). But I still loved visiting with Mia and him!

“Looking at Schooner, she shook her head in mock disdain, but the smile on her face told the real story. She had hung on his every word and would forever be thankful, for second chances, and for Schooner Moore finding his way back into her life.”

The story is told in a number of different points of view, and I feel that if it were just Holly and Aiden’s in first person it would have helped it seem more like a standalone about them rather than a reunion special, because I really loved their story.

Holly and Aiden were everything to each other until he broke up with her, stating he was getting back with his ex, before going into the army. Devastated, Holly acts out, bringing a man home old enough to be her dad (wait till you see who!). When she joins her family at the Fire Island house for the summer, she hears that Aiden is back, but he isn’t the same Aiden as when he left, and she knew that was probably why he sent her away in the first place. Disfigured and scarred, with severe PTSD, Aiden continues to push Holly away despite the obvious love between them. 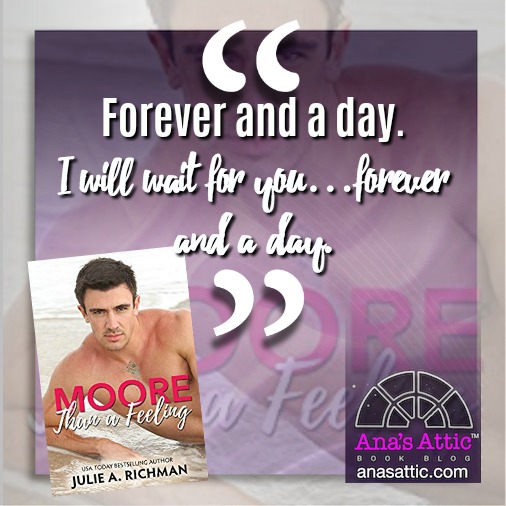 If you loved the Moores the first time around, you will totally love this nostalgic story that brings back all your favorite characters in an all-new second chance romance. I think there was a little too much attention paid to the characters from the original series to make this a full-on standalone even though the romance can stand alone, but it was a lot of fun visiting with this crazy family in Fire Island for the ultimate nostalgic beach read. 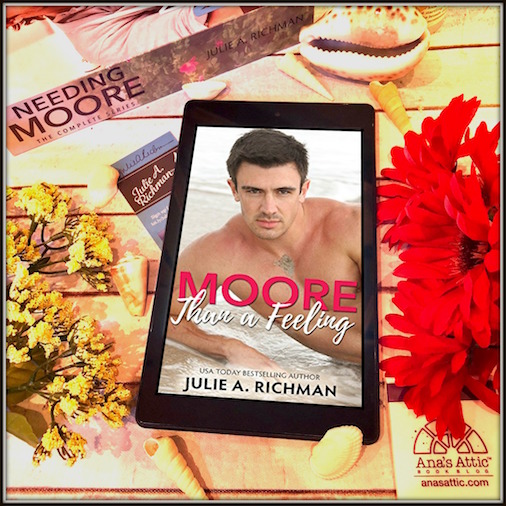 Purchase Moore Than A Feeling by Julie A. Richman

Best if you read this first: 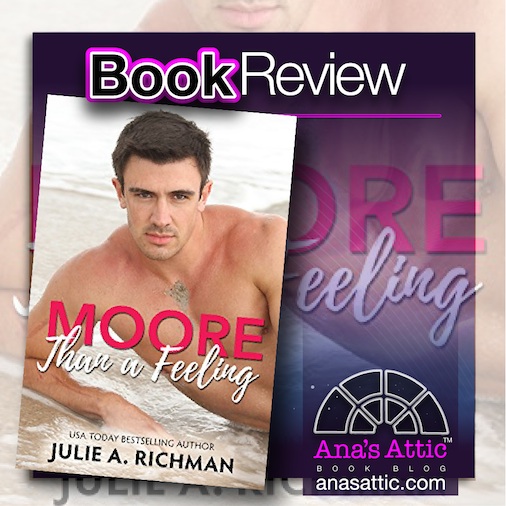